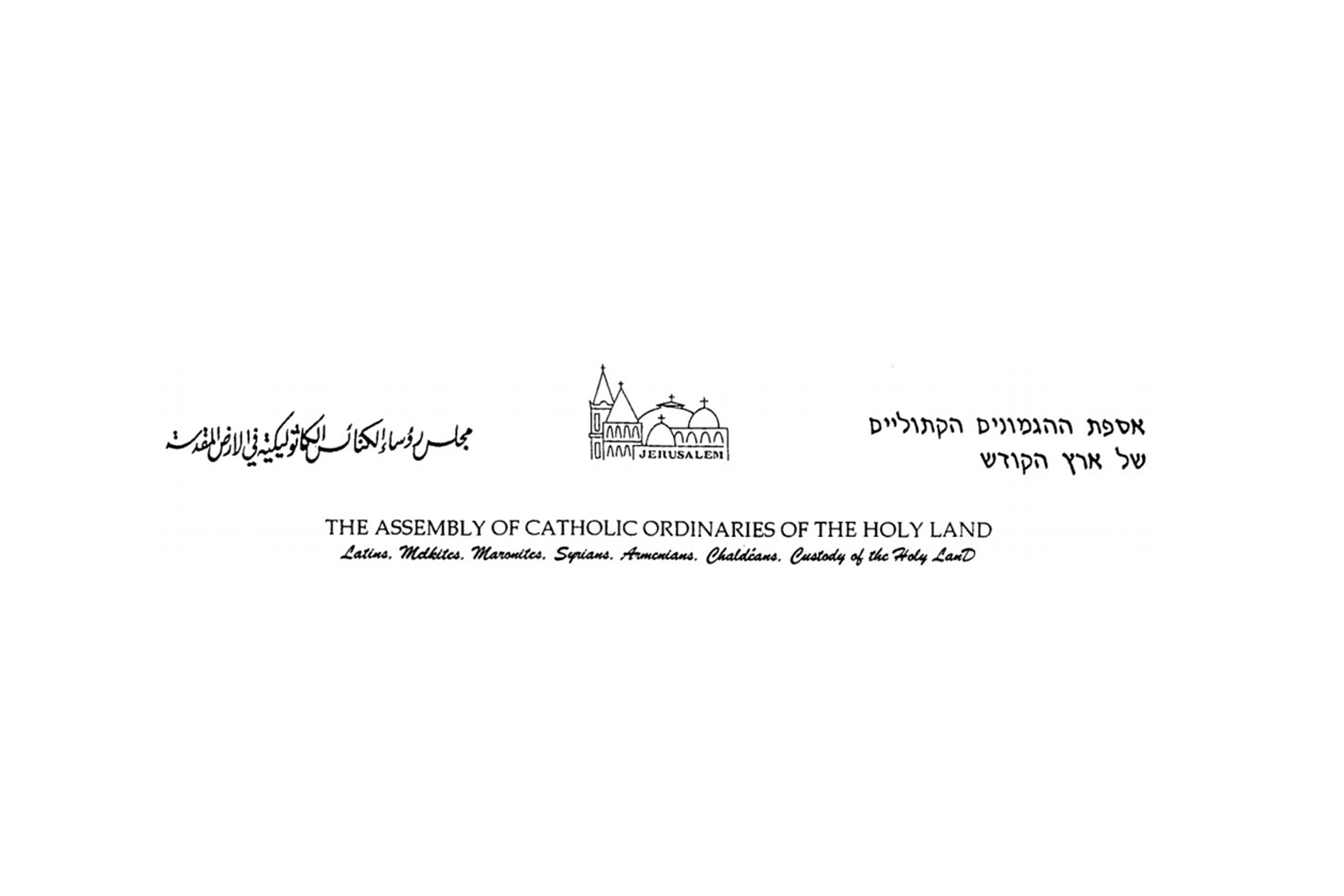 The Assembly Catholic Ordinaries of the Holy Land (ACOHL) met in plenary session on October 8-9, 2019 in Jerusalem, in the newly renovated Christian Information Center of the Custody of the Holy Land. The Pro-President, Archbishop Moussa El-Hage welcomed all 20 member-participants, the Pontifical Representatives, and Archbishop Joseph Matta of the Greek Melkites in Galilee, who attended the meeting for the first time.  New arrivals to the Assembly are most welcome as they bring new ideas and work with enthusiasm for the good of the Church. The Apostolic Nuncio in Jordan, Archbishop Alberto Ortega Martin, just appointed Nuncio in Chile, and Syriac-Catholic Exarch, Bishop Gregory Pierre Melki, were thanked for their diplomatic and pastoral service, in fraternity and simplicity of life in the five years and 17 years respectively, of their participation in the ACOHL meetings.

On Wednesday morning, the Catholic Ordinaries concelebrated the Eucharist on Mount Calvary. It was a strong and intense spiritual moment. At the foot of the Cross, the Bishops prayed for the suffering people of their dioceses and offered their concerns and difficulties to the Lord. "Into your hands, Lord ..."

The meeting agenda had three themes: to welcome and accept one another as brothers, to respect the dignity of the other, and to know how to live differently.

1.    To welcome and accept the other as brothers. Father Rafic Nahra presented the theme Migrant Training and Integration.  The presence of migrants in Jordan, Israel and Cyprus is significant. They are about 250,000, almost half are Christians. These migrants face many legal, social, economic and child-rearing challenges.  They are vulnerable to forms of slavery and even forced to choose prostitution as a means of sustenance and survival.  There are as well asylum seekers who by fleeing from their countries, find themselves exposed to violence, rape and abduction.

The Catholic Church by nature and mission, has a duty to educate the minds and the hearts of the faithful, who form the parishes and communities: to see in the other the image of God, and to live as brothers in Christ.  Groups of Christian migrants are asked to be open to a new culture without isolating themselves and walking away. This welcome and acceptance become a wealth and an opportunity for growth if it is generated by faith, supported by true love and nourished by hope.

2.    Respect for the dignity of the other. After a long process of preparation, the Ordinaries have read, reviewed and are defining the final text of the Code of Ethics for the life and work environments in Church-run institutions and organizations.   Everyone has the right to be respected and the duty to respect others with dignity.  Any act of humiliation, any offensive word, any attempt at violence are unacceptable and must be prohibited.  Our diocese, parish and religious institutions must give witness to the human and religious values that safeguard and ensure the growth of the human person.

The Code of Ethics of the Catholic Church, once published and distributed, will serve as a basis for the drafting of a Code of Conduct adapted to each Catholic institution. This is not an option but an obligation.

3.    To know how to live differently.  Father George Kraj presented on the theme: Self-Sufficiency at the Roots of Clericalism. The Church is not elite, clericalism is a caricature of the vocation. Experiences of any kind of abuse, poorly exercised authority and behavior that does not conform to the vocation received have helped to reflect the inconsistency of our life.  The vocation received should lead us to reflect on the coherence of our priestly life, on our dignity and baptismal vocation, and on the mission of the Church which is to be at the service of communion between each other and with everyone.  To live differently, it is essential to ask oneself: Where is the center of my life?

The insights and ideas arising from the sharing will be the focus of reflection during formation meetings of diocesan and religious priests. To know how to live differently takes courage, but it is the only way for us to be credible witnesses.

4.    The Ordinaries have taken into consideration the report on the Palestinian curriculum made obligatory in schools.  There are statements and indications in schoolbooks that can be misunderstood and lead to fanaticism and exclusivity. Since this does not reflect the political position of the State of Palestine, the Catholic Ordinaries referred this issue to the Secretariat for Christian Schools to follow up.

The Catholic Ordinaries thanked Father Iyad Twal for his service at the Secretariat of the Christian Schools of Jerusalem and Palestine. The new Secretary General is Father Jamal Khader.

The meetings for ongoing formation of the clergy are left to the initiative of each local Ordinary.

The theme for consideration and discussion at the next plenary will focus on theological, ecclesial and pastoral dimension issues regarding admission to the sacraments for non-Catholic faithful. To keep a conciliatory dialogue and avoid confrontations, serious and erroneous situations are often taken into consideration and tolerated.