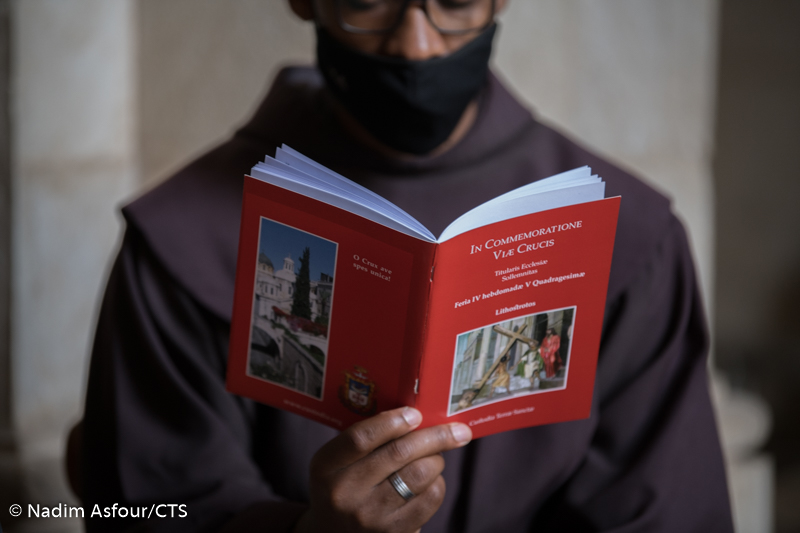 The last stage on the Lenten path of the Friars of the Holy Land in the places of the Passion of Jesus was on Wednesday 24 March to the chapel of the Condemnation of the Lord. The chapel is in the compound of the Convent of the Flagellation, which stands where the “Fortress Antonia” was in ancient times, in the Old City of Jerusalem. The chapel’s floor still has the large flagstones (which can also be seen in the neighbouring Ecce Homo shrine) and has been identified as the Lithostrotos, from the Latin lithostrotum, which means precisely “paved with stones”, i.e. the court where Pilate sat when he condemned Jesus to death (John 19, 16-22). Jesus left there carrying the cross to the place of his crucifixion and it is for this reason that all the pilgrims who follow the path of Jesus on the Via Dolorosa in Jerusalem start from that place.

A solemn mass, presided by Fr. Gregor Geiger, a lecturer at the Studium Biblicum Franciscanum, the Faculty of Biblical Studies and Biblical-Christian Archaeology, which has had its seat in the convent of the Flagellation since 1923, was celebrated in the Chapel of the Condemnation.

In his homily, Fr. Frédéric Manns, also a lecturer at the Studium Bliblicum Franciscanum, went over the path described in the readings that had just been made, highlighting how the figure of Jesus does what has already been announced in the Old Testament. “Just as Isaac was tied up to be sacrificed by his father Abraham (Genesis 22,1-18), Jesus was tied up to be taken to Pilate,” said Fr. Manns. Moses is also a prefiguration of Jesus on the cross, the bearer of victory, if we think of the episode in which Moses, remaining with his arms open in prayer, allows Joshua to win in battle (Exodus 17). The priest also wanted to emphasize the connection of Jesus with the Messianic oracles of the Old Testament, as in Chapter 11 of Isaiah and his representation both as king and at the same time as the shepherd of the flock.

“In this shrine, we have to remember today all the pilgrims who have passed through here. Let us pray for them and may many of them soon be able to come back, concluded Fr. Frédéric Manns.

After having recalled Jesus weeping over Jerusalem, his prayer at Gethsemane, his flagellation and after the pilgrimage to Bethany, the friars of the Custody of the Holy Land concluded the Lenten peregrinations in the place where Jesus was condemned. In the name of the Church, in the prayer of the faithful, they raised a single voice in supplication: “Here where Jesus was exposed to the crowd, innocent and condemned, rejected and humiliated, we pray to God so that he can make us aware of  how great and how faithful his love for us is.” 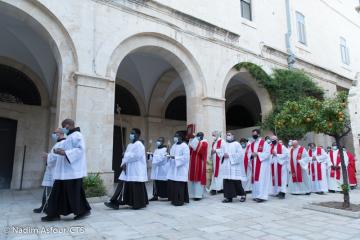 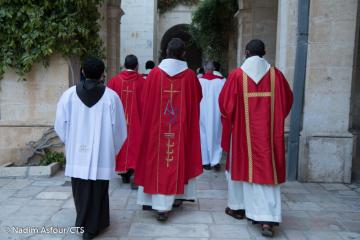 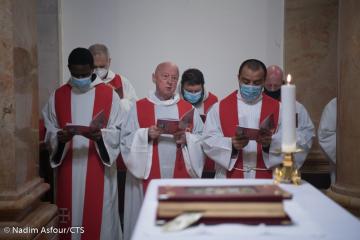 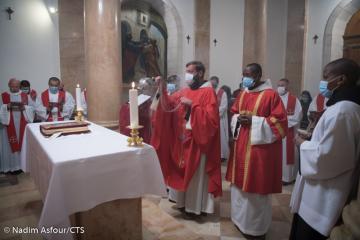 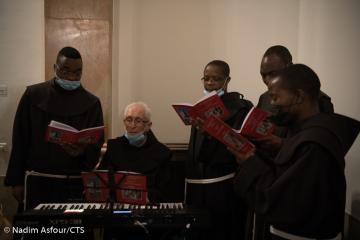 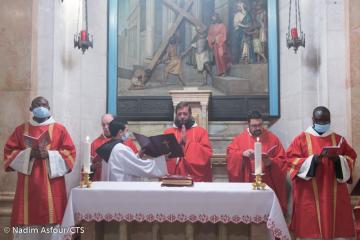 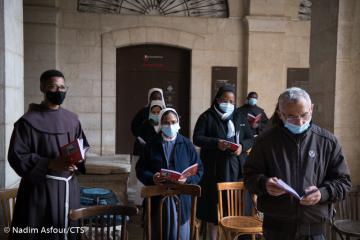 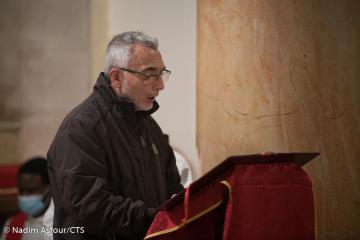 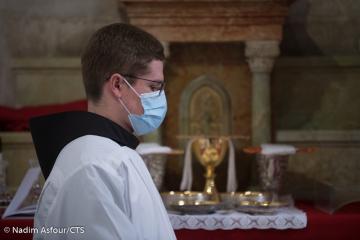 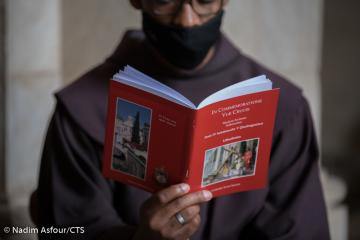 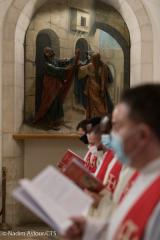 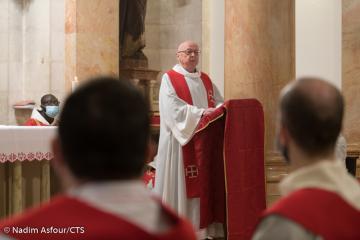 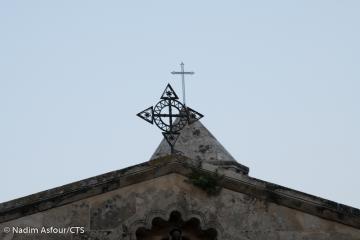 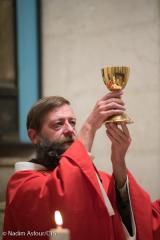 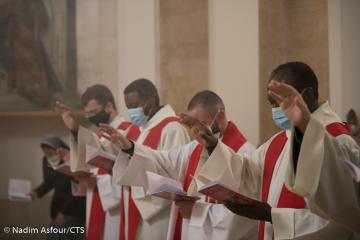 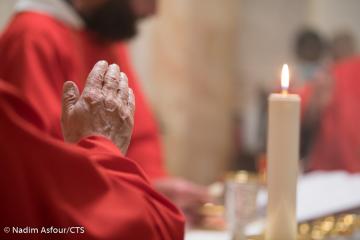 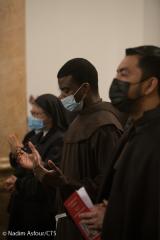 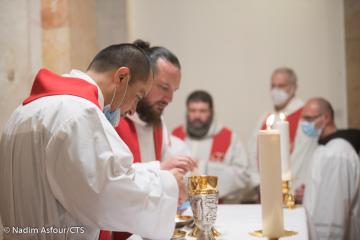