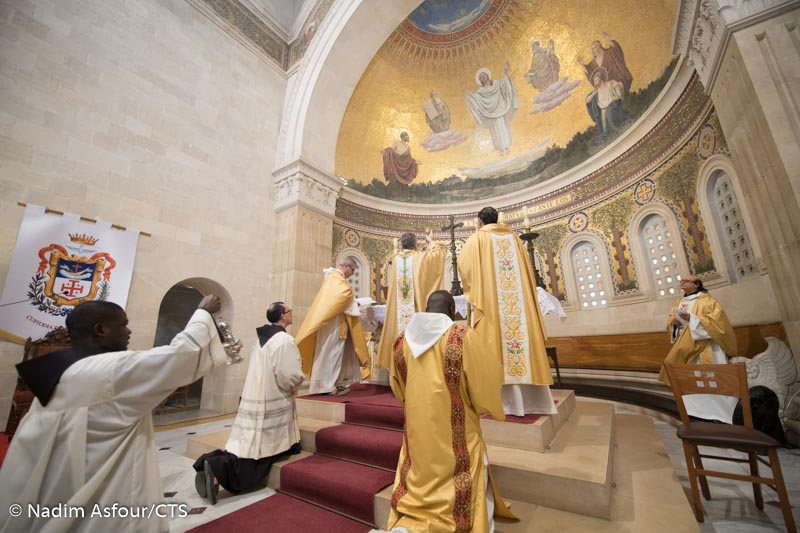 This year again,  the Transfiguration of Jesus was celebrated on Thursday 6th August at the shrine which commemorates this event, on the summit of Mount Tabor.

The major celebration, which attracted local Christians and pilgrims from the previous evening to camp on the Mount, has undergone the limitations due to coronavirus, which has forced the friars of the Custody to keep the celebration restricted only to the participation of the friars of the community that lives on Mount Tabor and other Franciscans who came for the occasion.

The Custos of the Holy Land, Fr. Francesco Patton, who presided the Eucharist, in his introduction mentioned the events in Beirut saying, “We want to pray in particular for the Lebanese people, for the city of Beirut that has been severely hit. We are asking for the gift of eternal life for the deceased, the healing of the wounded, the comfort of the heart, and the hope for a better future and peace for all.”

After reading from the Gospel, Fr. Patton oriented his homily on the manifestation of God that took place on this spot. "There are times in our life when the Lord Jesus appears to us in a particularly intense way," the Custos of the Holy Land said. "These are times that I would dare to define luminous,  times when God appears and reveals himself to us in a clearer way; they are times that leave in the heart a certainty about the person of Jesus and our relationship with him.” The Transfiguration narrated in the Gospels is one of those times that must always be carried in the heart’s memory. "If we do not preserve these luminous experiences in the memory of our heart, our faith will easily be overwhelmed in times of ordeal, pain, and difficulty.”

The community of the Franciscans of the Custody settled on the Mount from 1631, thanks to the goodwill of the Druze emir Fakhr al-Din, but we have accounts of the annual pilgrimages on 6th August from as early as 1620, the year when the Franciscans returned to live in Nazareth.

It is hypothesized that the high ground was already inhabited in the Canaanite era, which reinforces the idea that a shrine of the god Baal stood on Mount Tabor. The worship of Baal was exported as far as Rhodes, where there was a shrine of Zeus Atabyrios, but where “Zeus” stood for the main divinity of the Canaanites, and the adjective  Atabyrios indicates its origin on Mount Tabor, the Greek name of which was   Atabyrion. In times of war, the mountain became a place of refuge for the inhabitants of the whole area. The mountain was effectively surrounded by a wall as early as the times of the battle of the Hebrews against the Canaanites, again in the time of Joseph Flavius in the war against the Romans and then again in the period of the Crusaders.

Few accounts describe the past of the Mount. From as early as the pilgrim of Piacenza, in 570 there were already three basilicas, in parallel with the "three tents" narrated by the Gospels; on the other hand, a document from the time of Charlemagne describes the presence of four churches served by 18 monks. After the defeat of the Christians at the Battle of Hattin, Mount Tabor was abandoned. It was thanks to Frederick II of Sweden and his peace treaty with the Sultan Al-Kamil that the monks returned to the mountain until 1263 when the churches were again razed to the ground.

At the end of the celebration, the delegation of friars went in a procession towards the  Descendendibus Chapel, standing at the entrance – or the exit – of the Tabor shrine. This is where, according to tradition, Jesus told the disciples not to tell anyone what they had seen until “the Son of Man has been raised from the dead” (Matthew 17, 9). There, the Custos gave the friars some twigs from the Tabor oak,  an evergreen tree situated behind the Church, a symbol, and souvenir of the place and of the celebration. 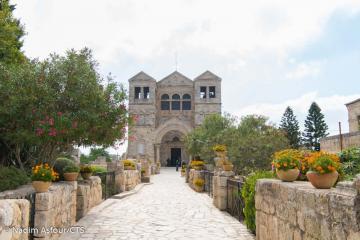 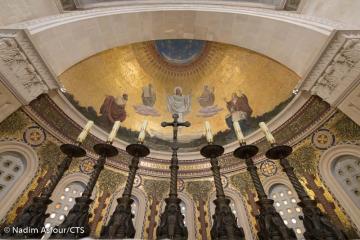 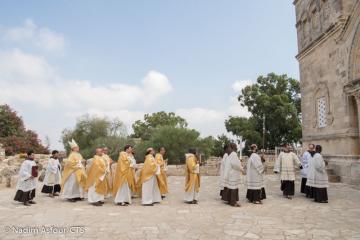 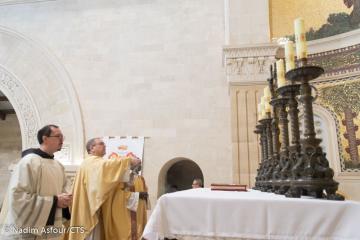 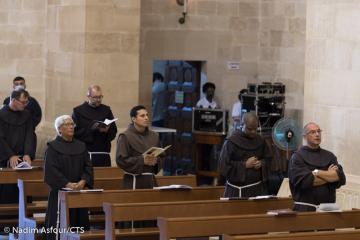 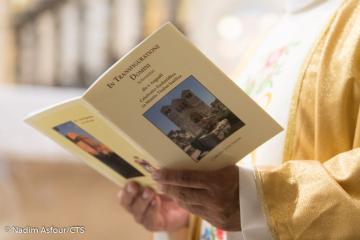 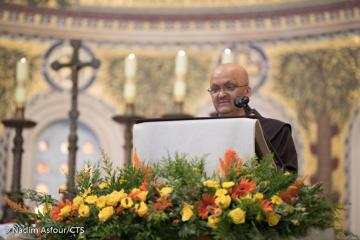 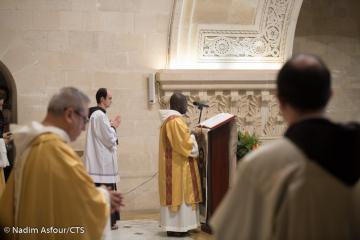 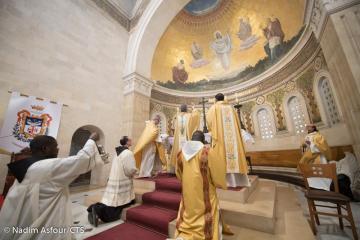 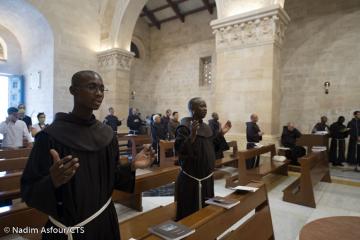 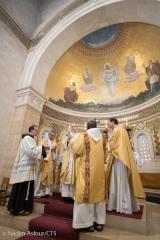 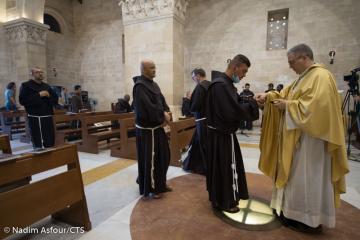 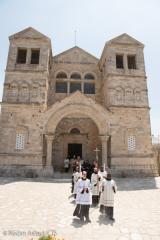 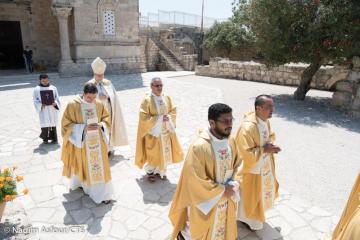 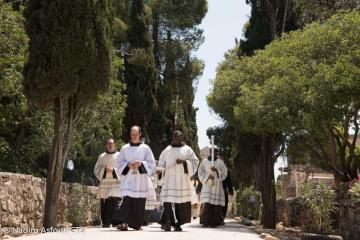 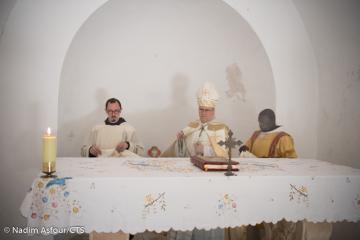 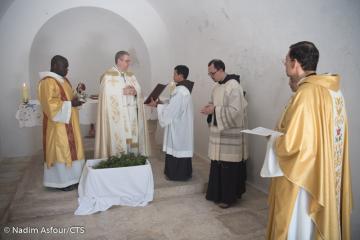 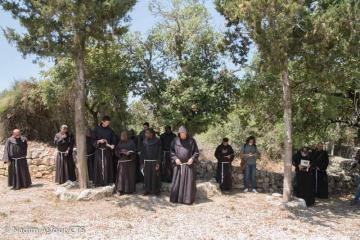 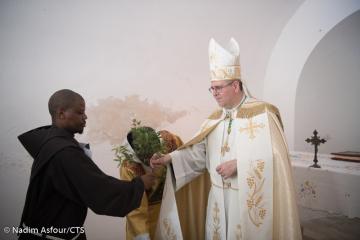