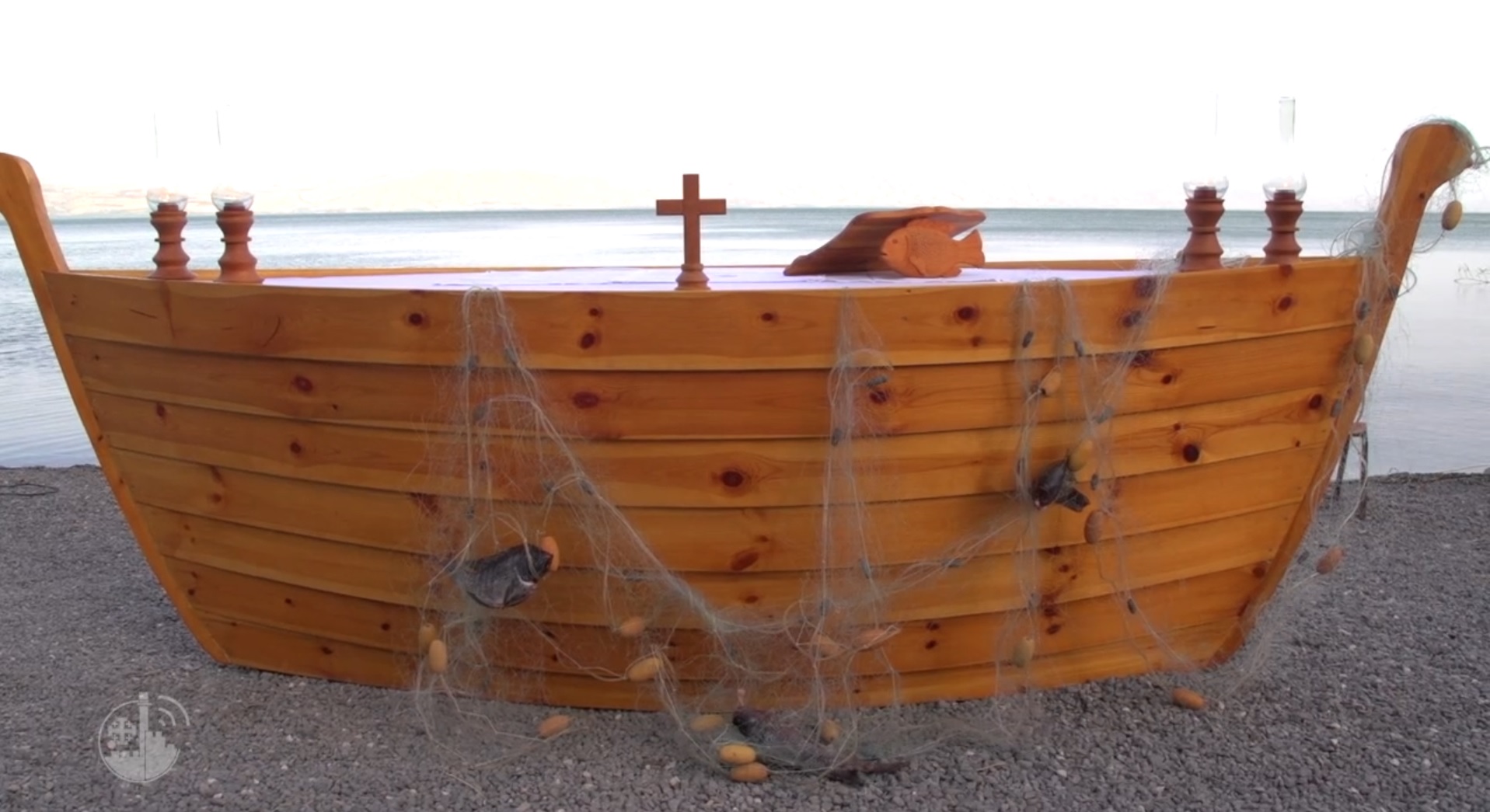 "Feed my sheep, feed my lambs." In Tabga, a small town on the Sea of Galilee not far from Capernaum, Jesus, the good shepherd, entrusts his Church to Peter. And here, in the place of the apparition of the Risen Christ and the conferral of the Petrine primacy, on the shore of the lake that has witnessed many acts of the Lord, the Custos of the Holy Land, Br Francesco Patton, presided over the Eucharist in memory of the feast of the Primacy of Peter.

Custos of the Holy Land

"We understand very well that behind this triple request there is also the second chance that Jesus offers Peter after the triple denial; and therefore through this triple profession of love, it is as if in some way the triple denial was also overcome. But then Jesus entrusts a pastoral task to Peter, which is the task of grazing, of shepherding, and therefore of bringing the sheep to grazing, of feeding them, and for this reason, the Church is also called the Church of the Primacy.”

Jesus, as we read from John, asks Peter three times if he loves him

In Tabga, Jesus reiterated to Peter his new ministry already expressed in Caesarea Philippi. Here, in fact, the Good Shepherd transfers to the first apostle the care of his flock, of his Church and at the same time reminds us of our responsibility as Christians.

Custos of the Holy Land

"We discover something about the meaning of the Church, the meaning of the ministry of Peter. And we also discover something regarding our being Christians as a relationship of love with Jesus on the one hand and as an invitation to the responsibility on the other, when Jesus asks us if we love him and we say yes to him, then he entrusts us with a responsibility". To Peter he entrusted the pastoral governance of the Church, to us he entrusts to collaborate in the pastoral ministry of the Church.”

In front of a boat-shaped altar, reminiscent of the one where Peter and the others were fishing when the Risen Jesus appeared to them, the faithful wanted to show their closeness to the Petrine primacy as they do every year, in front of the small sanctuary where you can find the stone, the Christi table on which Jesus and his disciples consumed the meal, prepared by the same Lord, after a miraculous fishing. A way of remembering, today as then, the joy of participating in the Lord's Supper.