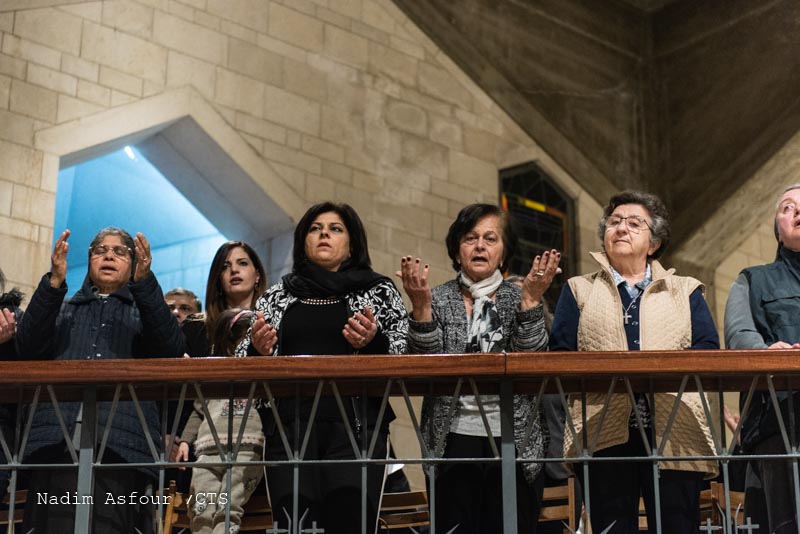 “I arrived in Nazareth in August 2019 and I was given a very warm welcome by the parishioners.” Fr. Marwan Di’des, originally from Jerusalem, has been the new parish priest of the Latin parish of Nazareth for a few months now. He has always felt this place to be familiar, as when he was a child he used to spend the summers here, visiting his mother’s relatives. In the city of the angel’s announcement to Mary, where the Basilica of the Annunciation stands, there are 8,500 Latin faithful in about 2,200 families.
“The parish is very much alive and people do not want anything material from the Church,” Fr. Marwan explains. “People are very interested in the liturgical and sacramental life and often volunteer for activities. There is a great deal of generosity and it is an  aspect that I did not expect to find.”
The figures of the parish office for 2019 speak of 114 First Communions, 40 weddings, 127 baptisms and 84 Confirmations.

As well as these numbers, what is surprising is the large number of groups of prayer, reflection and service: the parish council, the two groups of catechism on Fridays and the group of parents who accompany the children; the six groups of the Families of Mary, each one made up of fifteen families who meet for spiritual encounters and community activities; the groups of the Legio Mariae and the Catenians, men at the service of the parish who pray for the priestly vocations; the  Family Club, with forty-five families who meet to study the Word of God and the two choirs for liturgical service. For youngsters, there are the Scouts and then the groups of Franciscan youth: from the smallest Little Heralds to the youngsters of the Franciscan Youth. There are about eighty married ladies, now “retired” because their children are grown up or they are grandmothers, meet in the Club of Mary’0s light. As the Custody of the Holy Land, we are also working to establish the Secular Franciscan Order in Nazareth.”

“There is a great deal to do here,” explains Fr. Marwan, “and we divide the work up between the deputy parish priest Fr. Zaher, Br. Antonius and myself. The time when there is the greatest number of faithful is during Mass in the Grotto of the Annunciation on Saturday afternoons. The Christians have to adapt to the work and school hours of Galilee and therefore they prefer to come on a Saturday.” The weekly day of rest in Israel is Saturday and Sunday is the first working day of the week.
The three priests live in the brotherhood of the Convent of the Very Holy Annunciation of Nazareth, made up of about ten friars, who are also at the service of the sanctuary. The secretary Maroun and the head of communication, Najwat, who looks after the website, the Facebook account and the application of the parish,  work in the parish offices which are in the convent.

“Everybody in Nazareth is very devoted to Mary, but many people look for her in Fatima, in Lourdes and at times they do not remember that two thousand years ago, before all the other places where she appeared, the Madonna lived here,” says the parish priest. “The great devotion to Mary is also seen in the group of the Families of Mary, which has the aim of forming families to grow in their domestic faith. Therefore it is not only the parents that are involved, but also the children and the meetings are held once a month in the families’ homes.”

Fr. Marwan follows all the groups, as far as possible, because that is where he feels he was called: to preaching among the people, with youngsters and families. In the past fifteen years, he has worked in particular with the children of Bethlehem of the Children’s Home and as director of the Terra Sancta School. “I can see that the spiritual needs amongst the youngsters in Judea and Galilee are the same, even though the children have different names,” the parish priest says. “In Nazareth, however, they have fewer economic problems, and this makes them more serene. They feel more confident because they have healthcare, they have safe jobs, they know that one day they will have a pension, they have parents who work. Many of them work in their leisure time or for a year or two, immediately after having finished school, to study the situation of the labour market and calmly decide their future. Yet the spiritual needs are those of all young people: they are looking for the Word of God, they are looking for a meaning to their life, they are trying to understand how to make the teaching of the Bible topical in their lives.”

Fr. Marwan maintains that at a certain age all youngsters grow apart from the Church, but it is important to continue speaking to them despite the distance that is created. “This is why we have expanded our presence on the web and we want to further develop our application,” he explains. “It was developed four years ago by a parishioner and now we have hired a person who looks after it. The application in Arabic is called “Latin parish” and it contains appointments and information. This makes our voice more easily heard by those who are far away.” To dialogue with the youngsters, Fr. Marwan is inspired by a Bible divided into subjects of interest (young people, parents, family, bereavements, suffering, illness) which is very educational for them. “The most important thing, however,” he concludes, “is that they learn well what I define the “Catholic criterion”, not to seek justification of every personal action in the Word of God. We are the ones who have to adapt to the Word of God, not the contrary.” 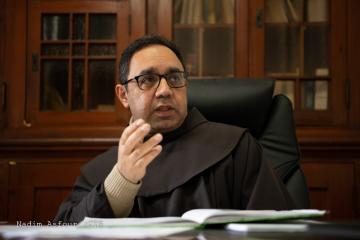 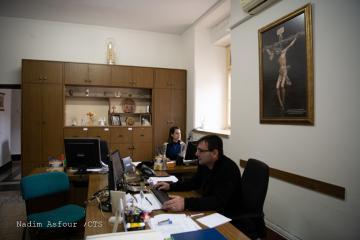 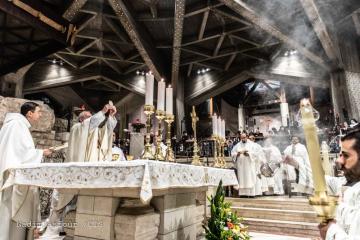 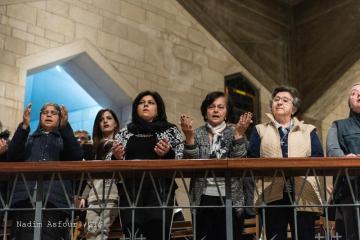 Jerusalem: three ordinations of deacons on the day of the Immaculate Conception