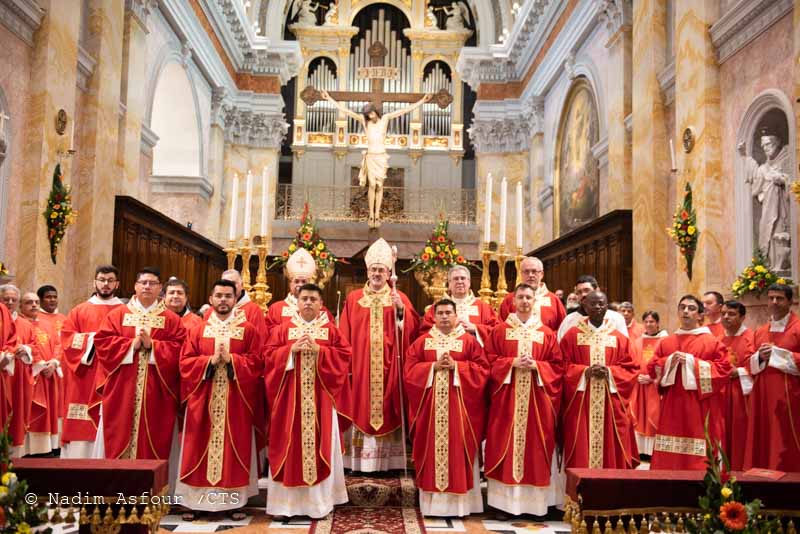 Six Franciscan friars were ordained presbyters on Saturday 29th June at the church of St Saviour in Jerusalem, with the laying on of the hands of the Apostolic Administrator of the Latin Patriarchate of Jerusalem, Monsignor Pierbattista Pizzaballa.

From Brazil, Congo, Mexico and Nicaragua, the six Franciscans have recently ended their course of theological study and the years of Franciscan training. The ordinations took place in the presence of the Custos of the Holy Land, Fr. Francesco Patton, who presented the ordinands to the Archbishop at the start of the celebration of the Eucharist, to the Auxiliary Bishop of Rio de Janeiro and the Franciscan Provincials of Mexico and Peru.

In his homily, Monsignor Pierbattista Pizzaballa went back to readings of the day, taking inspiration from the figures of Peter and Paul as examples of priestly life, to better understand the moment that was being celebrated. “It is not the Peter of the Gospels who appears in this piece, “commented the Archbishop, “he is patient, he has learned to trust, he knows that his life belongs to someone else. He can live or die, what is important is that his living and his dying say something about the life of Jesus: Peter, afterPentecost, is a free man.”The invitation is to give to God and to God’s wish the greatest trust on our lives. As peter does. The Apostolic Administrator then spoke of St Paul, emphasizing how, from the second reading, the change after his encounter with God was clear: "Paul takes stock of the situation and says that he has only faith left, after his encounter on the road to Damascus, God transformed his from being an observer to an obedient man.” “May your service,” the Archbishop concluded, “be a small reflection of the salvation to which Peter and Paul bore witness and which we are celebrating today.”

After the laying on of the hands and the vestition with the presbyteral garments, the Eucharistic celebration of the solemnity carried on with the new presbyters. At the end of the celebration, the Custos spoke to express his thanks to all those present and above all to the parents of the newly ordained priests. “Children are a gift from God,” Fr. Patton commented, “today you have returned them to God so that they become a gift for the whole world.” 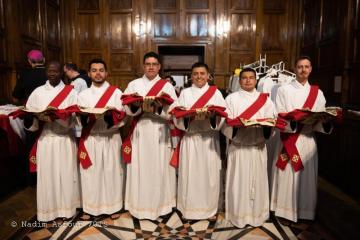 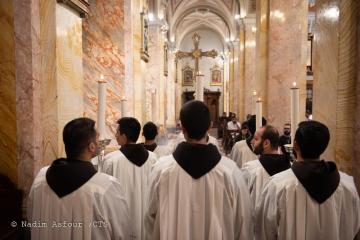 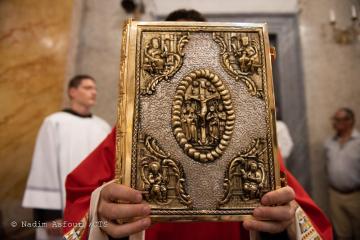 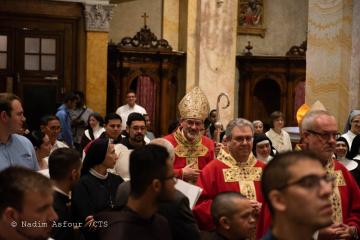 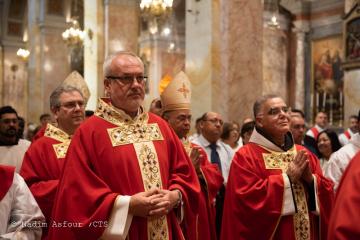 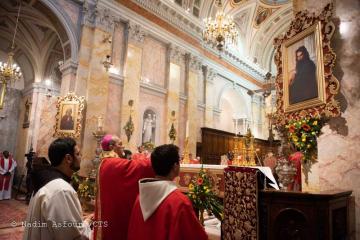 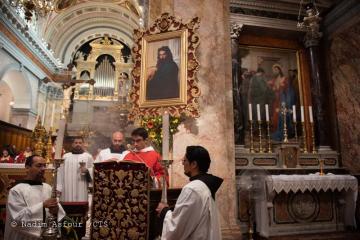 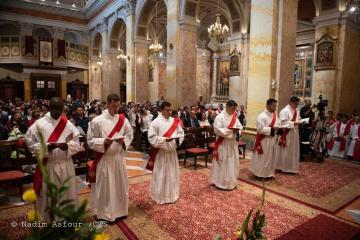 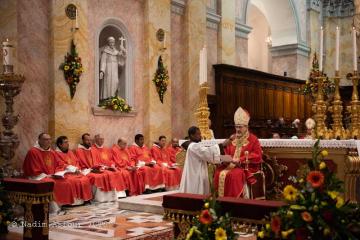 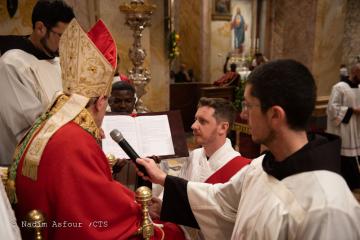 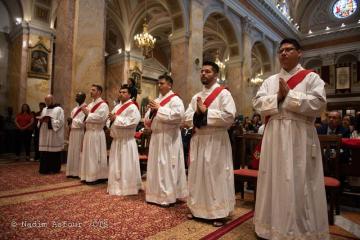 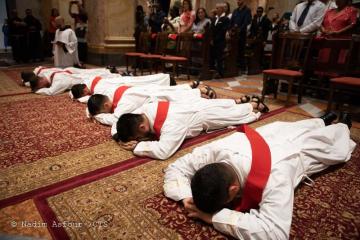 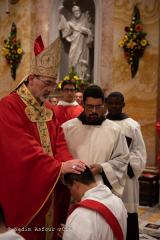 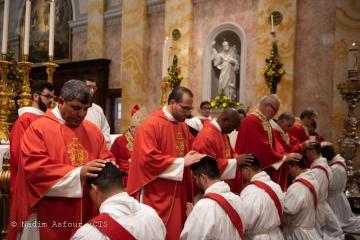 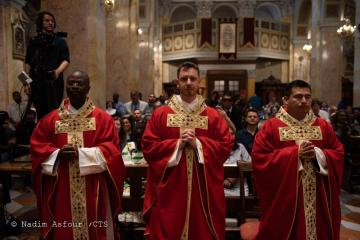 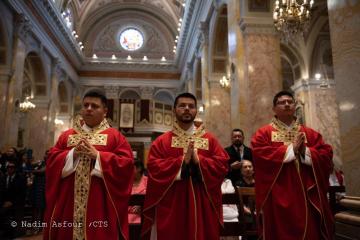 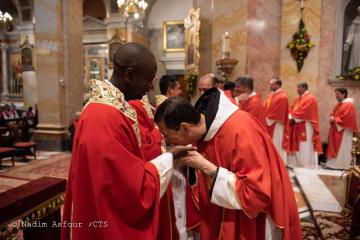 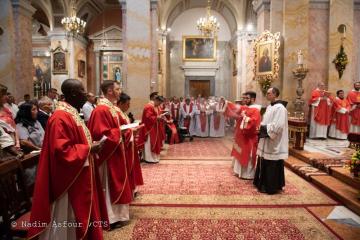 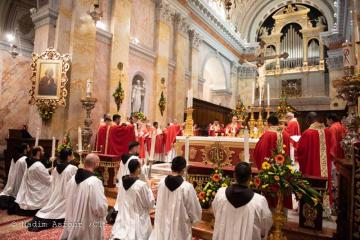 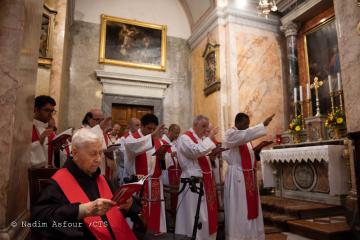 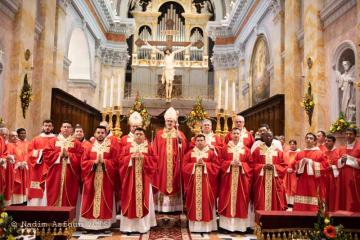 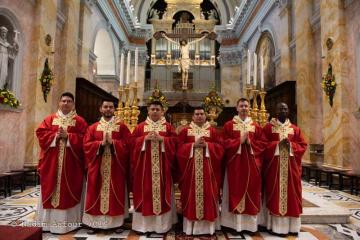