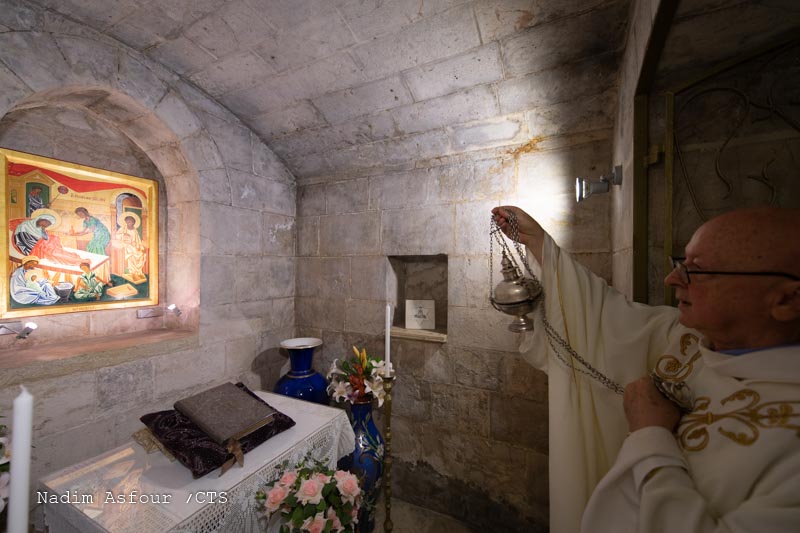 "The pandemic we are experiencing has created a climate of fear, which shows our interdependence. We are all connected, in good and evil, but to get out of this crisis we have to be united," is how Fr. Frédéric Manns, Biblical scholar and emeritus teacher at the Studium Biblicum Franciscanum, introduced the celebration of the Eucharist on Tuesday 8th September, the solemnity of the Nativity of the Virgin Mary and a celebration in honor of France at the Basilica of St Anne in Jerusalem.

It was a day of celebration that was different and particular, in view of the complete absence of French religious and faithful resident in Jerusalem, who usually take part in the event. This year, because of the situation related to the spread of coronavirus and until the next local measures are announced, everyone had to renounce taking part in the celebrations, The French Consulate in Jerusalem was represented at the celebration by Father Luc Pareydt, a Jesuit and ecclesiastical adviser of the Consulate.

"Today the design of God is carried out through the birth of this child called Mary," said Fr. Manns in his homily. "God will not complete his design except through the “yes” of this young woman, on the day when she can decide about her life. God is linked in his humanity to all this ancestry of men and women. He is linked to the free will of Mary, just as he will be linked to the freedom of choice of the disciples and, today, to that of each one of us."

The place where the Church of St Anne stands has its origins in the proto-Gospel of James,  which underlines how the house of Mary’s parents – Joachim and Anne – stood “not far from the Temple”.From the dedication of the small church built on the home of the two Saints in the 4th century, the solemnity was then spread all over the Western world by Pope Sergius I, of Syrian origin.

The Church is one of the Crusader buildings that has remained intact thanks to King Saladin, who transformed it into a Shafi’te Koranic school. For the Custody of the Holy Land, it is a traditional celebration, which has its roots in the past: even during the Muslim occupation, the Franciscans tried in every way possible to obtain access to guarantee the celebration and eye-witness accounts narrate that they succeeded by being lowered through a window which can still be seen today in the crypt.

It was not until the 15th century that the friars obtained an official firman which allowed them to celebrate on the day of the Virgin Mary’s birth, 8th September, and on the day of the Immaculate Conception, 8thDecember.

After the Crimean War, in 1856, the building was given to Napoleon III by Sultan Abdul Majid to thank him for his military support in the conflict. The present-day church, restored after the 1967 war which had caused great damage to it, is in the care of the Missionary Fathers of Africa, a missionary congregation founded by Cardinal Charles-Martial AllemandLavigerie.

"To let the work of God be carried out in our lived throughout our existence on earth, it is sufficient to open our heart to the grace of God who is always at work," concluded Fr. Manns. "All that is needed is to take time to meditate on the Word of God every day and to let this make room inside of us so that the Holy Spirit can  descend into our heart and can support us to welcome the call that we have received and be ready for our finest moments of uplift."

In conclusion, before the blessing, there was the traditional prayer for the Republic of France, in which the Lord was asked that the men and women of this country always seek justice to guarantee solid and real peace for everyone. 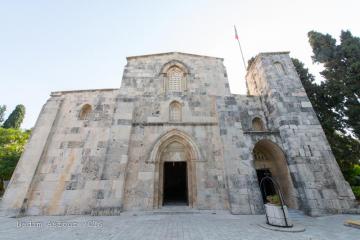 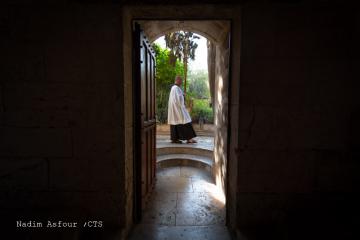 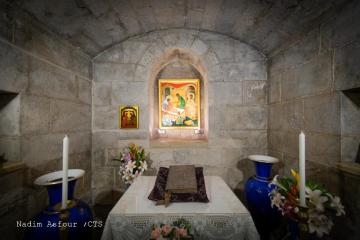 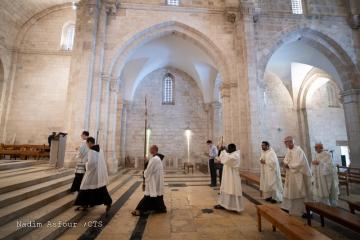 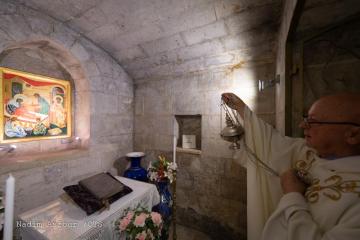 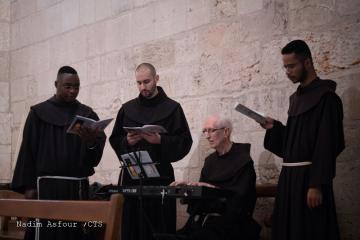 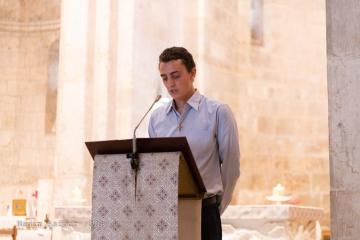 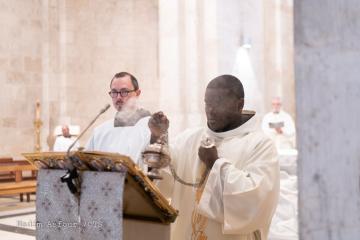 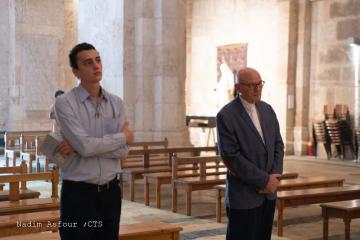 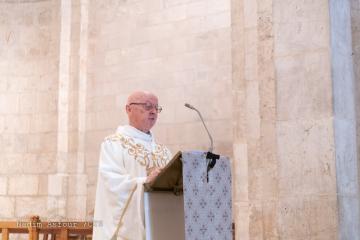 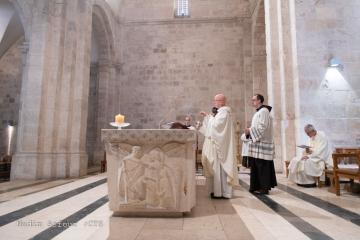 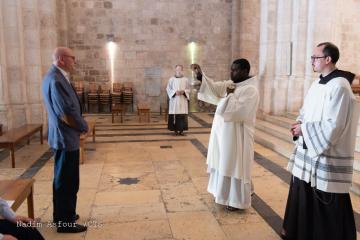 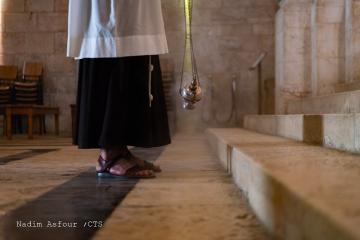 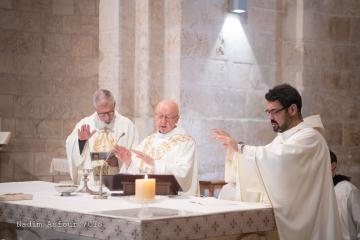 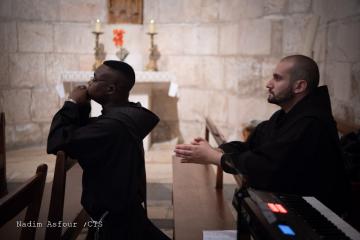 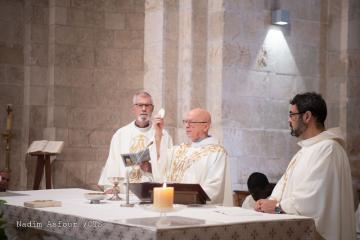 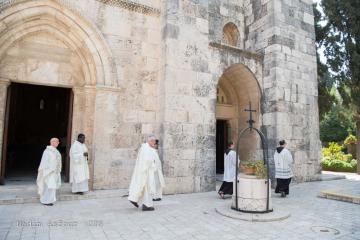