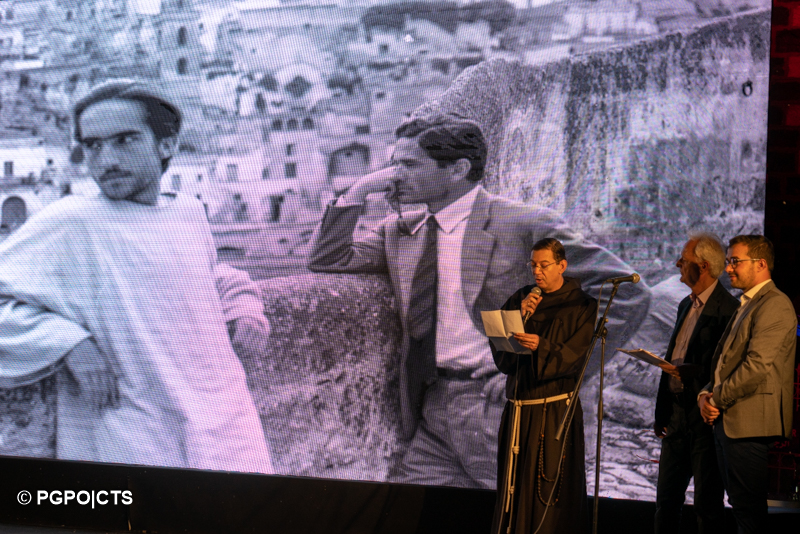 Two thousand years later, Jesus returns, on a cinema screen, to the shores of the Sea of Galilee, where he lived and was active during his earthly existence.

On Thursday 26 May, in the evocative archaeological area of Capharnaum, the Custody of the Holy Land hosted the screening of the film, “The Gospel according to Matthew,” a refined work by the famous Italian intellectual Pier Paolo Pasolini. The event was organized by the Italian Institute of Culture in Haifa (IIC) on the occasion of the events which in Italy and abroad are accompanying the centenary of the birth of the poet, who was born in the Friuli region on 5 March 1922.

The choice of the place was not left to chance: we know from the gospel of Matthew (Matthew 4, 12 ff.) that it was in Capharnaum that Jesus began his ministry in Galilee, as the Lord had moved to this village from Nazareth, after the arrest of John the Baptist. From the gospels, we also learn that Capharnaum was the town of some apostles, including Peter, as well as a village that had a synagogue which Jesus attended on Saturdays.

Today, the archaeological site of Capharnaum hosts the remains of the evangelical village where we can admire the ruins of the house of the apostle Peter, surmounted by the modern church dedicated to the saint and alongside a synagogue from the Byzantine era. The site is in the care of the Custody of the Holy Land and it is the Franciscan friars from the adjacent Convent of the Eucharistic Promise who welcome and look after the thousands of pilgrims who come each year to follow the footsteps of Jesus.

In addition to about one hundred people who came by bus from Haifa, the Franciscans of the Galilee shrine, the Guardian and the Rector of the Basilica of the Annunciation of Nazareth, Fra Bruno Varriano, ofm, the Ambassador of Italy in Israel, H.E. Sergio Barbanti and the director of the IIC of Haifa,  Dr Davide Denina, were also present.

Dr Denina, visibly greatly moved, welcomed the audience explaining how this very evocative setting could be an ideal tribute to the memory of Pasolini, “a multi-faceted and divisive intellectual, but at the same time capable – as in his Gospel -  of speaking with a voice of universal poetry.”

Father Bruno, speaking on the stage before the screening, recalled how the seductive and present-day strength of the Gospel can reach everywhere and the heart of anyone, and he also recalled how the Franciscans are the custodians of the power of this message through their care of the places of Christ.

Lastly, the ambassador, Mr Barbanti, paid homage to Pasolini, going back over his artistic production and developing a reflection which dwelled on the humanity of the director, expressed in the film through the choice of his characters and the technical stratagems which have made this film a work which, decades after it was made, still speaks to us and which we still admire.

The film screening was introduced by a concert of strings by the Quartetto Maurice of Turin, who performed a reinterpretation of the soundtrack of the film by Pasolini  (Johann Sebastian Bach and Wolfgang Amadeus Mozart), with the addition of modern tonalities (Giuliano Bracci).

Pasolini shot this documentary-film, made in 1964 and lasting over two hours, in Matera, Italy. However, the previous year, he had travelled to the Holy Land accompanied by the Biblical scholar Don Andrea Carraro of the Pro Civitate Christiana of Assisi, so that he could come into physical contact with the places where Jesus really lived and to get an idea of how to develop his “Gospel according to Matthew” as faithfully as possible. The film he made there took the name of “Seeking Locations in Palestine for the Gospel according to Matthew.” 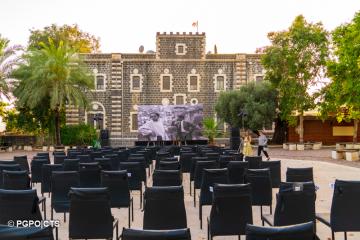 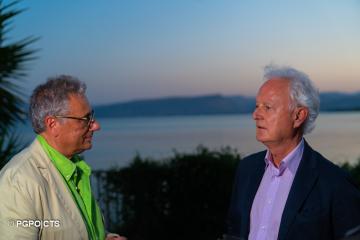 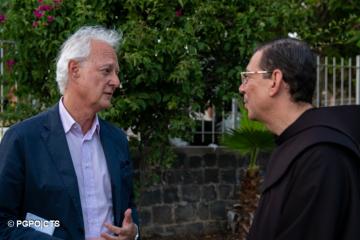 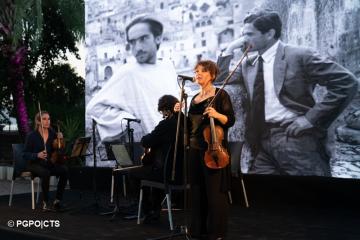 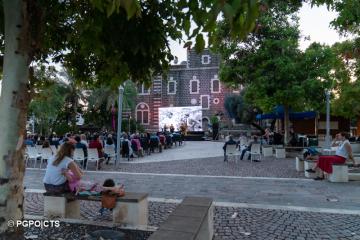 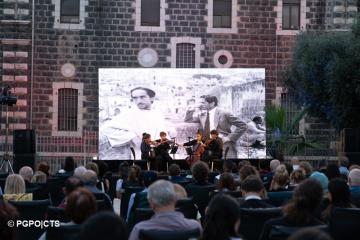 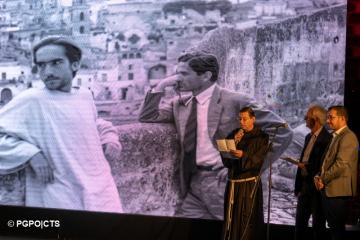 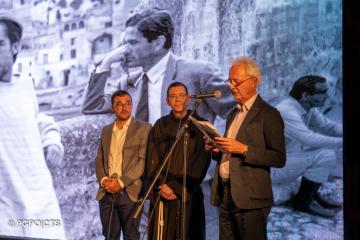 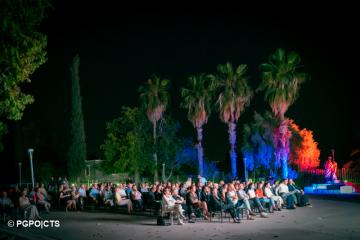 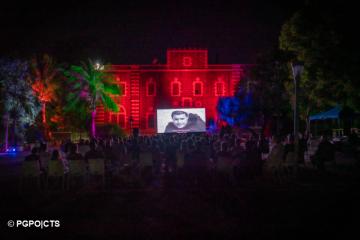