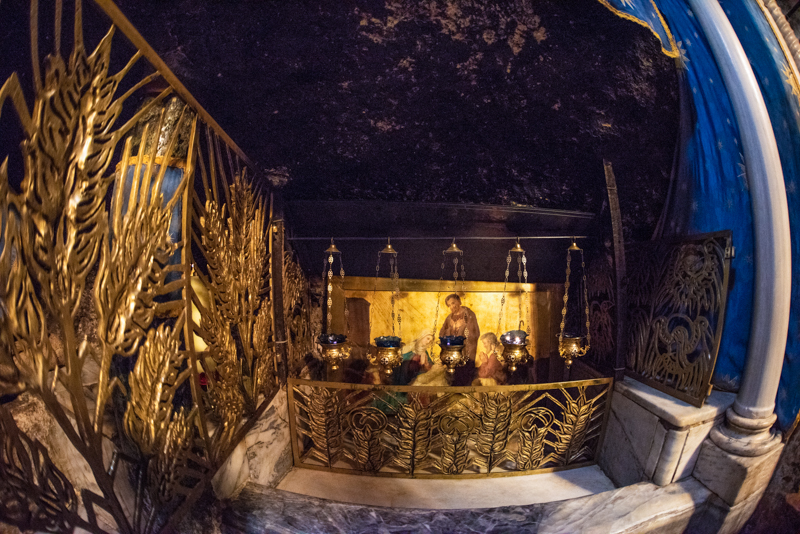 A small piece of the precious Relic of the Holy Crib of the Child Jesus will arrive in Jerusalem on Friday 29th November, a gift from the Holy Father Pope Francis to the Custody of the Holy Land.

The relic, donated by St. Sophronius, Patriarch of Jerusalem to Pope Theodore I (642-649), is currently in Rome, in the Basilica of Santa Maria Maggiore. It has contributed for centuries to marking the religiousness of the faithful in Rome and from elsewhere: every day a very large number of pilgrims from all over the world go to the papal Liberian Basilica in the capital to contemplate and venerate it.

A number of celebrations will be held in Jerusalem for the historic date of 29th November. It will be His Excellence the Very Reverend Mons. Leopoldo Girelli, Apostolic Nuncio in Israel and Cyprus, Apostolic Delegate in Jerusalem and Palestine who starts them with the celebration of Holy Mass,scheduled for 9.00 a.m., in the Chapel named after Our Lady of Peace in the complex of Notre Dame. As soon as this first celebration comes to an end, the faithful will be able to venerate the Relic.

In the afternoon, at 5.00 p.m., the Franciscan friars of the Custody of the Holy Land will go to Notre Dame and, after a moment of prayer, the Relic will be taken in a procession to the church of St Saviour, where the solemn celebration of the Vespers of All the Saints of the Seraphic Order will follow on, as well as the commemoration of the day on which Pope Honorius solemnly confirmed the Rule of St Francis in 1223.

On 30th November, in the morning, the Relic will be transferred to Bethlehem coinciding with the start of the celebrations of the Advent, so that the faithful and pilgrims can worship the crib which received the beginnings of our Redemption in the Franciscan church of St Catherine, next to the Basilica of the  Nativity.