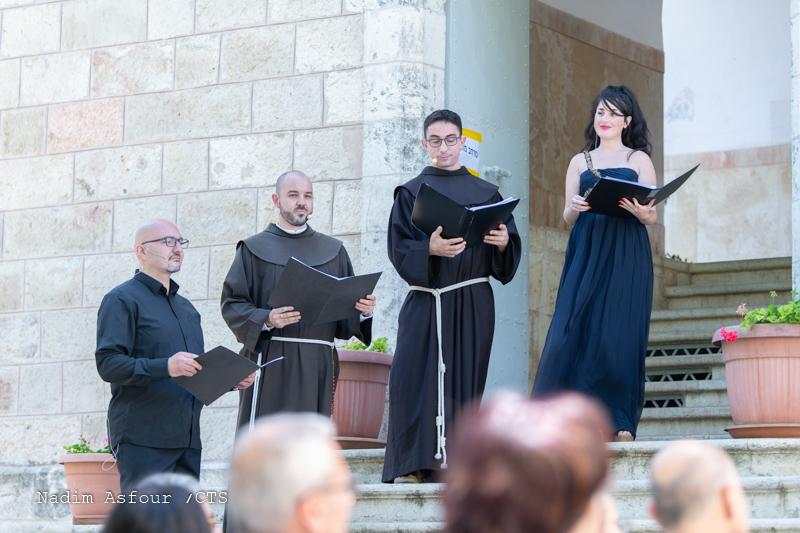 Three days of music to give a sign of hope: this is the message of the Ein Karem Music Festival, hosted from 15to 17 May in the Franciscan shrine of St John the Baptist in EinKarem. Despite the outbreak of the wave of violence in the past few weeks in the Holy Land, Fr. Alberto Joan Pari, director of the Magnificat, the Custody’s school of music, gave this explanation for the decision not to postpone the Ein Karem Music Festival.

The music festival was held thanks to the patronage of the Custody of the Holy Land, the Recanati family and PlazmaLab.

“We decided to hold the festival also to give a sign of hope that it is possible for Muslims, Christians and Jews to collaborate on something beautiful,” said Fr. Alberto. “This is also the message of our Magnificat Institute, which features in the first concert. It was the first open-air festival held after the year of the pandemic. We want to respond to the violence and the madness of these past few days with music and with positive messages.”

The Ein Karem Music Festival was held over three days, corresponding to the holidays for the Jewish festival of Shavuot as well.

“During the first concert on 15 May, the orchestra of the Magnificat played a mixture of music: from classical music to contemporary Arab music,” said KhenZimbalista, the founder and director of the festival. “The second was of jazz: we welcomedTaiseer Elias, an internationally famous virtuoso of the oud, and Guy Mintus, a young upcoming pianist in the jazz world. The third concert was of baroque music:the Magnificat Vocal Ensemble performed and the stage was also shared with Tareq, a Palestinian Christian from Bethlehem and Odelia, who is Jewish, from Jerusalem.”

Khen Zimbalista has been the director of this festival for six years, but this was the first time that the concerts were held in Ein Karem. In the past the festival had been hosted in a city in Galilee but, after the impossibility of finding a suitable place, Fr. Alberto Joan Pari had the idea of proposing the convent of the Franciscans of the Custody of the Holy Land, which is in Ein Karen and dedicated to St John the Baptist as the location. “Fr. Wojciech, the guardian of the convent, opened his heart and decided to host us. We found ourselves in paradise here and we even slept in the convent’s Guest House. The most significant thing for us was to see the generosity of Fr. Wojciech, Fr. Alberto and also of Fr. Severino, who looked after the cooking and the welcome.”

Khen Zimbalista dects the Zimbalista Music Factory, which has made this initiative possible. “The “car” of this factory is the orchestra and to make it work, we need music,” Khen Zimbalista continues. “The teachers sit in the front to drive and the students are seated behind them: they rehearse together and then they set off.” During the opening concert, Arabs, Jews, Christians and Muslims shared the stage.“We are here to respond to the madness which has happening, with music,” said Khen Zimbalista -. “We play every kind of music, even though classical music is at our base. The students who live in East Jerusalem East and who live in Tel Aviv play the same notes: music brings them together. They know the reason why they take part in our festival: to play, for the music. I don’t tell them that they should come to “make peace”. Peace exists for me.” With his commitment, Khen Zimbalista hopes one day to be able to fulfil an important ambition: “My wish is to take all this to the Vatican: I would like to play in the Vatican.” 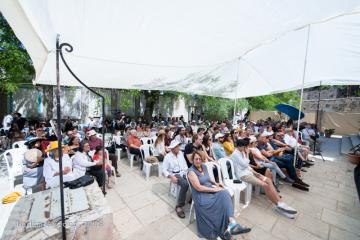 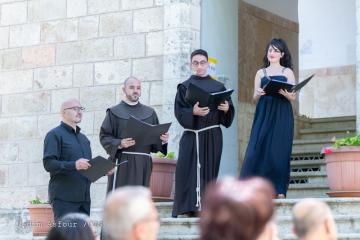 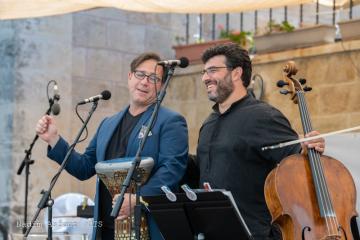 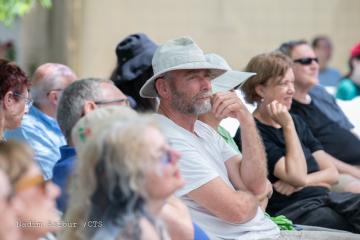 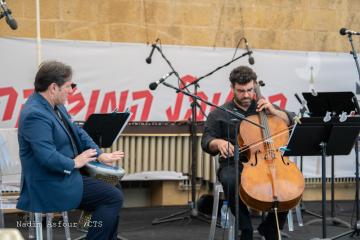 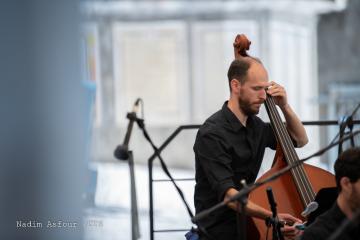 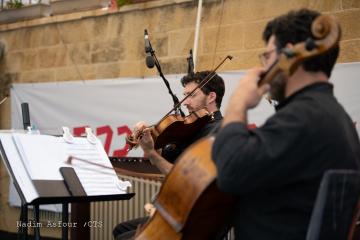 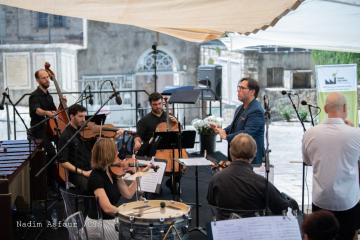 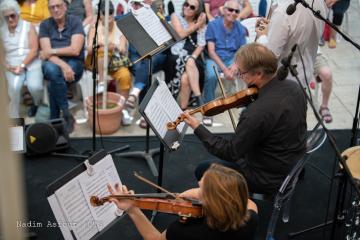 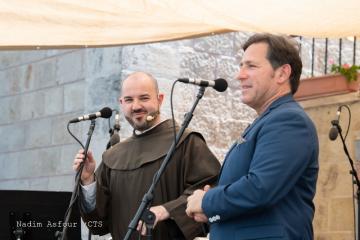 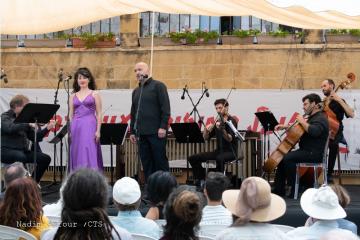 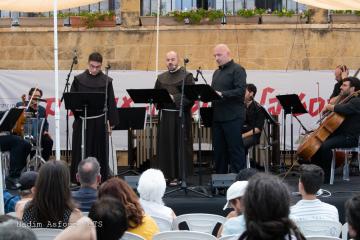 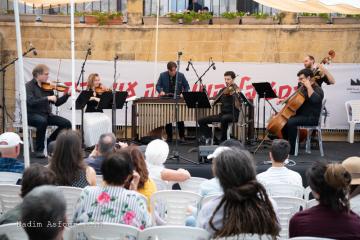 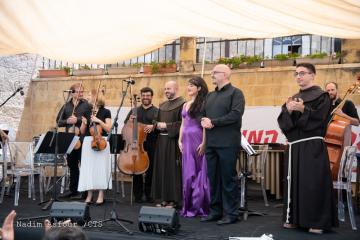 Christmas and Hanukkah: the celebrations of light

The community of Ain Karem discovers St John the Baptist