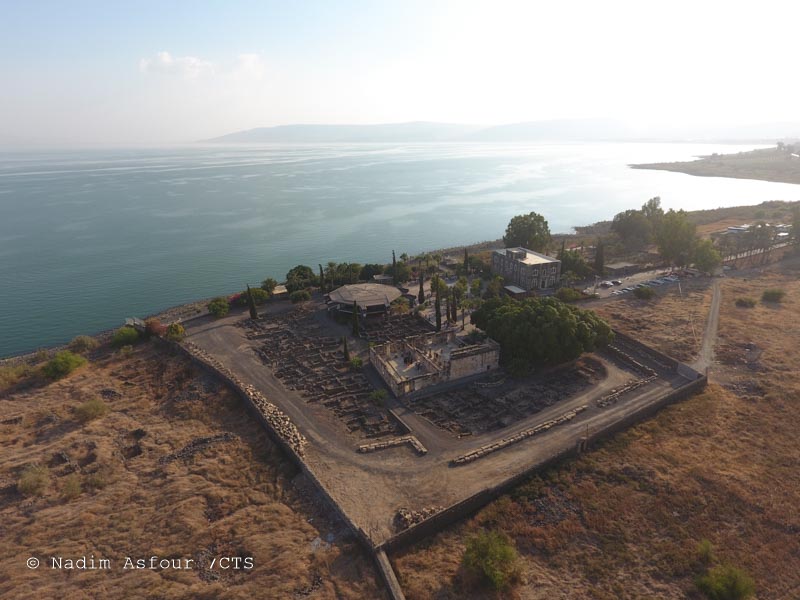 On 13 October, Capernaum with the title "City of Jesus" was visited by hundreds of pilgrims from all over the world, they arrived for a special day of "meetings" and to celebrate the presence, preaching and prodigies of Jesus.

It is certainly a very nice thing to see the pilgrims arrive. They arrived as early as the fourth century, when the pilgrim Egeria described her pilgrimage here to Capernaum. Today, I hope that coming here to Capernaum, pilgrims from all over the world can experience the same experience as that woman who was healed by Jesus even by touching the hem of his mantle. I hope that by touching the hem of the mantle that is this Sanctuary, an archaeological site, many pilgrims who come here perhaps as tourists, can instead encounter Jesus and find the faith.

Among the pilgrims is also the Minister General of the Order of Friars Minor, Fr. Michel Perry with his representative.

In the afternoon, Fr. Francesco Patton, Custos of the Holy Land, presided over the liturgy that began on the shores of the Sea of Galilee to commemorate the gestures made by Jesus. After the reading of the biblical texts, the procession began toward the excavations of ancient Capernaum. A moving moment and a memory of the various Gospel accounts that have taken place here.

The Eucharist was celebrated in the sanctuary built above the house of the Apostle Peter; considered one of the greatest archaeological discoveries made by the Franciscan friars.

The Father Custos wanted to remember three people who, in Capernaum "are put back on their feet by Jesus": Simon Peter the fisherman, the paralytic and Levi the publican. He puts them back on their feet - continued Fr. Francesco - giving confidence, entrusting them with a mission, offering forgiveness and healing, calling for a discipleship. That is, a personal relationship.

During the offering celebration, fruit baskets were brought as a sign of God's act of grace for the goods received in the last harvest of the year. Fruit that was then distributed after the final blessing.

It is certainly a meeting place, and many others which we do not know, but certainly on the shore he met many other people, not only when he preached from the boat of Simon but also while he walked.

For the Minister General of the Order of Friars Minor a further opportunity for meetings.

This is an opportunity to visit the friars, to feel them, and to show our closeness ... they have 800 years of presence, after Saint Francis, and I believe it is very important for the Order, as well as for the Church. Because at this moment the church is looking for the positive signs; of hope, of joy, the signs of the knowledge of Christ, which is the center of everything; of our life, of the world. We have come here to welcome and accompany the friars, but also to welcome what the Lord wants to tell us; he wants to invite us to undertake at the level of the Order of the whole Universe.

In every place I meet friars who are here today, some are older, others are younger who have arrived here recently. All are giving their lives for these places, and fundamentally this means giving life for Jesus himself, for evangelization, for the Gospel, and in some way, they witness the discipleship of Jesus to the whole world.