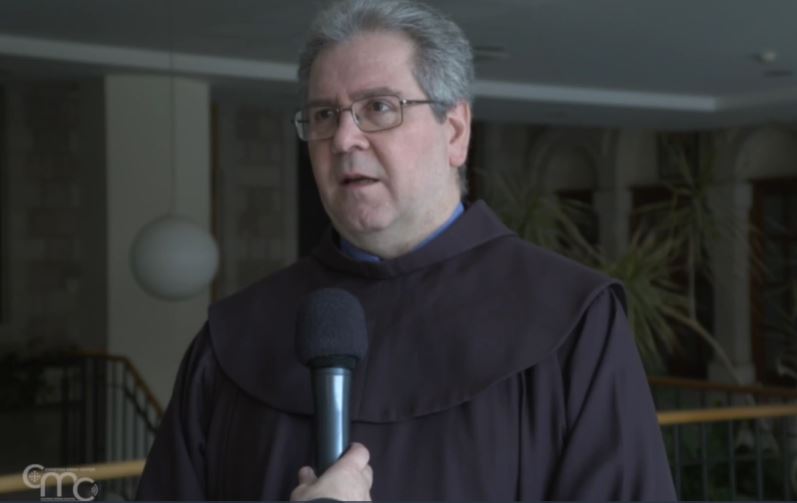 "There's a time for everything under the sky," says the Qoelet. A few weeks ago we reported a large number of pilgrims present in the Holy Land: their growth was clearly visible in the streets and Shrines.

A few weeks later, the situation and the statistics are quite different due to the spread of the Coronavirus also in Israel and Palestine. A drastic drop, recorded by the Franciscan Pilgrims' Office in Jerusalem: The Office has cancelled all the masses booked by groups of pilgrims in all the sanctuaries of the Holy Land from March 12. Thousands of celebrations were still held in January and February, and by March their number dropped to zero.

Br FRANCESCO PATTON, ofm
Holy Land Custos
"The feeling is that of a dramatic moment, clearly a moment of emergency, because we've witnessed this reality in recent years only during wars or moments of physical danger. Now the danger is this virus, which is now widespread throughout the world and it is right, at this time, to protect people's health. It is right to temporarily suspend pilgrimages, and it is also right that we are the ones praying in the holy places for all those who cannot come to visit them, for all those who are suffering because of the pandemic, for all those who are giving their lives in caring for the sick. Let us pray, because these are nevertheless places that bring us back to the mystery of salvation and to the many healings that Jesus himself has worked."

"In Capernaum - explains the Custos - until a few days ago thousands of people arrived every day and now the site is empty. But that is the place where Jesus gave new life to the daughter of Jairus, it is the place where Jesus healed the woman who was bleeding and where he made that beautiful speech about the bread of life...reminding us that those who believe in him and those who receive him with faith are already in another dimension that with the vocabulary of the Gospel is called eternal life".

The Custody of the Holy Land, as Pope Francis had already done, proposes to continue to make the celebrations accessible in live streaming, thanks to the help of technology.

Br FRANCESCO PATTON, ofm
Holy Land Custos
"This allows people to stay in contact. Those who have been here as pilgrims can somehow see these places again, join spiritually in the celebration held here. For us, it is fundamental to live the dimension of prayer and mystery that each one of these places carries in itself. Starting with the most important ones, such as the Holy Sepulchre or Bethlehem, which is temporarily closed. For us it is fundamental to celebrate, to pray, to remember that God came among us in His Son Jesus and that in His Son Jesus overcame evil...even physical evil, even sickness, even death."

Brother Francis Patton proposes another type of pilgrimage, a pilgrimage that can also be done indoors, retracing those places that the Word of God presents in these weeks.

Br FRANCESCO PATTON, ofm
Holy Land Custos
"It is important that we make a different kind of pilgrimage, which is the pilgrimage of prayer, one of the very strong dimensions of a pilgrimage. A constant, daily, unceasing prayer, so that the pandemic will stop and so that we can find a remedy...and unceasing prayer for the sick, for the nurses, the doctors...and for the people who are suffering."