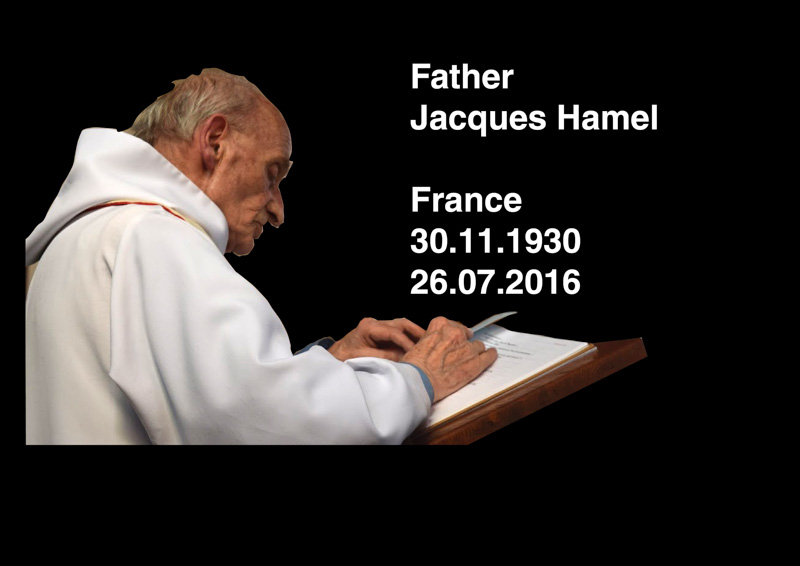 STATEMENT – On Tuesday July 26, 2016, two attackers took hostage five people in a Church in Saint-Etienne-du-Rouvray, near Rouen in France. The Islamic State claimed responsibility for the attack. Among the hostages, Father Jacques Hamel, 84, was decapitated. The Assembly of Catholic Ordinaries wishes to express its support to countries affected by the attacks of recent days.

We were shocked today from the terrorist attack that took place inside a Church in northern France and the cold-blood beheading of a priest there.

We are also shocked of the escalation of terrorism that has been targeting several places across the world, especially in Germany and France in recent days.

During this time, we believers, need to pray to the Almighty to keep all people united and together cooperate for an end to all kinds of terrorism and that world leaders be inspired to act wisely and decisively to uproot terrorism and its causes in all of the regions now suffering from this plague.

From the Holy Land, which continues to suffer from violence and instability, we raise our voices, urging an end to the use of violence in the name of religion and instead, to use religion as the path to promote mutual respect and understanding among all nations.
The Assembly of Catholic Ordinaries and the entire Church in the Holy Land present condolences to the Church and people of France, assuring them of our prayers for peace in their country, in ours and around the world.