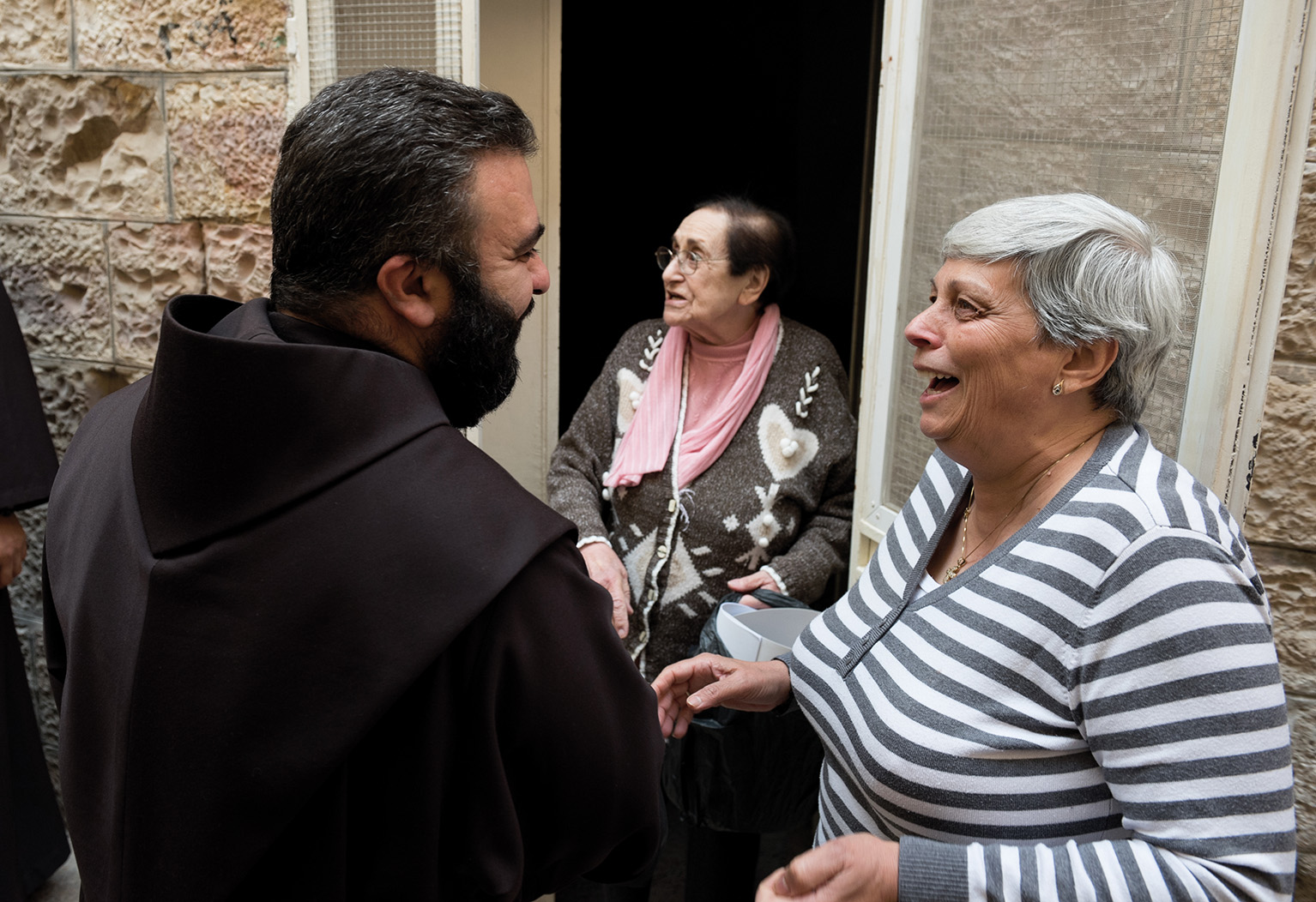 The Lenten Season, which we are living once again, invites us to go to Jerusalem through the way of the Cross upon which the Son of God accomplished his redemptive mission. On this pilgrimage the Holy Spirit who reveals to us the meaning of the Word of God accompanies us.

Besides the Sacraments, especially the Holy Eucharist and the Sacrament of Reconciliation, we are strengthened by prayer and almsgiving. It is the right time to get closer to Christ by recognizing our poverty and our sins and live the same emptiness and humility of the Son of God who Ahe became poor although he was rich, so that by his poverty you might become rich@ (2 Cor. 8,9).
It is also an exceptional time to reach out to the others through the works of charity. Knowing that the Lenten journey is not a solitary act, but an itinerary of solidarity by which each one of us is called to pause and like the Good Samaritan accompany our brethren who for many reasons find it difficult to stand up and continue their journey.

Also this year, the traditional ACollection for the Holy Land@ held on Good Friday, is a proper occasion for the faithful to be one with our brethren in the Holy Land and the Middle East. Unfortunately, from those territories, the outcry of thousands of persons who are deprived of everything, at times even of their own human dignity, continues to reach us, heart-breaking us and inviting us to embrace them through Christian charity, a sure source of hope.
Without the spirit of Christ who Aemptied himself, taking the form of a slave, coming in human likeness; and found human in appearance, he humbled himself, becoming obedient to death, even death on a cross@ (Phil. 2, 7-8), the outcry of our brother remains unheard to and the faces of thousands of less fortunate person remain unnoticed.

Which place could be the best to meditate this Kenosis of the Son of God, if not the same places where for more than 2000 years keep the memory alive of our redemption? I indicate with particular attention two Basilicas, the one of the Nativity, in Bethlehem, built on the grotto where Jesus was born and the Basilica of the Holy Sepulchre at Jerusalem, built on the tomb of Jesus, which became the womb of life through His Resurrection. Last year, both Basilicas were restored, thanks to the collaboration and the generosity of so many persons of good will. Building the Church in the Holy Land, through the edifices of cult and the living stones B the Christian faithful, is the responsibility of all the Particular Churches of Christianity, recognizing that the Christian faith had its first impulse from the Mother Church in Jerusalem.

The Catholic Community in the Holy Land, with all its facets, namely, the Latin one of the Patriarchal Diocese of Jerusalem, the Franciscan Custody and the other Oriental Circumscriptions B Greco-melkite, Coptic, Maronite, Syrian, Chaldean, Armenian B with all the religious families and every type of organism, has a special vocation to live the faith in a multi-religious, political, social and cultural context. Notwithstanding, the challenges and the insecurities, the parishes continue their pastoral service with a preferential attention to the poor. We hope against hope, that the schools serve as a place of encounter for the Christians and the Muslims, where they prepare a future of mutual respect and collaboration; the hospitals and clinics, the hospices and meeting centres continue to welcome the suffering and those in need, refugees and displaced, persons of all ages and religions struck by the horror of war.

We cannot forget the thousands of families who fled from the violence of the war in Syria and Iraq, among whom children and youth, a great number of them of schooling-age, who appeal to our generosity in order to resume their scholastic life and may dream of a better future.
One particular though, at this moment, goes to the small Christian Community in the Middle East, which continues to sustain the faith among the displaced persons from Iraq and Syria and among the refugees in Jordan and Lebanon who also are assisted by their Pastors, religious and volunteers from different countries. The faces of these persons question us about the meaning of being a Christian. Their strained lives inspire us. The Holy Father, Pope Francis in his Message for the celebration of the World Day of Peace of this year affirms: AIn a spirit of compassion, let us embrace all those fleeing from war and hunger, or forced by discrimination, persecution, poverty and environmental degradation to leave their homelands@ (n. 1). Let us show them concretely our closeness, through our constant prayer and through our monetary aid, particularly after the liberation of Nineveh Plain. Most Iraqi Christians and Syrians want to return to their own land where their houses were destroyed, with schools, hospitals and churches devastated. Let us not leave them alone.

All of us are invited to resume the pilgrimage to the Holy Land, because the knowledge of, and the living experience in the places of our redemption: walking on the steps of Jesus, Mary, Joseph and the disciples, helps us to deepen our faith and also to understand the context in which the Christians live in the Holy Land. Besides, the pilgrimages are a form of sustenance for the survival of thousands of families.
During these days leading to Holy Easter, I fraternally invite you to commit yourselves to overcome hate by love, sadness with joy, by praying and working so that peace finds abode in every person=s heart, and especially in our brethren=s hearts in the Holy Land and the Middle East.

I am glad to transmit to you, to all the priests, religious and faithful who work for the success of the Holy Friday Collection, the sentiments of deepest gratitude of the Holy Father, Pope Francis, together with my own gratitude and that of the Congregation for the Oriental Churches. Whilst I invoke upon you and your pastoral ministry and upon all the faithful entrusted to your care an abundance of Divine Blessings, I wish you Happy Easter and fraternal greetings in the Lord Jesus.