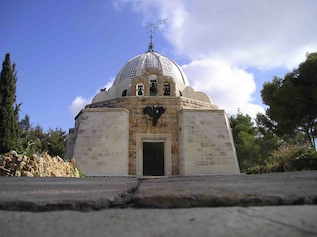 The Arab village of Beit-Sahur, which sits in the middle of the Booz fields mentioned in the book of Ruth (Ruth 3:5), has been identified by tradition as the Shepherds’ Field, that is, the place where the announcement of Jesus’ birth to the shepherds by the angels took place.

The modern town of Beit-Sahur is located to the southeast of Bethlehem, 600 meters above sea level, and has a population of about 14,000. Today Bethlehem and Beit-Sahur touch, though they seem as though they are the continuation of one other. The urban space has expanded to occupy the meadows that surrounded the old town and thus nothing remains of the Shepherds’ Field mentioned in the Gospels.

There are two places identified as such today: the Latin one, north of the historic center, and the Greek one, to the southeast. Both places, 500 meters away from each other, stand on the remains of the Byzantine monastic complexes, which in turn incorporated previous settlements into themselves. Thus, it is not as helpful to use the Bible or the ancient first-hand accounts of pilgrims to understand where the shepherds had camped.

St. Jerome (who died in Bethlehem in about 419) had already provided information on the place where the shepherds kept watch during the Holy Night, calling it Migdal Eder, or the tower of the flock. Jerome’s account suggests that in the fourth century, at the Shepherds' Field, the place of the announcement brought by the angels, was venerated. Higher up from the current chapel, the remains of a tower have also been found, likely identifiable as the Migdal Eder.

Much later in 1858, in the valley between the rocky heights, an official of the French Embassy, Carlo Guarmani, discovered the remains of a monastery on the hill of Khirbat Siyar al-Ghanam (or the ruins of the sheep enclosure). He then began excavations and claimed to have found the three “shepherds’ tombs” mentioned by the pilgrim, Bishop Arculfo, around the year 680 at the church of the Shepherds’ Field. So, that should have been the authentic field. Between 1889 and 1906, the Franciscans succeeded in buying the land and carrying out archaeological research, but systematic excavations were carried out only in 1951-52 by Fr. Virgilio Corbo.

As a result, the ruins belong to a monastery built around 400 A.D. that was expanded and partially rebuilt in the sixth century and that survived until around the year 800. The main rooms, particularly the grottos, were used for agricultural activities. In the small room that served as a bread oven there were two invocations and two depictions of Golgotha, which unfortunately were not preserved. The church of the monastery, which was rebuilt twice, stood on the lower terrace, in the northeastern corner, in a rather hard-to-reach place.

It is however established that the hill was already inhabited and being exploited at the time of Jesus: in the grottos, Herodian ceramics and coins dating back to the time of the first Roman procurators and of the First Jewish war were found.

In 1953 the Franciscans, under the guidance of architect Antonio Barluzzi and with the contributions of Canadian benefactors, had the Sanctorum Angelorum ad Pastores chapel built (dedicated to the announcement of the holy angels to the shepherds) outside the village. It is in the shape of a nomadic shepherds’ tent and is surmounted by a small starry dome. Frescoes that reproduce the Gospel story of Luke decorate the three chapels inside.
The grotto that rises up behind the small church can still be used for the liturgy. In the natural cavity, no signs of ancient devotion have been found, but this place has such a special place in the hearts of visitors that other grottos have been used for this purpose. And it is still beyond a doubt that in ancient times these grottos were really used by shepherds.

The large archaeological area can be visited. In various places, altars and spaces for mass have been prepared, so that, especially on Christmas Eve, various groups have the opportunity to celebrate the Eucharist at the same time in suitable settings.
The parish church of the Latins (designed by Barluzzi in 1950) is dedicated to Our Lady of Fatima. 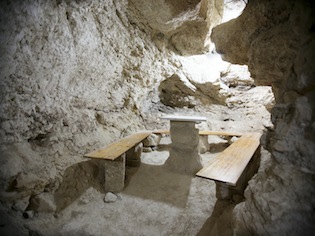 Limestone caves which were used as dwellings during the Roman-Herodian time, were found in the area.
It was probably a small farming village since remains of ancient mills and other traces of life from the same period were also found.
The Franciscans have cleaned up and turned the caves into very characteristic small chapels.


"You, who are the light of the people and the master of holiness,
light up our steps with the light of Your word" 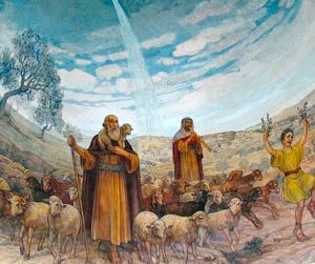 The announcement to the shepherds

Now there were shepherds in that region living in the fields and keeping the night watch over their flock. The angel of the Lord appeared to them and the glory of the Lord shone around them, and they were struck with great fear. The angel said to them, “Do not be afraid; for behold, I proclaim to you good news of great joy that will be for all the people. For today in the city of David a savior has been born for you who is Messiah and Lord. And this will be a sign for you: you will find an infant wrapped in swaddling clothes and lying in a manger. And suddenly there was a multitude of the heavenly host with the angel, praising God and saying:  “Glory to God in the highest and on earth peace to those on whom his favor rests.” When the angels went away from them to heaven, the shepherds said to one another, “Let us go, then, to Bethlehem to see this thing that has taken place, which the Lord has made known to us.” So they went in haste and found Mary and Joseph, and the infant lying in the manger. When they saw this, they made known the message that had been told them about this child. All who heard it were amazed by what had been told them by the shepherds. And Mary kept all these things, reflecting on them in her heart. Then the shepherds returned, glorifying and praising God for all they had heard and seen, just as it had been told to them (Luke 2: 8-20).

Psalm
Psalm 85 (84): The Lord proclaims peace to his people.

Prayers and oration
Christ came so that the creation could be freed from the corruption of sin and death and reach the freedom of the sons of God. Supported by this faith, let us invoke his name:
You, who exist forever and became a man in time,
through the mystery of Your birth, renew our humanity.
You, who are the light of the people and the master of holiness,
light up our steps with the light of Your word.
Word of God, who was made man in the womb of the Virgin Mary,
deign to live, through faith and grace, in our souls.

Let us pray:
You wanted, O Father, the humble shepherds to learn of the birth of Your Son in a marvellous way, through the Angel, grant us, who profess faith in his incarnation, to take part in his immortal life, For Christ, our Lord, Amen. 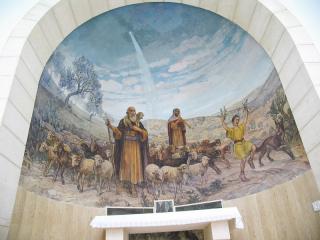 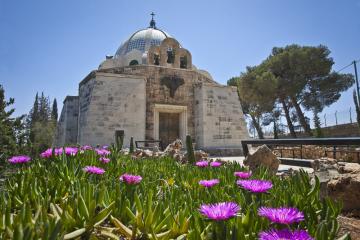 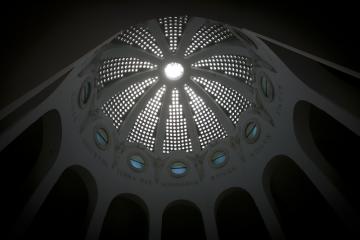 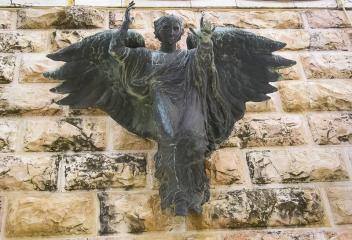 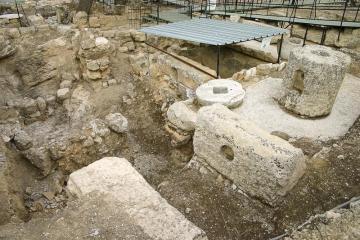 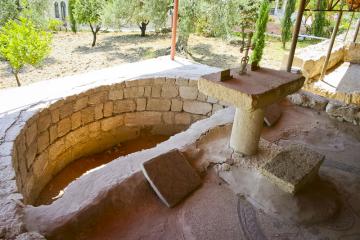 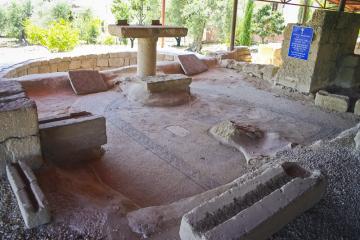 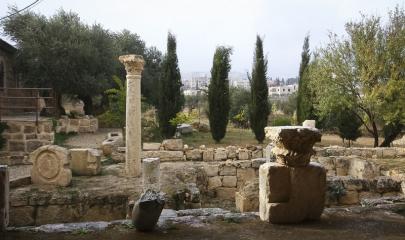 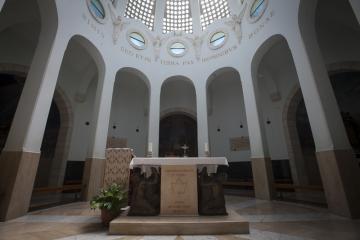