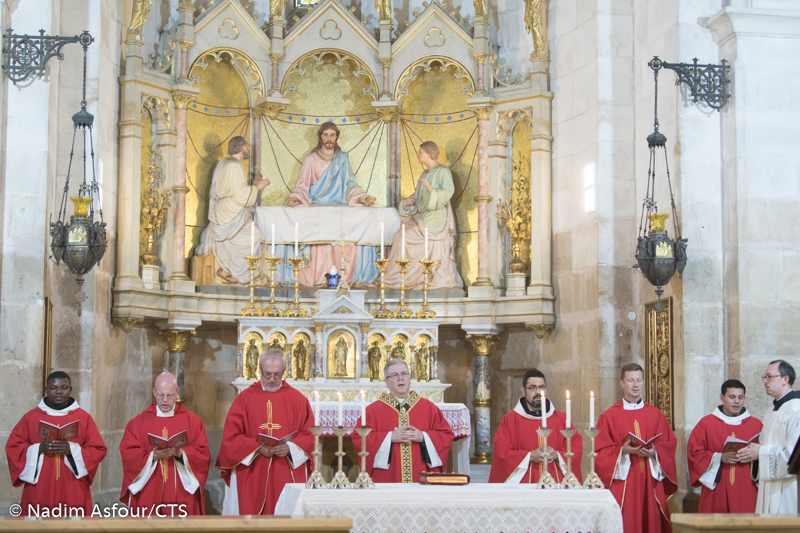 After a year of restrictions due to the pandemic of Covid-19 which had prevented them reaching the shrine of Emmaus Al-Qubeibeh, the Franciscan friars of the Custody of the Holy Land returned in pilgrimage to celebrate the solemnity of Saints Cleopas and Simeon. On 26 December, in the Basilica of the Manifestation of Our Lord Jesus Christ to the disciples of Emmaus, the Custos of the Holy Land Fr. Francesco Patton presided Holy Mass. In addition to the inter-obedential Franciscan fraternity that resides there and the superior of the Convent, Fr. Bernard Thilagarajah, other Franciscan friars from Jerusalem and local authorities, such as the Mayor of Al-Qubeibeh also took part.

In his homily, Fr. Patton wanted first of all to identify the two disciples: Cleopas, who according to Hegesippus (2nd century) was a brother of St Joseph and according to St Jerome (4th century) he was the husband of Mary of Cleopas, andSimeon was the son of Cleopas. “One disciple is called by name whereas the other is not,” emphasized the Custos of the Holy Land, Fr. Francesco Patton, is his homily.“As is often the case in the accounts in the Gospels, when a character is called by their name, it is a narrative expedient to say to each of us: identify yourself in that anonymous character.”Starting from this observation, the Custos invited the faithful to embrace the same path taken by the disciples Cleopas and Simeon. “It is a path of progressive discovery of the reality of Easter, as the progressive discovery of the presence of Jesus Risen. But the starting point is the experience of the contrary, i.e. the experience of Jesus dead [...]. Without ever saying,“It is me,” Jesus leads the pair to recognize him. He leads them to have the experience of the Paschal faith, which is always the fruit of an encounter with Him, a mysterious yet real encounter.”

Starting from this experience of faith, according to the Custos, it is possible to reach new conquests: inner freedom, the freedom to profess the faith and to express one’s ideas in the face of every power and every authority; freedom in the face of fear and anguish: the freedom to make personal life choices. “In this celebration – by intercession of the Saints Simeon and Cleopas who had this experience here -  we ask that our hearts still be warmed when we listen to the Scriptures, that speak to us of Jesus who died and rose for us. We ask that our eyes open when we break the bread together with Jesus but also amongst ourselves” (the complete homily is here).

At the end of the Mass, the usual concert of the Terra Sancta Organ Festival was held, coordinated by Fr. Riccardo Ceriani. Sister Cecilia Pia Manelli, the organist of the Basilica of the Holy Sepulchre in Jerusalem, performed some pieces on the organ.

“I am delighted that today we have been able to have a concert here in Emmaus again today, which has hosted us since the first year of the Terra Sancta Organ Festival”, said Fr. Riccardo Ceriani.

The shrine of Emmaus Al-Qubeibeh

Al-Qubeibeh is, according to the tradition followed by the Franciscans, the village of “Emmaus” of the Gospel. In the Byzantine period, the site identified as that of the two disciples Simeon and Cleopas was Nicopolis (where a shrine still stands), but the Crusaders moved it to Abu Gosh, because Nicopolis was believed too far, with respect to the Biblical indications. Thesite of Al-Qubeibeh was purchased in 1861 by the Marquise and servant of God Pauline de Nicolay and donated to the Custody of the Holy Land. Since then, the various excavations carried out have led to the discovery of the remains of the Crusader basilica founded on the site of “Cleopas’ house” and of some houses of a village lining the Roman road at a distance of about 60 stadia from Jerusalem, coherent with the coordinates that are given to us by the Gospel according to Luke (24, 13-35). Over the years, the great convent linked to the shrine has also been used to host the postulants of the Custody of the Holy Land and this is why it was enlarged in 1923. Today the shrine is affected by the local political events, as it is isolated due to the construction by Israel of the wall of separation with the Palestinian Territories.

“This shrine, for social and historical reasons, seems slightly abandoned,” commented Fr. Arturo Vasaturo, in charge of the shrine of Emmaus Al-Qubeibeh. “As today’s Gospel says, we are always a little lonely and sad like the disciples. But we have to realizes that God wants to speak to us and, as after the moment of crisis of these two disciples, Jesus approaches them, just as he wants to approach us. We also have to meet this desire of God to speak to us, first of all by being silent inside ourselves. Jesus is for the disciples of Emmaus like a master of support, who explains the Scriptures. All of us - today and every day –are like the disciples of Emmaus, at times sad, at times incredulous. But to find the answers, we have to go back to the Word of God and the Eucharist, just as they did.” 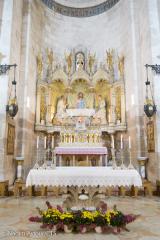 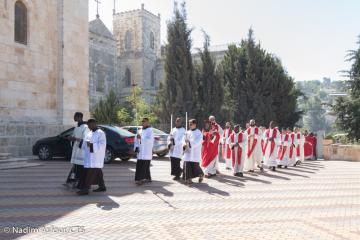 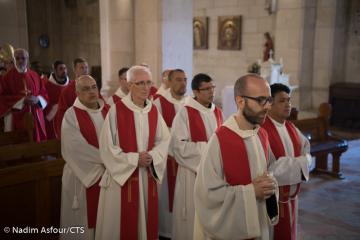 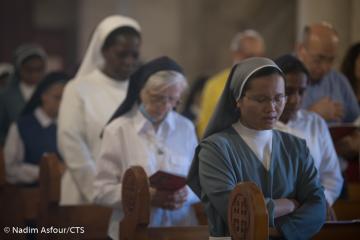 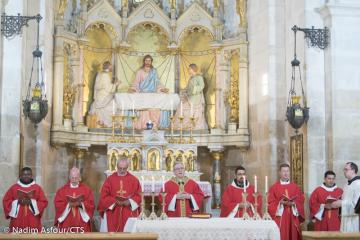 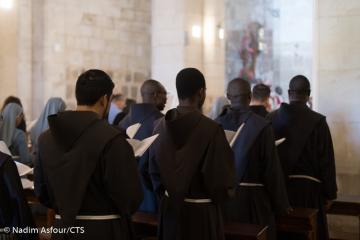 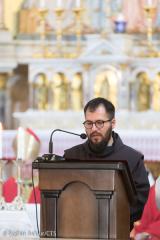 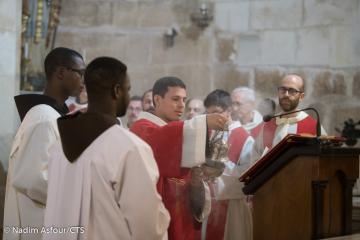 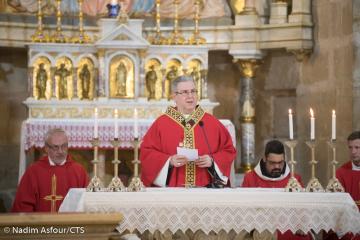 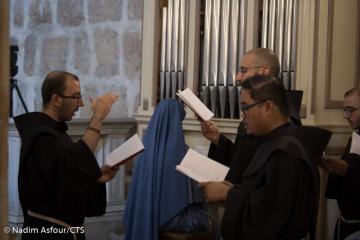 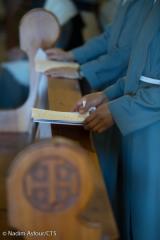 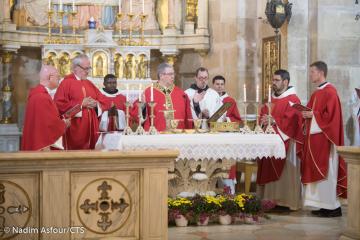 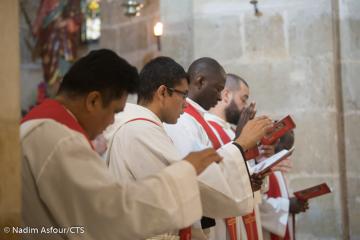 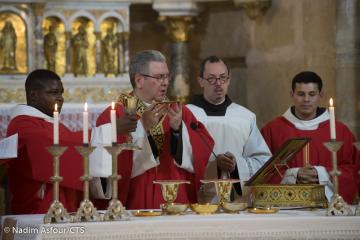 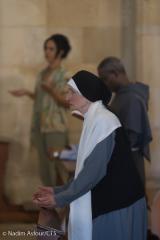 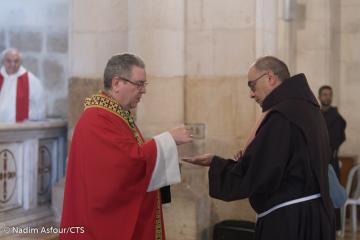 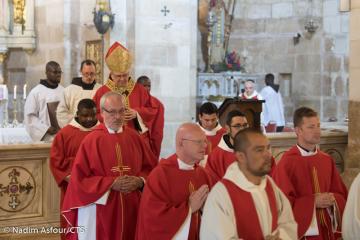 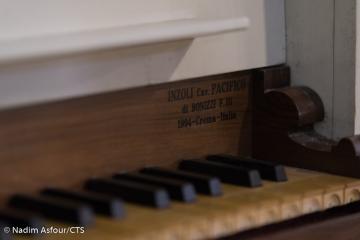 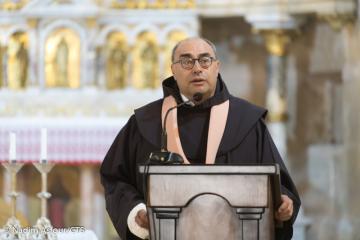 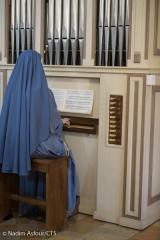 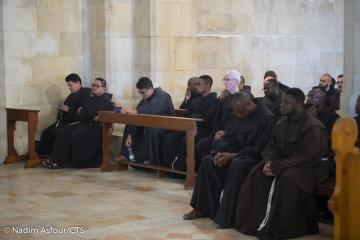 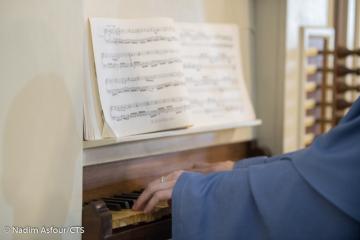 Emmaus: the feast-day of Saints Cleopas and Simeon