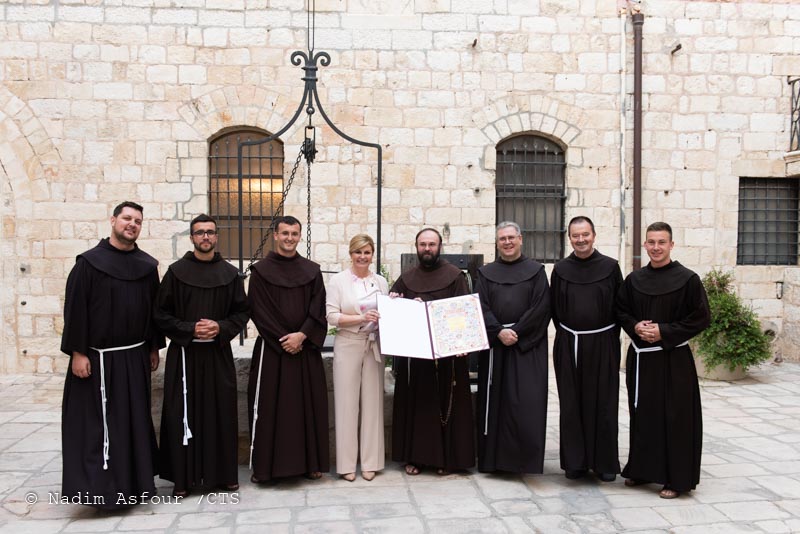 On Sunday 28th July 2019, the President of the Republic of Croatia, Kolinda Grabar-Kitarović, visited the Holy Sepulchre and the Franciscan Friars Minor during her trip to Israel.

Accompanied by a large delegation, the Croatian President started her visit with an official entrance through the Jaffa Gate, one of the gates into the Old City of Jerusalem. From there, she made her way towards the Holy Sepulchre, guided by the explanations of Fr. SinišaSrebrenović, Croatian Discrete of the Holy Land and responsible for the Sacristy of the Holy Sepulchre.

Inside the Holiest Place for Christianity, after the welcome for heads of state in the presence of the representatives of the Latin, Greek Orthodox and Armenian religious, the President stopped first of all at the Stone of Unction, the spot where the body of Jesus was laid after the crucifixion to be anointed with the sacred oils. The tour continued towards the Anastasis, the place of the Resurrection, to then proceed towards the  Catholicon and end with a prayer on Calvary.
Before leaving, the Delegation had the privilege of going towards the Greek Orthodox area to observe the hill of Calvary from an unusual angle.

In her speech, President Grabar-Kitarovićexpressed the national feeling of pride for the many Croatian friars who, since the end of the 14th century, have served and continue to serve the Custody and the Holy Land, both through welcoming and looking after pilgrims and for the protection of the Holy Places in which they collaborate.
For this reason, thanking the friars for having preserved the Croatian language, culture, and identity, the President awarded the Franciscans with an honorific title on behalf of the Republic she represents. 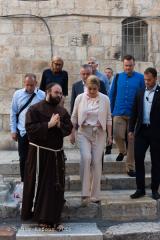 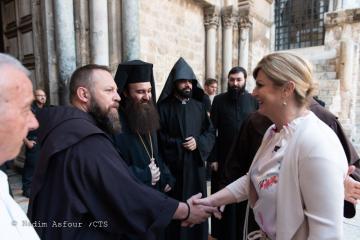 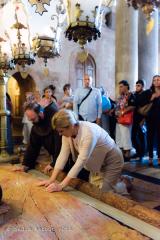 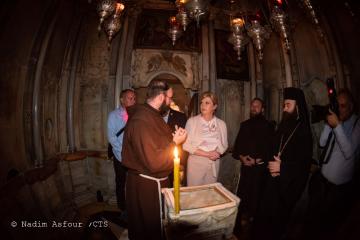 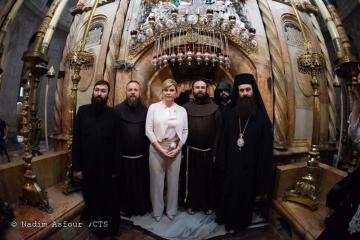 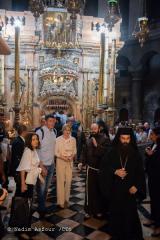 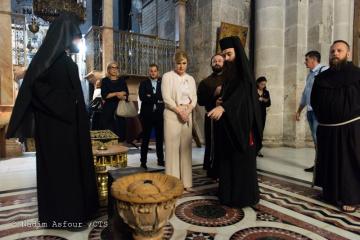 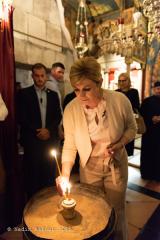 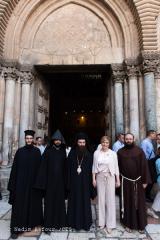 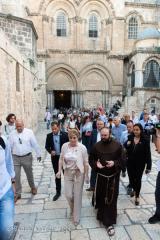 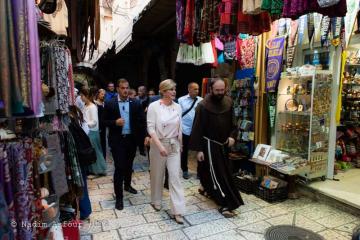 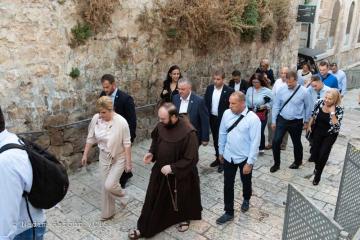 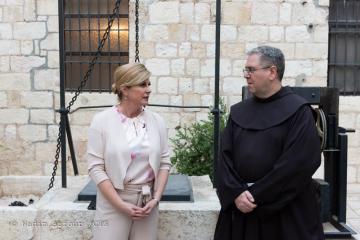 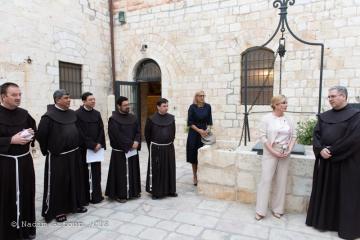 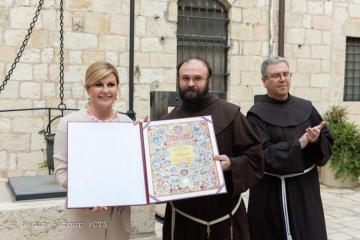 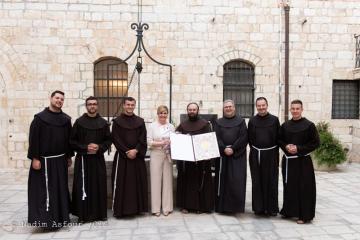 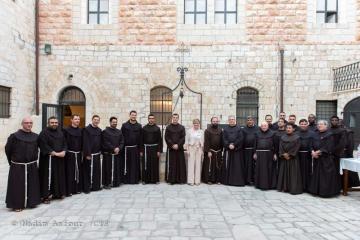 “Fratelli tutti”: an invitation to reform society in the light of integral ecology

Dar Al-Majus, house of culture and solidarity in Bethlehem