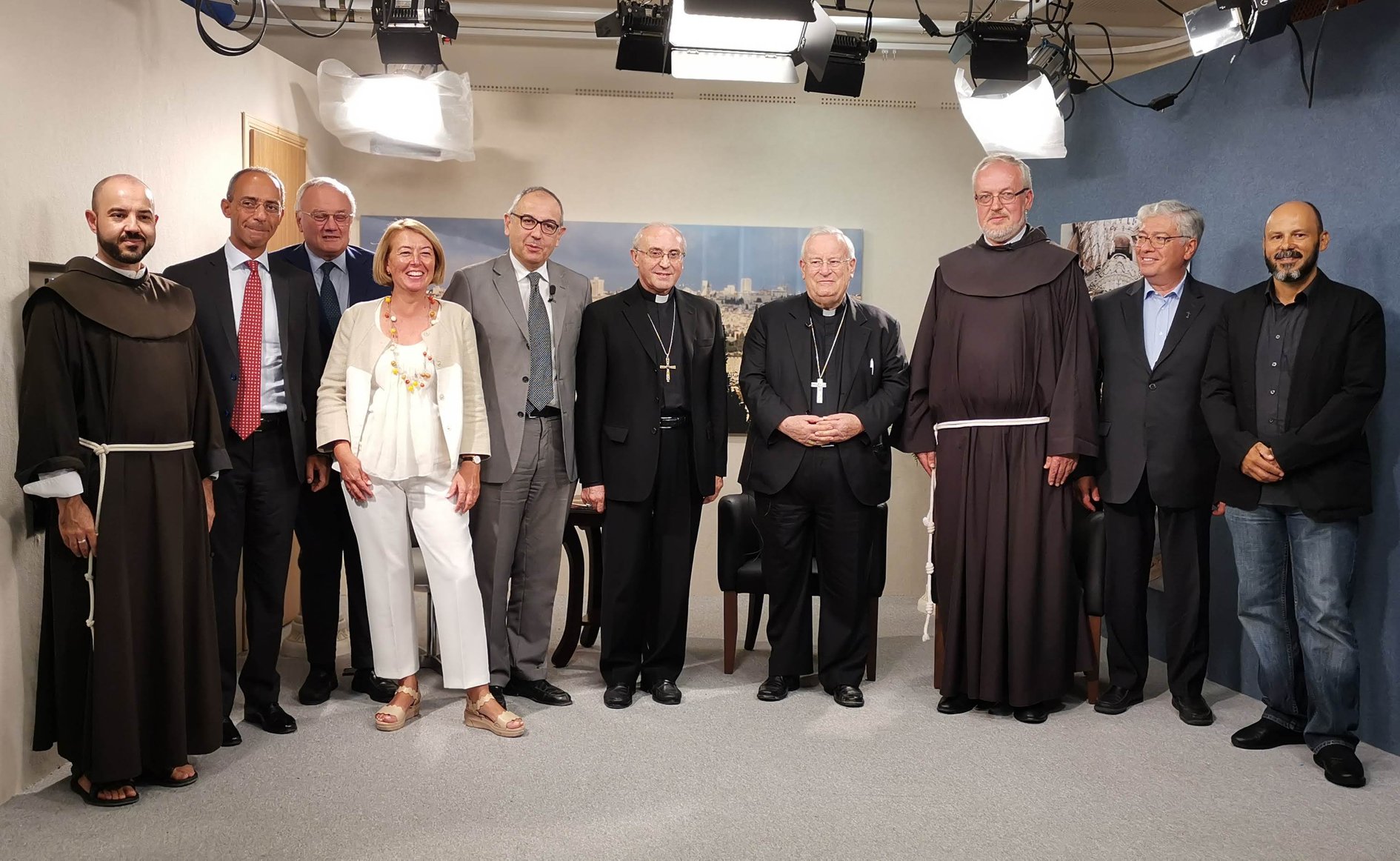 Tv2000 and Christian Media Center begin a new adventure together. And for the official launch, the president of the Italian bishops, Cardinal Gualtiero Bassetti, arrived in Jerusalem. The new correspondence office of Tv2000 was inaugurated: this is the channel of the Italian Episcopal Conference, coordinated by the journalist Alessandra Buzzetti.

It is located inside the premises of the Christian Media Center: this will be an adventure that will see the collaboration of the two realities. Since its foundation, in fact, the media center of the Custody of the Holy Land has set itself the goal of giving support and hospitality to Catholic journalists and media around the world, promoting a mutual exchange on the editorial level.

Br Dobromir Jaszal, ofm
Vicar of the Custody of the Holy Land
"This idea took shape in 2008 and has been growing in all these years with the spreading of the message of the Holy Land.
We are always trying to reach as many people as possible to convey this message. But it is not so much the number that is important, but reaching these people, to whom we can offer the opportunity to have a personal encounter with the Holy Land."

Vincenzo Morgante, director of Tv2000, spoke about the attention to people when he called it a "television that tries to identify itself for its contents and to remember that behind a screen there are people in the flesh: these are the people we want to turn to", he specified.

H Em Card Gualtiero Bassetti
President of the Italian Episcopal Conference (CEI)
"Communication, if done well, favours communion, and communion is nothing more than the life of God offered to humanity. It seems to me that being in the Franciscan Custody of the Holy Land is an added value for our television.
When they told me to say something officially, as president of the CEI, I understood that this was an important inauguration, even if it does not add anything to what you are already doing very well."