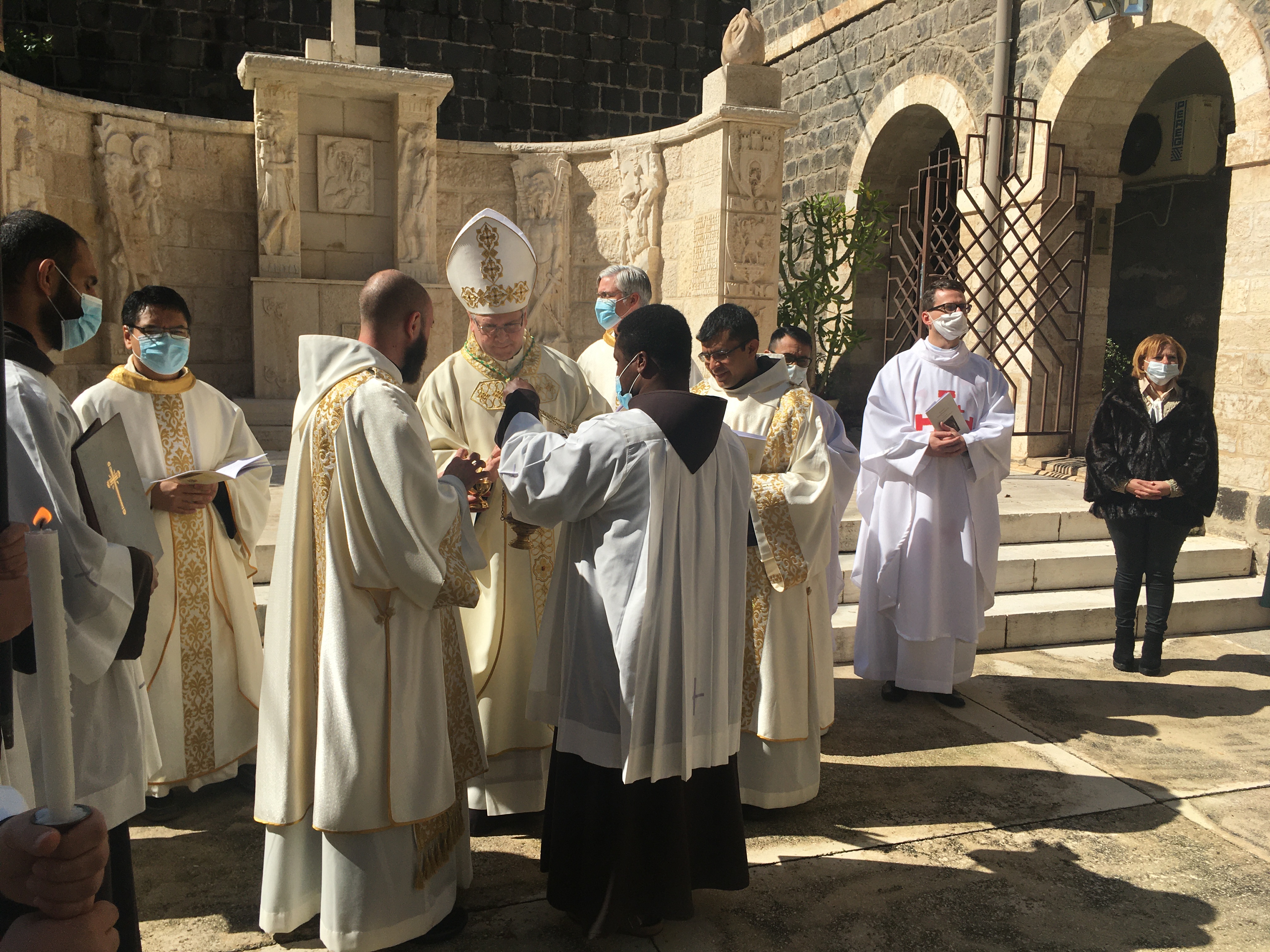 The morning of Saturday 20 February was a day on which the Chair of St Peter was celebrated in St peter’s Church in Tiberias.

The celebration, presided by the Custos of the Holy Land, Fr. Francesco Patton, started with the sound of the bells. Also present were Father Giuseppe De Nardi, General Moderator of the Koinonia John the Baptist, Father Andrej Keller, the parish priest of Tiberias and head of the resident community, Fr. Sergio Olmedo Flores from the Convent of the Visitation in Ain Karem, and Fr. Melanius Jordan Sesar, master of the philosophers of the Ain Karem seminary, accompanied by some friars from the seminary.

The function was attended by the consecrated brothers and sisters of the Koinonia John the Baptist and some local parishioners from Tiberias, whose number was reduced compared to the previous years because of the  restrictions due to the pandemic.

During his homily, the Custos commented the evangelical episode, dwelling on the figure of Peter, on his profession of faith, and on the ministry entrusted to the Church. Taking on the position of spokesman of the disciples, Peter answered Jesus’s question,  “Who do you say I am?”, stating, "You are the Christ, the Son of the living God.”

Guided by the gift of grace of the Father through the Holy Spirit, Peter says that Jesus is the Messiah sent by the Father and who has been awaited for centuries. It is on this profession of faith, which is  two thousand years old, that our faith is based and the Church itself came into being from this statement. As the words of the Gospel according to Matthew remind us, “You are Peter, and on this rock I will build my church, and the gates of Hades will not overcome it.  I will give you the keys of the kingdom of heaven; whatever you bind on earth will be bound in heaven, and whatever you loosen on earth will be loosened in heaven.”  Despite internal and external persecutions, the Church has continued to carry on this ministry for centuries through the successors of Peter, to whom the keys of the Kingdom of Heaven have been entrusted, a symbol of the task of the reconciliation assigned to the church.

The celebration came to an end with a prayer in front of the statue of St Peter, placed at the entrance to the church, for Pope Francis, who has been summoned to live and to exercise Peter’s ministry in the Church. 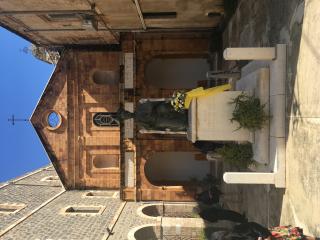 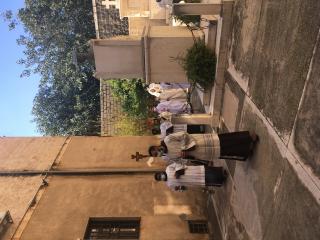 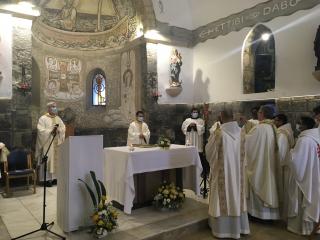 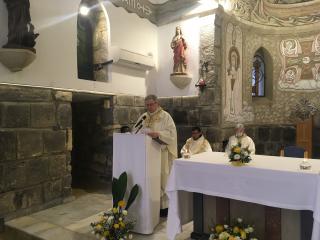 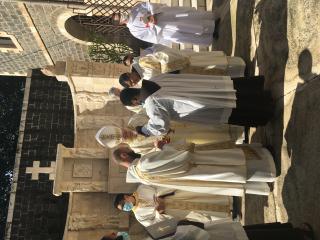 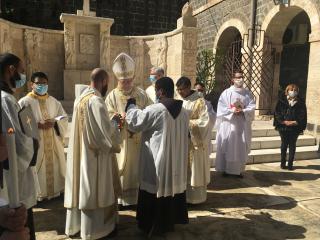 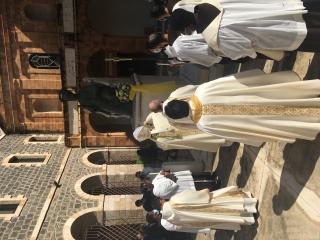 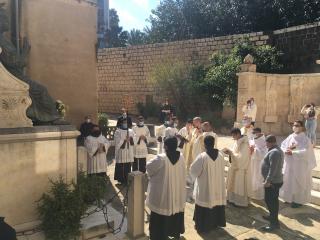 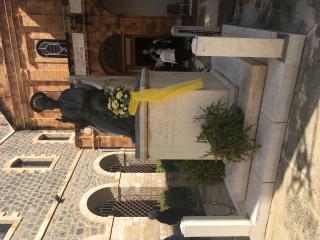