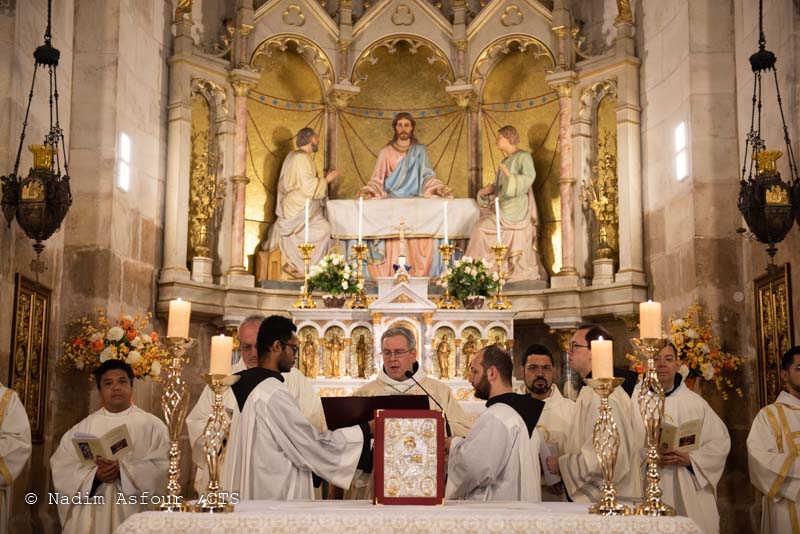 The day after Easter, as the Gospel says, Jesus appeared to the two disciples on their way to Emmaus. Following in their footsteps, the friars of the Custody of the Holy Land and the faithful pilgrims and parishioners of St. Savior in Jerusalem and other surrounding places contemplated this passage in the place where it is commemorated.

In this Sanctuary, called the Basilica of the Manifestation of Our Lord Jesus Christ, the appearance of the risen Christ after the resurrection, is venerated. The exact location of the Gospel specifies the name and distance (60 stadiums, which were units of measurement for the Romans, which correspond to about 11 kilometers). El-Qubeibeh is the most recent site for which the title of Emmaus has been recognized: the Byzantines had identified another site several kilometers away, Nicopolis, where a sanctuary still stands, but the Crusaders moved it to Abu Gosh because Nicopolis was 160 stadiums from Jerusalem, which according to certain codes was too far away.

At the end of the Crusades, the site was moved again because Abu Gosh was not close to the Roman road at the time. The site of El-Qubeibeh would seem to satisfy all of the criteria: it is located at the right distance and not far from the ruins of a Roman road and, for this reason, from the 14th century on, the Franciscans settled there, favored also by the persistence of popular traditions and by the village’s unique topography.

The Eucharistic celebration, presided over by the Father Custos of the Holy Land, Fr. Francesco Patton, opened with the commemoration for the victims of the Sri Lankan attacks. “We celebrate this mass in memory of the people who died in Sri Lanka as a result of the terrorist attacks and for those who are suffering because of this tragic event,” said the Custos, introducing the celebration. “Jesus always walks with us; he offers us bread," he continued. “And when he does, our eyes recognize him, our feet move to follow him and our tongues speak Truth.” Bread, a metaphorical symbol, was the protagonist: the Custos, Fr. Patton blessed numerous loaves and distributed them to the faithful who were present following a tradition that is deeply rooted in the past.

The parish priest of St. Savior in Jerusalem, Fr. Nerwan Al-Banna Baho, said the homily, including this stop within the parochial Easter journey.

“The sign of this day is coming together,” said the Superior of the Monastery of Emmaus, Fr. Salem Younis. “Not only with the Lord but also with men, with people, breaking bread as Jesus did and sharing it with the poor and the visitors of the Sanctuary, without any discrimination: this action also becomes our spiritual symbol.” 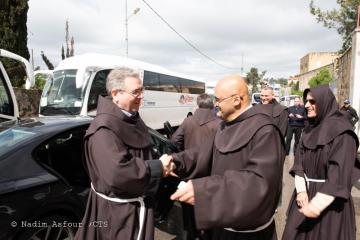 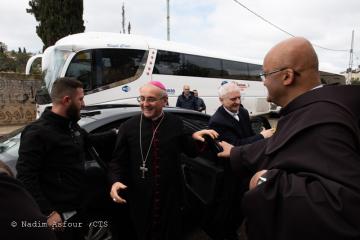 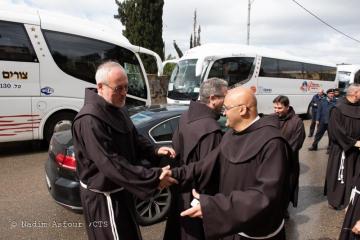 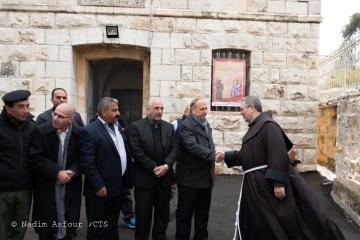 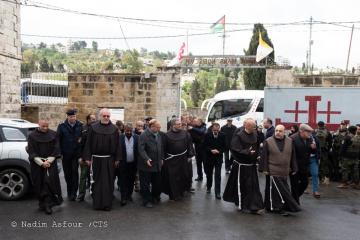 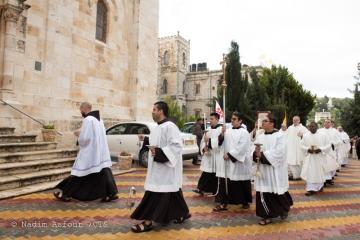 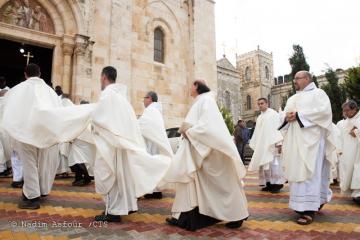 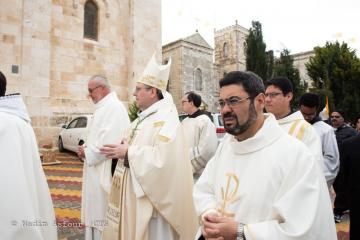 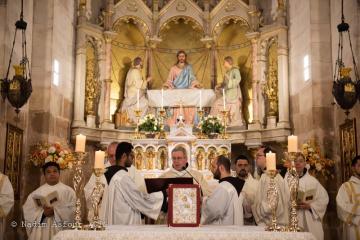 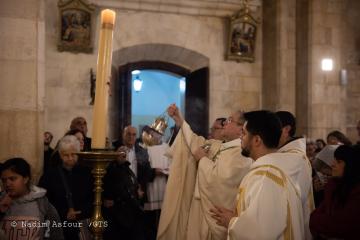 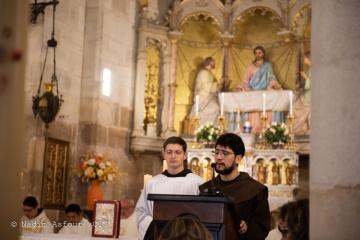 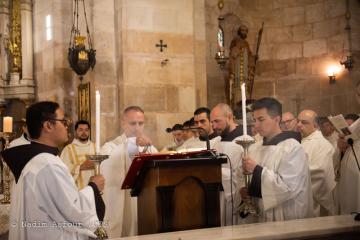 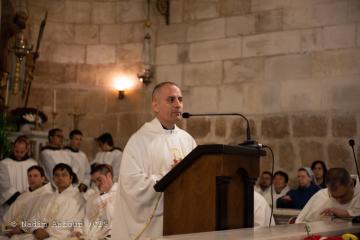 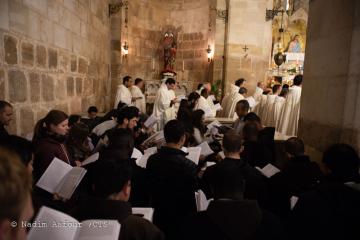 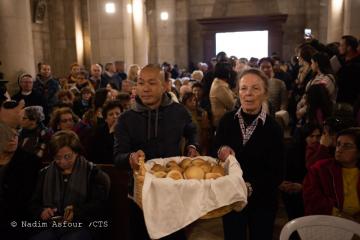 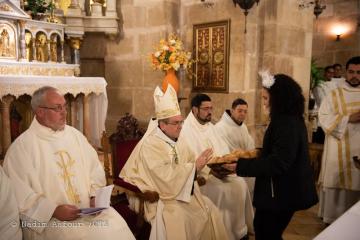 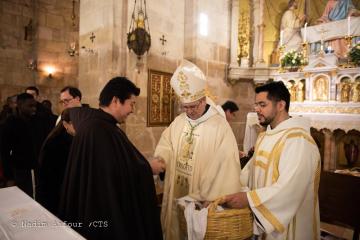 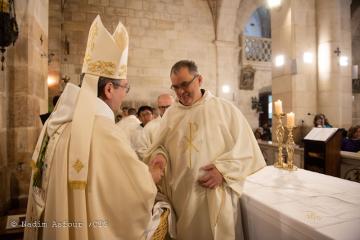 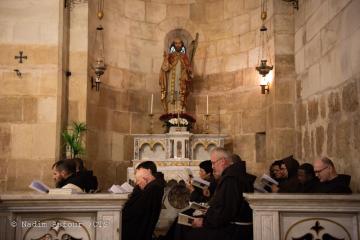 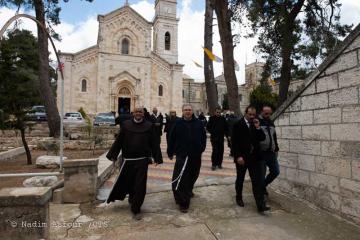 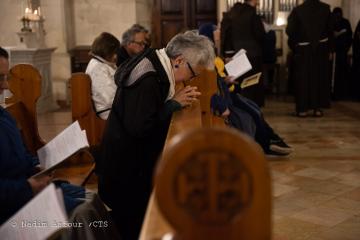 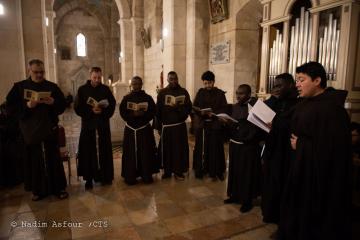 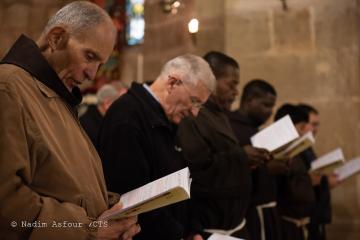 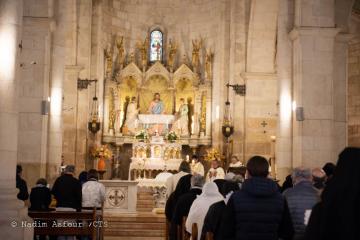 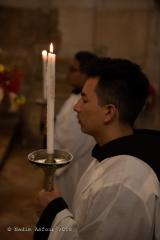 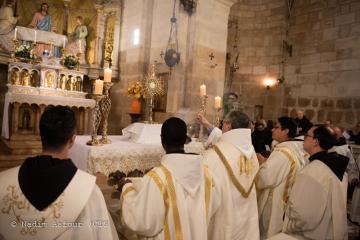 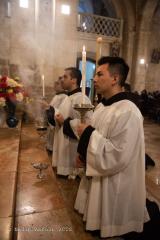 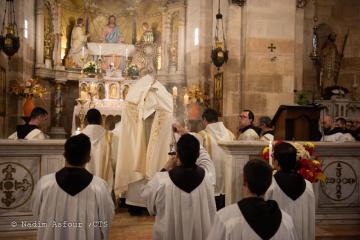 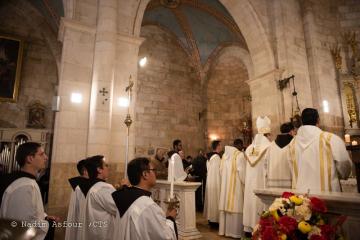 Walking with the disciples of Emmaus, to discover Jesus Risen