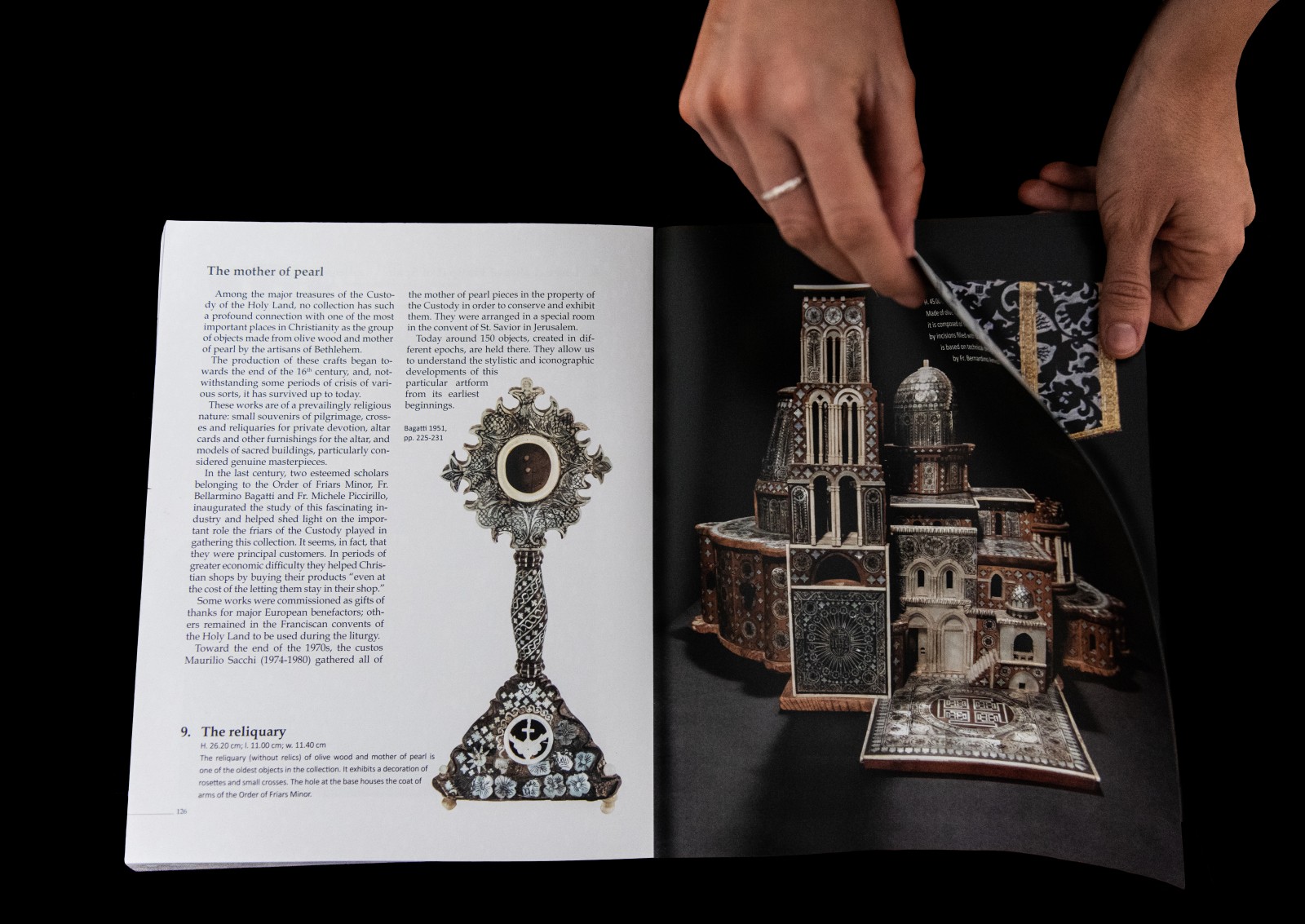 From January 9th, 2020, a new catalog published by Edizioni Terra Sancta is available for purchase. The volume, Selected Works, is a compendium of some pieces from the archaeological and art-history collections of the Franciscans of the Custody of the Holy Land, selected under the supervision of Dr. Sara Cibin, historian of Italian art and project manager of the Terra Sancta Museum.

“The idea was born from the desire to make public the best of the collection and to have a way to make known the vast patrimony of the Custody, which surely could not be contained in a single book,” recounted Dr. Cibin. “The book would be a glimpse of the Franciscans’ vast collections, particularly those artworks and objects, which for their special importance, have been chosen to make up the Terra Sancta Museum.”

To give an idea of the immense cultural riches contained in the book, here is the mission which has given shape to the book from the beginning: “many and varied archaeologists and art historians were consulted for the selection of the pieces. Overall, we wished to maintain diversity amongst the categories of objects selected; for that reason, archaeological artefacts have been presented alongside mosaics, miniatures, liturgical vestments and many others!”

The catalog is configured thus as a long journey through time. It begins with archaeology, highlighting an Egyptian stele of 3200 BC, passing through various epochs and various kinds of objects, finally to arrive at the art-historical context, while still maintaining the diversity of the types of works. The oldest of these are the illuminated manuscripts, some of which are Ottoman—the firmans—and others are from 14th century Europe.

The second part of the book, from the firmans onward, depicts the life of the Franciscans in the Holy Land by means of the objects and artworks which the courts of Europe would send as gifts to the holy land. The book concludes, in fact, with a liturgical vestment given by emperor Franz Joseph of Austria, realized in Venice in the mid-19th century.

“Our hope is that this catalog would illustrate the project, promote it—thanks to widespread knowledge of the English language chosen for the texts—and disseminate knowledge of this vast patrimony, encouraging visitors and donors to help support the construction of the museum.”
The catalog is presented in an elegant format that both highlights and helps one to appreciate the value of the objects, presenting both their aesthetic beauty and their historical worth. It is possible to pre-order a copy on the website of Edizioni Terra Sancta, where it will be on sale for the European market from 09/01/2020. For the rest of the world, it can be bought at Jerusalem, sold in the bookshop of the Terra Sancta Museum.

A scholarship to stay in the Holy Land

The ancient books of the Custody of the Holy Land: a treasure that will soon be online