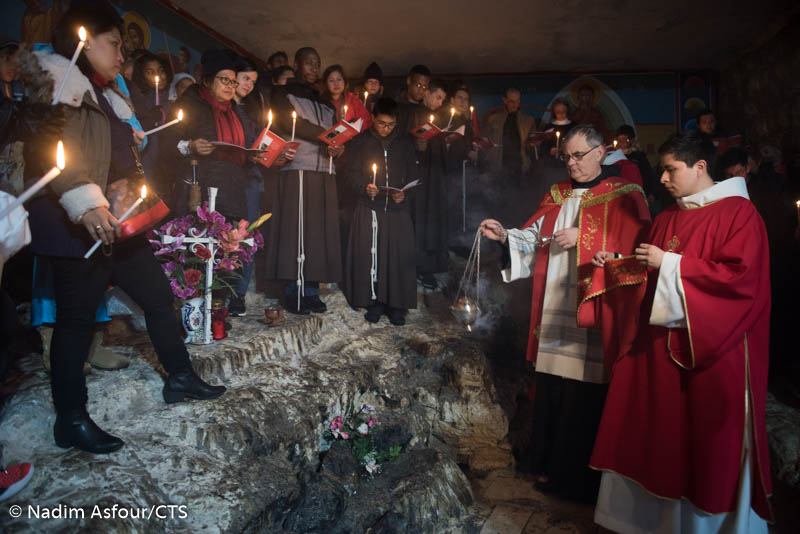 Repeated every year, it is the tradition for the Custody in Jerusalem to hold two celebrations on 26th December: Holy Mass in the infirmary of St Saviour’s Convent, together with the elderly friars who live there, and the solemn celebration of vespers in the place where St Stephen was martyred.

The first took place at 7.30 in the morning. On the last floor of St Saviour’s convent, the religious who took part in the celebration gathered in the hall facing the small chapel built for the Franciscans who live there. “The song of glory resounds once again,” began the Custos of the Holy Land, Fr. Francesco Patton, the celebrant, in reference to how close this festivity is to Christmas. “Stephen teaches us how to live through difficult and problematic situations in life, dividing them into two levels. One is that of history, made up of successes, violence and wars; the other is that of he who is able, while living in difficulty, to look up beyond the sky, to see the plan of God, who guides history, so that hope can be born.”

The afternoon celebration was held in the place where St Stephen was martyred. Situated outside the Lions’ Gate and on the slope of Mount Olives, the place of martyrdom is the property of the Greek Orthodox. Some steps cut into the rock, which continue the line of those found in the area above, where the temple was, can clearly be seen here.
The martyrdom of St Stephen is a very important episode for the Church as it is the basis for the spirit of the mission which is its own: it was after this very episode that the church became missionary thanks to the apostles leaving the Cenacle. Fr. Gabrijel Bosnjak, deacon and a student at the Studium Teologicum Jerosolymitanum, commented on the reading of the solemn vespers focusing on the importance of the figure of St Stephen, which is almost in contrast with the birth of Jesus. “At first sight, it may seem a paradox: after the birth of Jesus, we celebrate the cruel death of one of his disciples. The life and death of St Stephen show us that Christmas is far more than a sparkle, that it is really worth it.” .

Fr. Gabrijel then ended his comment quoting Fr. Hanna Jallouf, guardian of the convent of  Knayeh, in Syria who recently recalled the importance of the message of hope that Christ gives us each year with Christmas: He is “our anchor of salvation.” 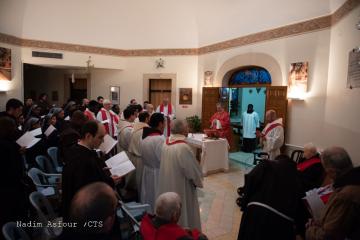 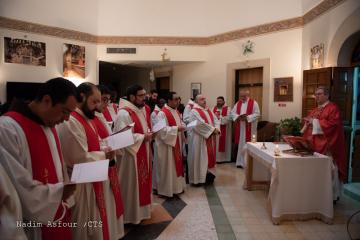 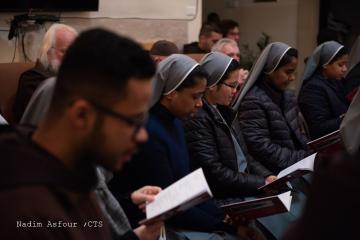 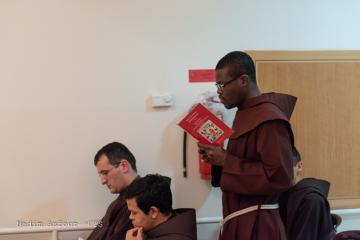 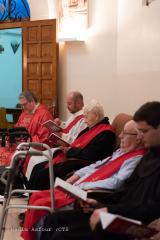 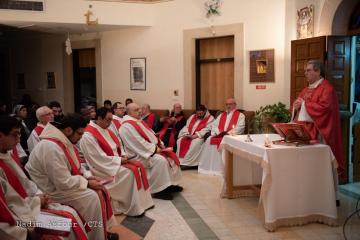 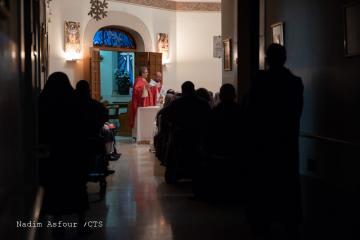 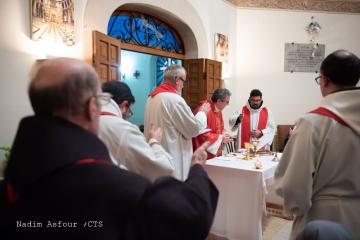 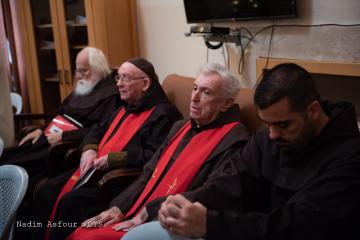 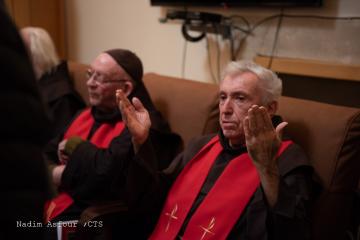 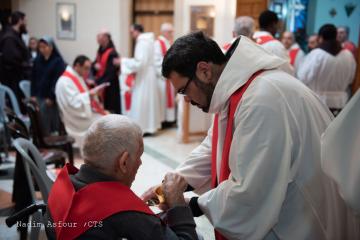 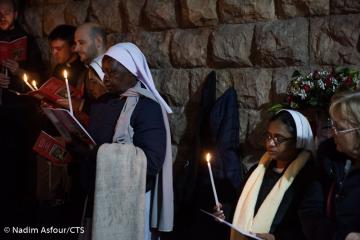 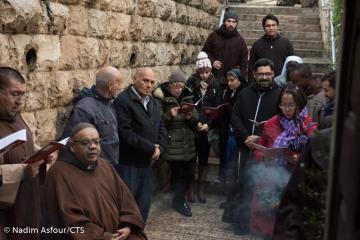 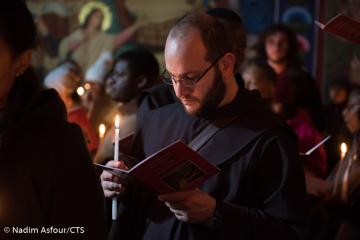 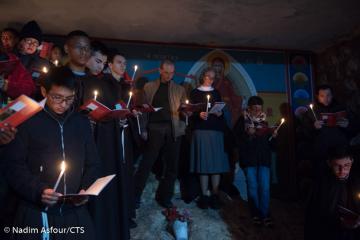 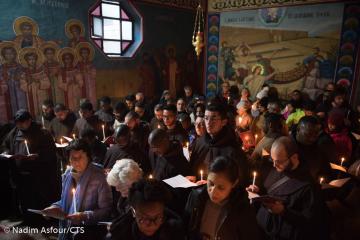 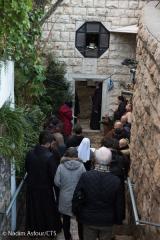 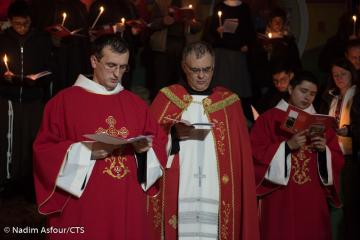 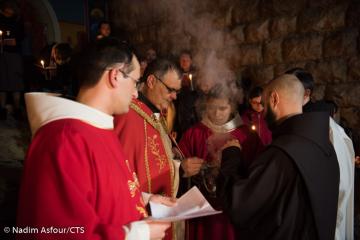 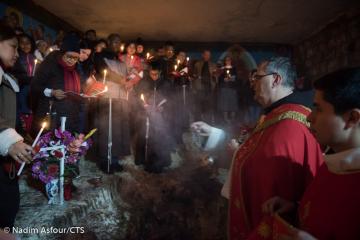 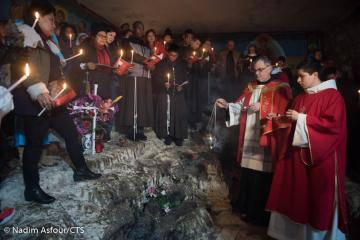 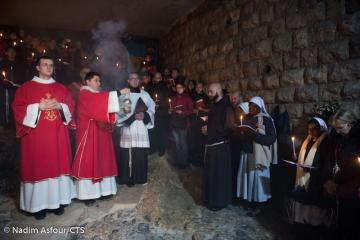 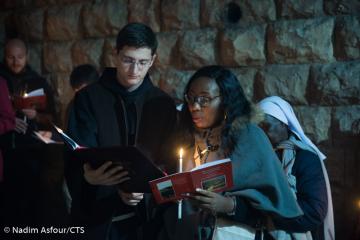