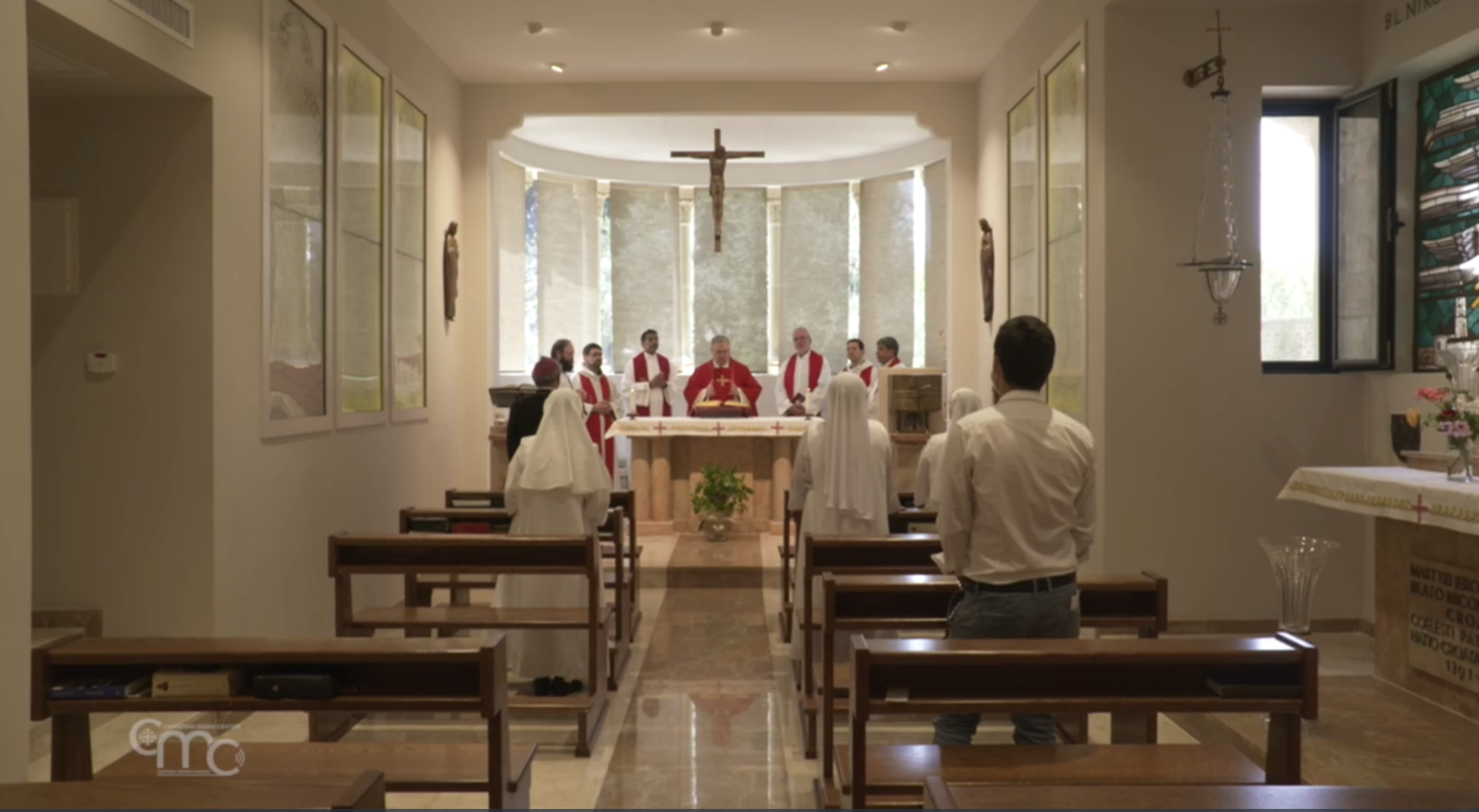 What unites Croatia and the Custody of the Holy Land is a very close bond, which was born with the story of St. Nicholas Tavelić - of Croatian origin, precisely - and his three companions, the first Franciscan martyrs of the Custody of the Holy Land. In 1391 they lived in Jerusalem in the convent - destroyed 150 years later - built on Mount Zion around the Cenacle, and public evangelization - then forbidden - led the group to martyrdom.

Br FRANCESCO PATTON, ofm
Custos of the Holy Land
"For many centuries we have been devoted to them, but it was only in 1970 that Pope Paul VI canonized these first martyrs of the Custody of the Holy Land."

The 50th anniversary of the canonization was commemorated with a mass in the chapel - whose side altar dedicated to the saint is a gift from Croatia - of the Apostolic Delegation in Jerusalem. The Mass - presided by Br. Francesco Patton, Custos of the Holy Land and concelebrated by the friars of the Custody's Discretory - was attended by Bishop Leopoldo Girelli, Apostolic Nuncio to Israel and Cyprus and Apostolic Delegate for Jerusalem and Palestine. On the same day, great celebrations were held in Šibenik, the birthplace of St. Nicholas Tavelić.

Br FRANCESCO PATTON, ofm
Custos of the Holy Land
"This saint has a particularly important value for the Croatian people. He wishes to present the Custody of the Holy Land with a bronze statue of St. Nicholas Tavelić, to be placed as close as possible to the place where St. Nicholas lived his mission, which is the Cenacle. Therefore, the statue will be placed in the Garden of the Cenacle. As well as a chapel dedicated to St. Nicholas Tavelić will also be built in the Shepherds' Field to cultivate and grow this bond which is very important to us."

But the signs of friendship between Croatia and the Custody already present in the Holy Land are numerous.

Br SINISA SREBENOVIC, ofm
Custody of the Holy Land - originally from Croatia
"It is the pride of a small people who has a saint, the first saint in modern times. The Custody's connection with Croatia is not only through St. Nicholas Tavelić. There is for example the Garden of Gethsemane, which was bought by the Croatians and donated to the Custody, there is the wood from Mount Tabor for the construction of the Basilica. We also like to remember Boniface of Ragusa. In the 16th century, when the friars left the Cenacle, he found the stability of the friars at the Friary of St. Saviour. Finally, there is the great restoration of the Holy Sepulchre. Here too we find traces of the links between Croatia and the Custody."