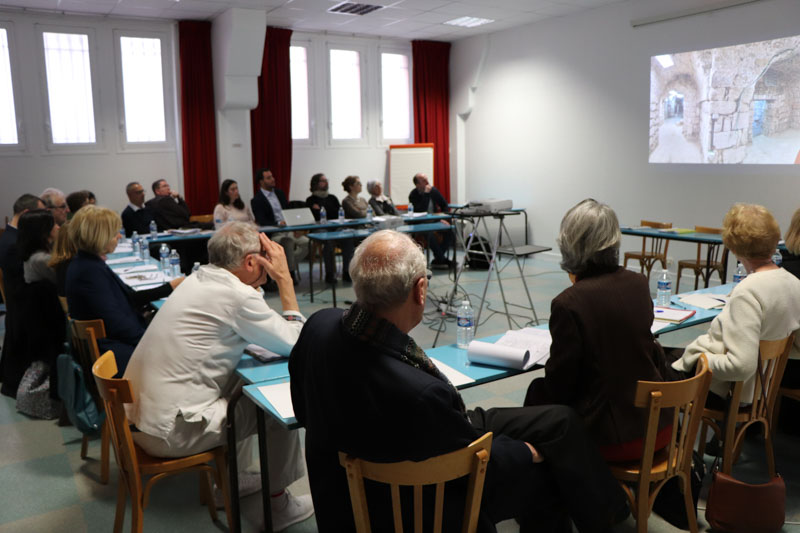 Freshly arrived from Jerusalem, Rome, Trieste, Warsaw, Madrid, Berlin, and Milan, the 30 members of the Scientific Committee of the Terra Sanca Museum confidently returned to the Parisian convent of the Franciscans, which has become familiar to them. Welcomed by Br. Stéphane—in charge of cultural properties at the Custody—and Béatrix Saule, honorary director general at the Château de Versailles, the members found themselves happily taking up conversations which had been left in abeyance since the last reunion.

Soon, however, the atmosphere became serious. “We can be satisfied with the course taken since our first meeting,” Béatrix Saule began. The inventories of the Custody’s historical collection are nearly finished, the museography of the museum is progressing, the campaigns for restoration have begun, and the scientific publications, in which a good number of the of the committee’s members have been engaged, are beginning to come to fruition. Other questions, however, remain to be resolved, and they will be the focus of these two days of reflection. Among these are “the study of the building site, the prevention of security risks, the location of functions annexed to the museum, and the different axes of mediation,” enumerated Béatrix Saule, while glancing at the specialists concerned.

Technical questions were on the agenda for the first day. Jérôme Dumoux, the museum’s scenographer, explained and justified modifications of his museographical plans. “These changes will have influence over the choice of other functions, whether they concern architecture, security, or paedagogy,” he concluded, finding approval from Vincenzo Zuppardo, architect of the museum. In turn, Zuppardo arose and displayed the plans for the museum in 3D. “Now that the museum has come to life, you can tangibly appreciate its progress,” exclaimed Barbara Jatta, director general of the Vatican Museum.

The next day, each of the experts took the floor in turn in order to report on the state of the inventories and the conditions of conservation for the works which they have been studying. Raphaëlle Ziade, head of the Byzantine Department at the Petit Palais opened the session by presenting a complete report on his work of reconditioning 350 icons from the Custody’s collection. “We are impressed, on the one hand, by the work of inventory and conservation which has been done and, on the other hand, by the quality of the icons,” admired Béatrix Saule.

Between two technical discussions on the study of displays, lights, and explanatory placards, Michèle Bimbenet-Privat, conservator general at the department of artworks at the Musée du Louvre, projected images of pieces of gold craftsmanship sent to the Custody by Europe’s royal courts over the course of the centuries. For the moment, 160 of these will appear in the catalogue which she is supervising. This number, however, is far from definite, given the surprises which are hid in the Custody’s inventories. Certain sanctuaries, notably in Cyprus, Lebanon, Naples, and in Syria, have still not been searched; and yet they seem to promise pieces of great value. “The catalogue will thus be increased by other works which we will decide to include,” she concluded. Up to now, only the catalogue of textiles, edited by Maria-Pia-Vescina, specialist of antique fabrics, is ready to be published.

As the Committee reached its conclusion, a draft of the axes of mediation for the future public was presented. “How should the visitor feel,” asked Béatrix Saule. “Wonder before the beauty of these artworks, the surprise of discovering a treasure hitherto unknown but conserved despite the circumstances of history, and the satisfaction of enriching one’s personal knowledge,” describing, in conclusion, the same sense of wonder which has animated the members of the Committee since the beginning of the project. 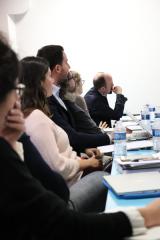 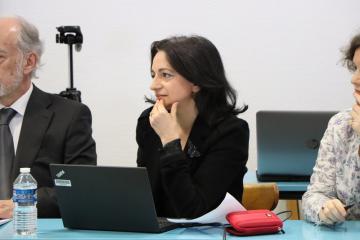 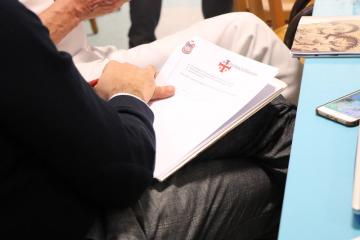 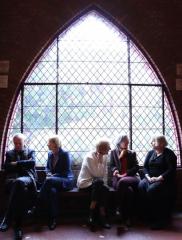 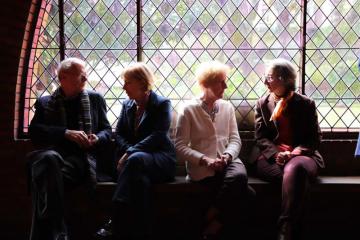