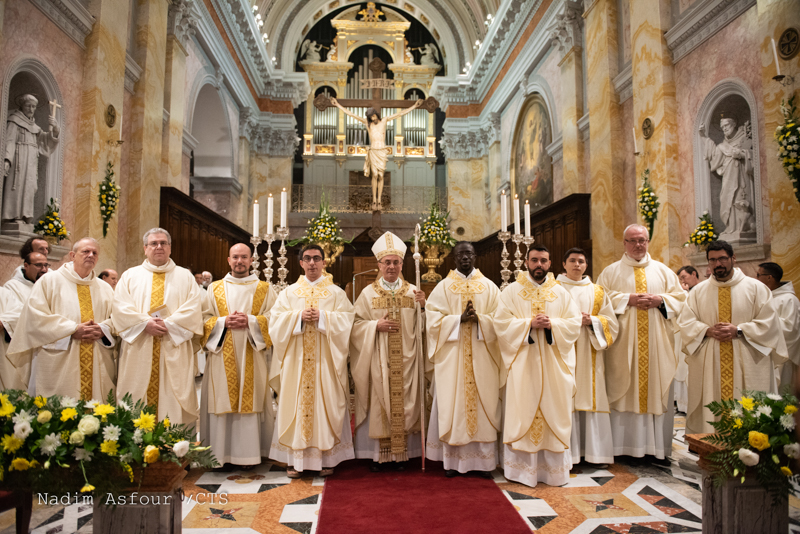 On Saturday 7th December, at the Church of St Saviour, three Franciscan friars were ordained priests. From Chile, the Ivory Coast and Italy, the three completed their cycle of studies and preparation receiving the presbyterate by the imposition of the hands of Mons. Leopoldo Girelli Apostolic Delegate for Jerusalem.

"I want to thank all those who are present, the religious and the brothers,” said the Custos of the Holy Land, Fr. Francesco Patton, who concelebrated, in his introduction, “but I thank in particular the family members who have received this gift from God and who are returning it to God, through the vocation."

Fr. Marco, Secretary of the Custody since last August, Fr. Javier, formerly in charge of receiving young people at the Convent of St Catherine in Bethlehem and Fr.  Jerome, a student of Archaeology and Holy Scripture at the Studium Biblicum Franciscanum, come from three different countries but have followed the same Franciscan path, with all the joys and challenges that this entails.

The Apostolic Nuncio to Israel and Cyprus, Apostolic Delegate in Jerusalem and Palestine His Excellency the Most Reverend Mons. Leopoldo Girelli commented on the passage from the Gospel of the Good Shepherd emphasizing how “Jesus is the Good Shepherd, who gives his own life for the flock and this word marks the start of our priesthood: we have been chosen to be shepherds and not mercenaries." "Today is the liturgical memory of St. Ambrose, the Bishop of Milan,” Mons. Girelli continued, "a great Shepherd who stood out for his pastoral care and for his wisdom. May he be an example for all of us priests.”

The ordination came to an end with the invitation to mould their lives on the mystery of Christ’s cross and immediately afterwards the three new priests were greeted with an embrace and kissing the consecrated hands, which symbolizes that they have joined the priestly community. At the end of the liturgy, Fr. Jerome thanked all those present, expressing the joy of the three newly-ordained priests by singing Psalm 150. He also spoke of the profound gratitude of the three Franciscans to the community of spiritual formation and where they did their studies. “We are certain  of our mission and of the challenges related to this magnificent work of love,” Fr. Jerome concluded on behalf of the three Franciscan friars. 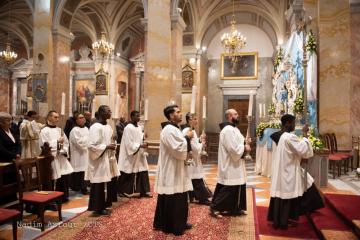 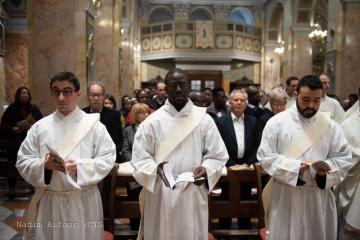 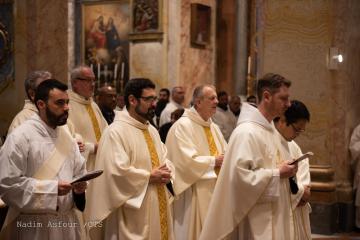 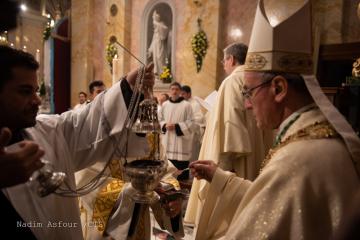 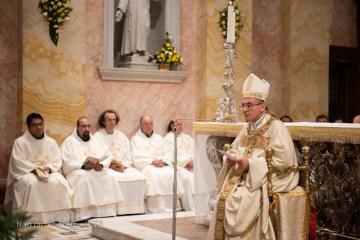 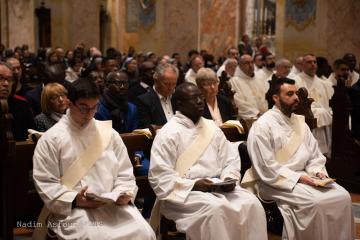 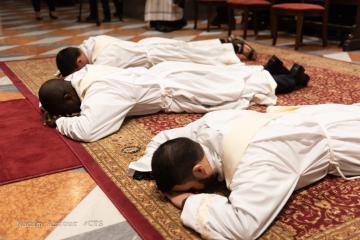 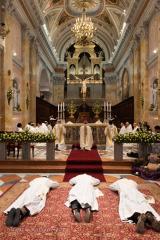 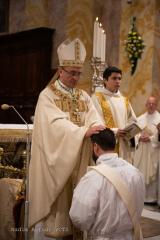 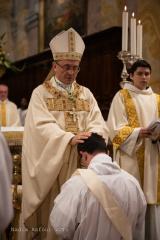 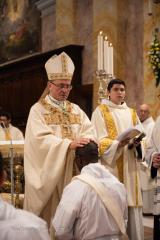 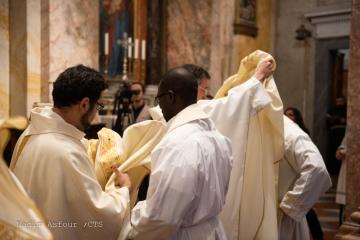 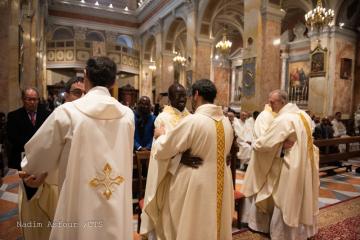 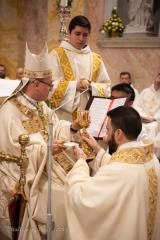 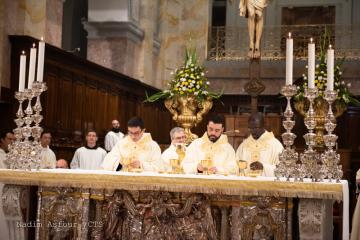 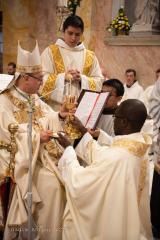 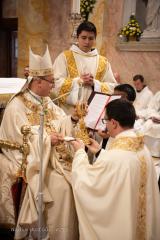 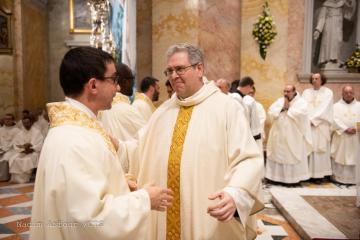 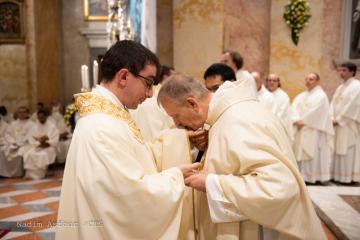 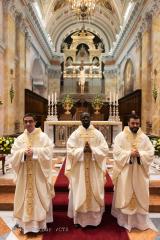 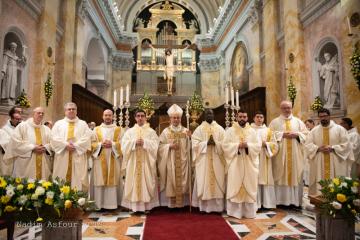 Orthodox Easter: the wishes of the Custody to the Oriental Churches