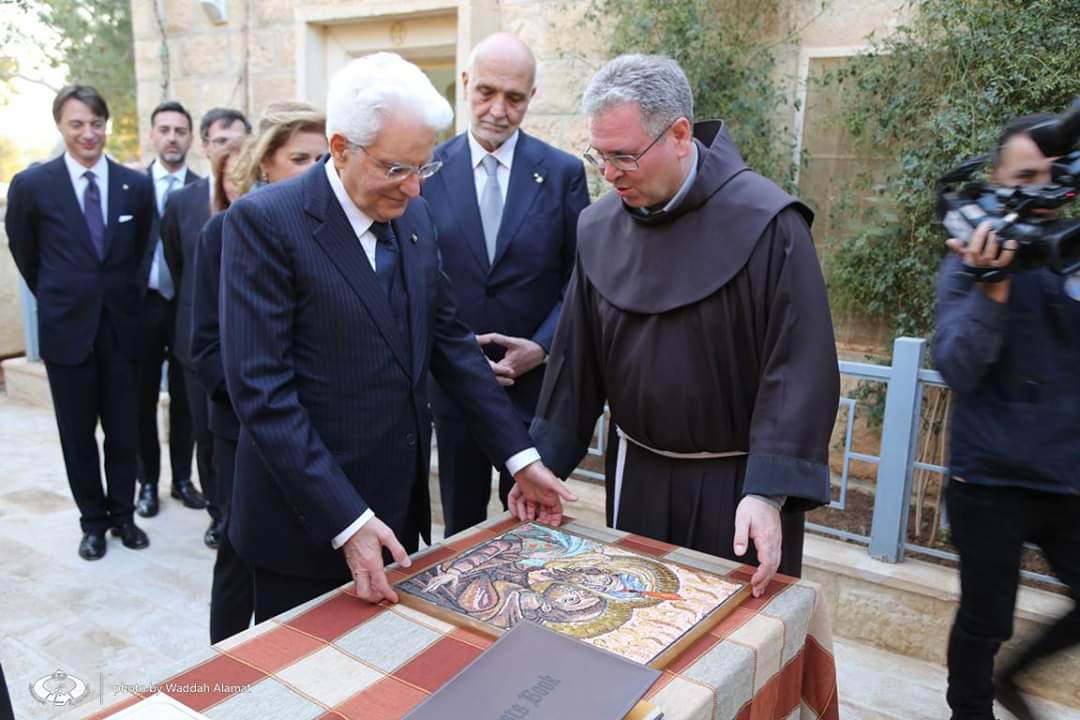 The Italian President Mattarella, on an official visit to Jordan for three days, visited the site and the shrine of Mount Nebo accompanied by the Custos of the Holy Land, Fr. Francesco Patton.

The President’s visit started from the outside, with the biblical guidance of the Father Custos, who told him of the importance of the place and the significance for Moses who saw the Promised Land from there but did not enter it. Fr. Eugenio Alliata, archaeologist and teacher at the StudiumBiblicum Franciscanum, who explained the history and the art of the site from an archaeological point of view, was also present. Subsequently it was Franco Sciorilli, a pupil of Fr. Michele Piccirillo – archaeologist and Biblical scholar of the Custody – and supervisor of the team of local experts who curated the restoration of the mosaics, who spoke, talking about his work in contact with the site, the place and the team of Jordanians.

The Memorial of Moses on Mount Nebo is the place where, according to the Bible (Deuteronomy 34), God showed Moses the Promised Land and where the prophet, worshipped by the three monotheistic religions, died. From the fourth to the ninthcentury, a community of monks continued, on exactly this spot, to perpetuate the memory of Moses. During the 20thcentury, the archaeologists of the Custody of the Holy Land brought the ancient monastery, the basilica and its mosaics to the light. The works began with Fr. Sylvester Saller continued from 1963 with Fr. Virgilio Corbo, with Fr. Michele Piccirilloin 1973, and were completed under the supervision of Fr. Eugenio Alliata for the construction of the Memorial from 2012, which brought to the light various pieces of archaeological evidence that stimulated new hypotheses of archaeological research.

After the exchange of gifts, the visit then came to an end: the Custody of the Holy Land gave the President a mosaic by Sciorilli portraying St Francis and the Sultan, in honour of the 800th anniversary of the meeting between the two figures while President Mattarella gave the Custody a picture showing the Virgin Mary Sewing from a 1610 decoration by Guido Reniwhich is in the Chapel of the Annunciation or of the Virgin Sewing, part of the private apartments of Paul V, born Camillo Borghese. 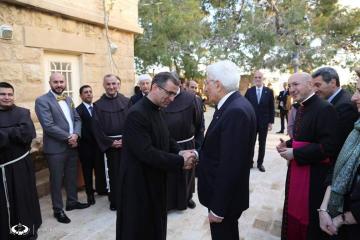 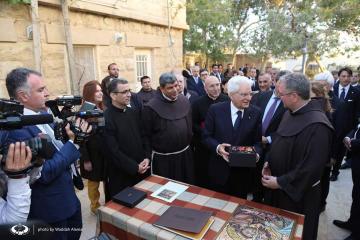 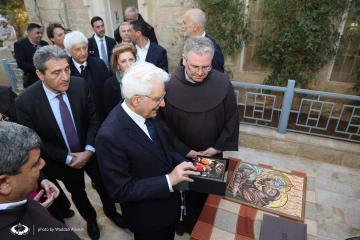 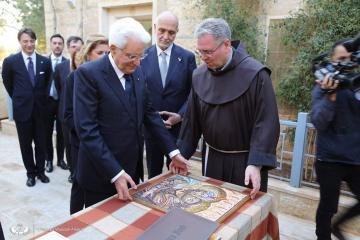 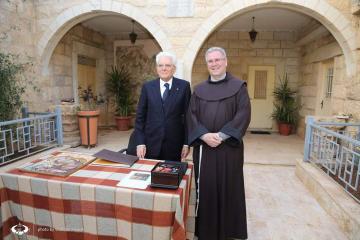 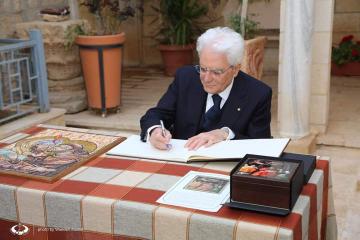 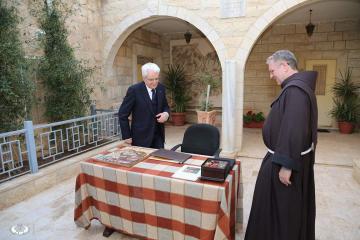 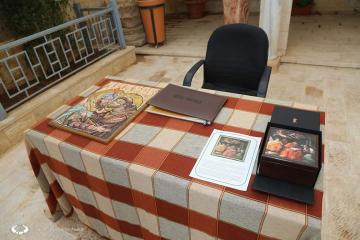 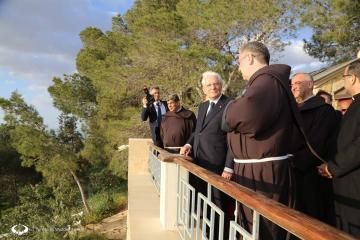 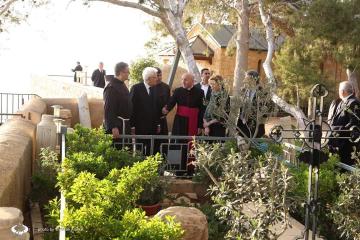 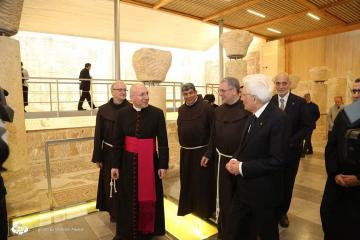 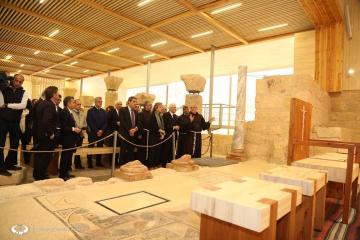 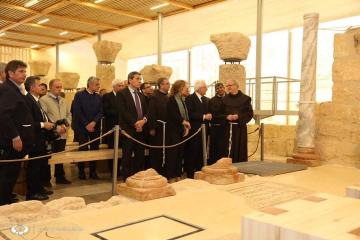 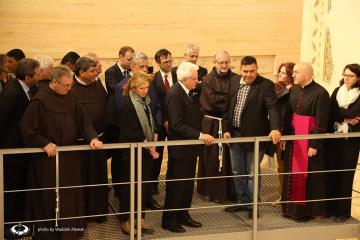 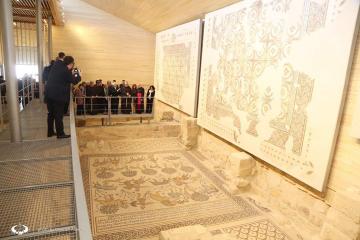 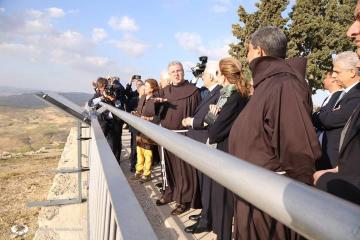 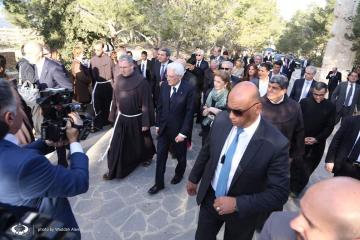 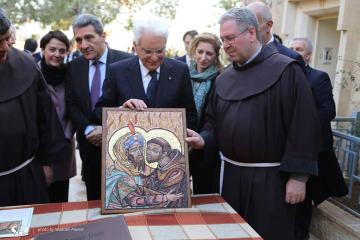 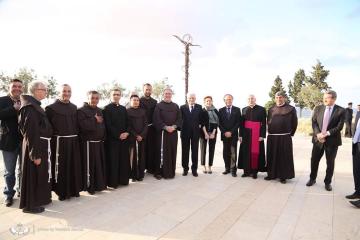 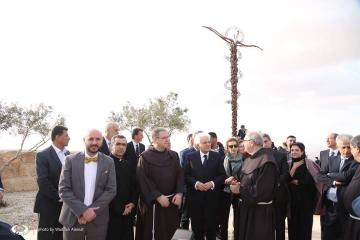 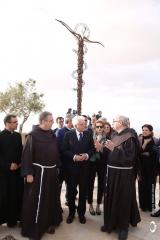