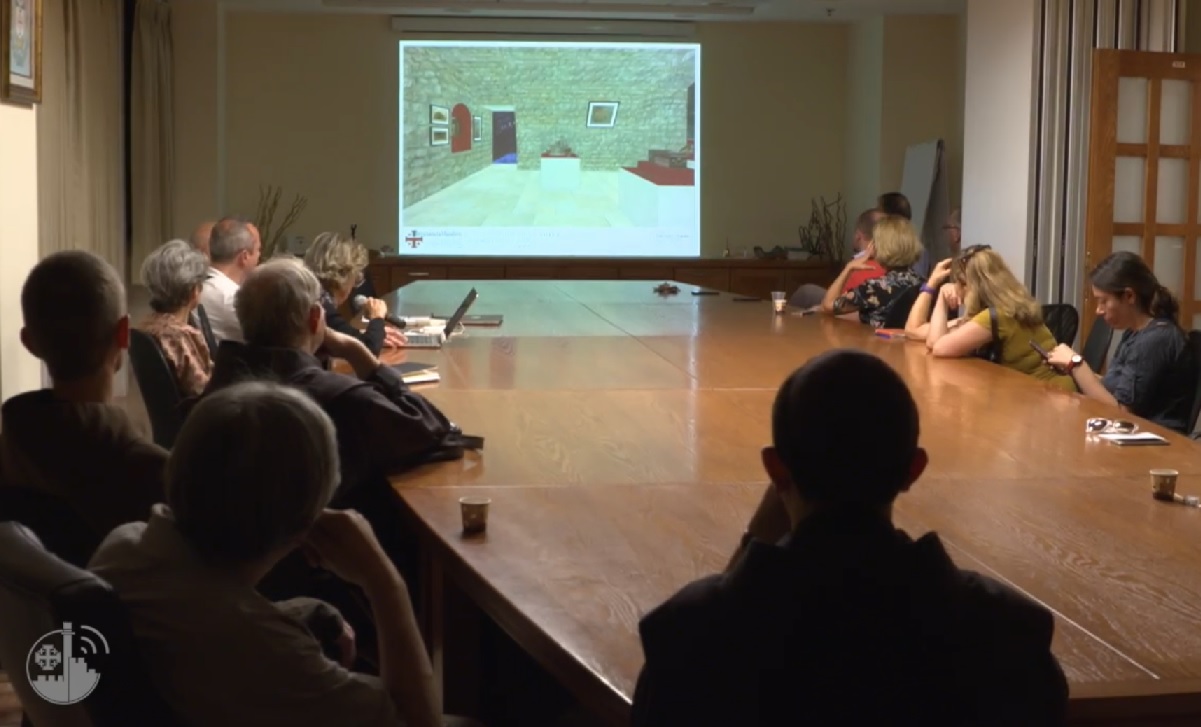 According to estimates, the museum should be inaugurated in 2020 and will display documents and liturgical and artistic objects dating back several centuries, belonging to the heritage of the Custody of the Holy Land.
Preserving holy places and above all faith and Christian tradition in the land where Jesus was born, lived, died and resurrected. A mission of the Custody of the Holy Land that will acquire even more strength with the inauguration of the historical section of the Holy Land Museum. The collection will bring together liturgical and artistic objects, as well as historical documents dating back to different centuries.

The project is entrusted to a commission involving the Custos and experts from all over the world.
The Scientific Committee is headed by Béatrix Saule, Honorary Director General of the Palace of Versailles and led by Br Stéphane Milovitch, Director of Cultural Heritage of the Custody of the Holy Land, and Br Eugenio Alliata, Director of the Multimedia and Archaeological Section of the Holy Land Museum.

BÉATRIX SAULE
Honorary General Director of the Palace of Versailles
"We will not show art in itself and considered for itself. Rather, the Museum of the Holy Land will show the Christian presence in Jerusalem over two millennia. This will happen in two different places: in the Museum of the Flagellation, through the results of archaeological excavations conducted by the Franciscans for 8 centuries and through the multimedia area already open on the Via Dolorosa, and secondly in this historical section of the Holy Land Museum.

On 6 June the preliminary project was presented by the scientific committee of the Custody of the Holy Land. It is estimated that the inauguration will take place in 2020, at the Convent of St Saviour in Jerusalem on a surface of about 1000 square meters, 2500 in total, considering the three sections.

BÉATRIX SAULE
Honorary General Director of the Castle of Versailles
"This is a museum with an international scope for the quality of the works that will be exhibited there. For the most part, these are unique items in the world. This is what we could see during the presentation of some of these pieces at the Château of Versailles in 2013. It was an extremely surprising exhibition for all visitors, and for experts in particular, because no one imagined the existence of works of art of this level and rarity and so well preserved. "

The paintings, an organ of the twelfth century, spaces dedicated to the various churches or St Francis of Assisi and the Convent of St Saviour, baptismal records of local Christians, archaeological excavations, a multimedia room, objects and liturgical clothes, gifts offered by Spain, Portugal, France, Italy and many other countries, models of basilicas and even objects of an ancient pharmacy.These are just some of the elements that will be in the museum, which will exhibit almost 300 works. A project carried forward thanks to common efforts.

BÉATRIX SAULE
Honorary General Director of the Castle of Versailles
"It is a dialogue that is established between art historians, historians of Jerusalem, historians of Palestine, historians of all the religious communities present here. It is a true dialogue, an extremely rich encounter. "

The museum will have 20 rooms and will be a further instrument for the protection of the historical, artistic and, above all, faith life of the Holy Land.