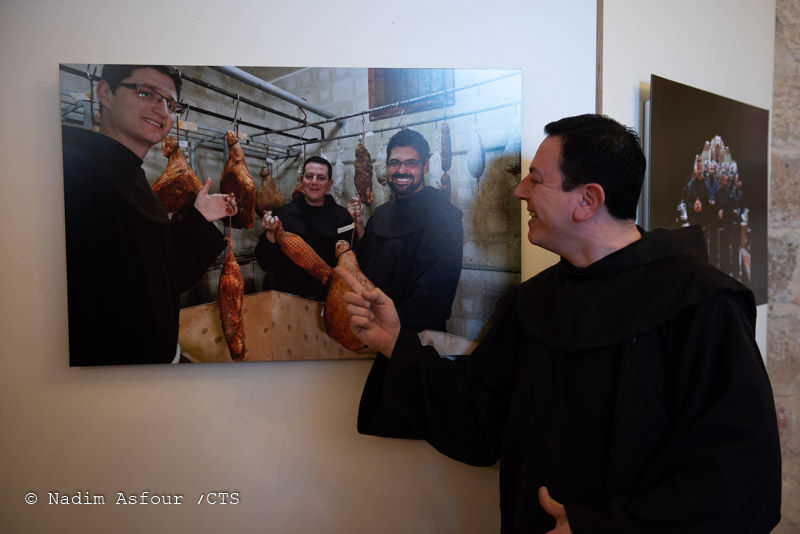 The daily life of the Franciscan friars of the Custody of the Holy Land is recounted by the shots taken by Thomas Coex, a photographer for Agence France Presse. From June 11 until the end of October, visitors can admire a selection of these photos in the exhibit entitled “Franciscans of the Holy Land, guardians of Christ’s tomb,” which is taking place at the Custodial Curia of St. Savior’s Monastery in Jerusalem. Together with the photographer, the correspondent from Le Figaro, Cyrille Louis, also worked on the project. “The idea of ​​working together on a project about the daily life of the friars,” explained the journalist, “stems from an article for the French newspaper Le Figaro, which will be published on the occasion of the 800 years of Franciscan presence in the Holy Land.”

After the great success of the photographs on social media, the idea came to present the shots in an exhibition. Thanks to the possibility of following the friars in their daily activities, Thomas Coex managed to capture moments of both the private and public lives of the Franciscans of the Holy Land. The images thus range from liturgies to the Holy Sepulcher, to helping local Christians, to community life in the monastery.

At the opening on June 11, the Consuls from Spain and France and Mons. Marcuzzo, Patriarchal Vicar for Jerusalem, were present. The Custos of the Holy Land, Fr. Francesco Patton, did the honors and thanked Cyrille Louis and Thomas Coex “for having entered into the lives of the friars in a friendly and respectful way.”

“This exhibit is firstly dedicated to all of the friars,” said the photographer. “It was a challenge to share some moments in your daily life.” Thomas Coex also dedicated the exhibit to a deceased French photographer, who was a source of inspiration for him, and to a colleague of his at AFP, who was hit by a bullet last Friday at the Israel-Gaza border.

“Thanks to the outside perspective of an artist, in these shots, we friars of the Custody can uncover our own life and our mission in the Holy Land,” said Br. Stephane Milovitch, director of the Custody’s Cultural Heritage Office. The exhibit is part of the cultural activities of the Terra Sancta Museum, which also promotes temporary exhibits on the lives of Christians in the Holy Land.