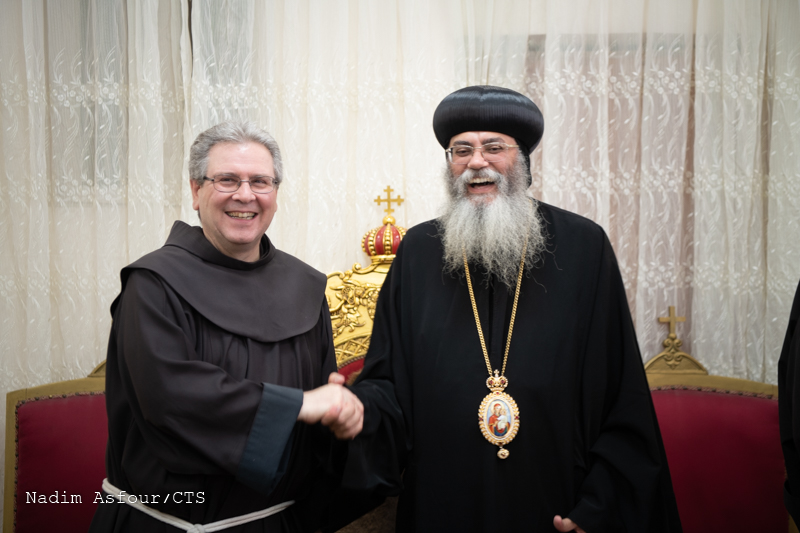 After the meetings last month in the convent of the Custody of the Holy Land, on the occasion of Easter according to the Latin calendar, on 4th and 5th May the Franciscan friars once again met the heads of the Orthodox Churches of Jerusalem, visiting them in their respective bishops’ sees. The friars of the Custody wanted to exchange the wishes received and extend them to their brothers of the Oriental Churches, who celebrated Easter joy on Sunday 2nd May, according to the Julian calendar.

The Custos of the Holy Land, Fr. Francesco Patton, together with the Custodial Vicar Fr. DobromirJasztaland a delegation of Franciscan friars, went to the Greek Orthodox  Patriarchate of Jerusalemon the morning of 4th May. Fr. Patton, in his speech of wishes, wanted to recall the importance of the ceremony of the Holy Fire, a fundamental rite in the Orthodox Holy Week with which Easter is symbolically announced, thanks to the flame of the fire of Jesus Risen. “The fire of reconciliation and of resurrection can spread especially in these difficult times, » Fr.Patton said. « When there is cooperation between us, we show everyone that we are A Single Body and that we can be witnesses of reconciliation and peace.”

In this sense, according to the Custos, the Christian community of the Holy Sepulchre, made up of representatives of the Catholic, Greek Orthodox and Armenian communities. The Patriarch Theophilus III also spoke of the community of the Holy Sepulchre and how fundamental the Status Quo is to keep life in the Basilica autonomous. The Holy Sepulchre shows the special character of Jerusalem and its promise of being a home for all peoples. “We are grateful to you, dear Fr Francesco, for your leadership in keeping good relations and harmony between us,” the Greek Orthodox Patriarch told the Custos of the Holy Land.

In the next visit to the Ethiopian Orthodox Patriarch in the Old City of Jerusalem, Fr. Francesco Patton spoke of the feast of Easter as the source of faith and hope. After words of gratitude for the visit, the Archbishop if the Ethiopian Orthodox Patriarchate, Aba Embakobwanted to emphasize the importance of the resurrection of Jesus, our liberator and our rock: “Our peace comes from Christ Risen and it is God that helps us meet here today. Let us pray together for peace.”

On 5th May it was the Archbishop Gabriel Daho who welcomed the delegation of the Custody of the Holy Land to the Syriac Orthodox Patriarchate. The Archbishop expressed his joy at receiving the Franciscan friars, also underlining how good the relations are between the two communities. “For us you are an example and this is your house,” he said. “I hope that we can always continue to cooperate, because only if we are united will we give glory to God..

“The announcement of Christ Risen has gone through history and continues even today to warm our hearts,” Fr. Francesco Patton said later, during the following visit to the Coptic Orthodox Patriarchate of Jerusalem.  There, the ArchbishopAnbaAntonioswanted to share his reflections on Easter. “On this feast, we still see today how life has defeated death and the life that never dies is Jesus,” concluded the Coptic Archbishop. “Just as in the sea the large fish eat the small ones, the human life of Jesus swallowed death. Those who believe in Christ alive never dies.”

Tag: Ecumenism and inter-religious dialogue,  Heads of the Churches 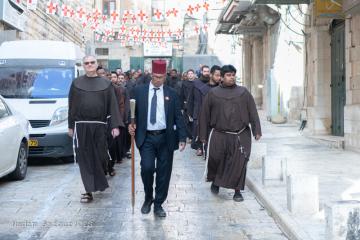 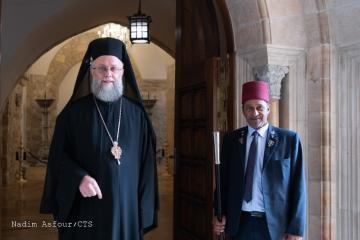 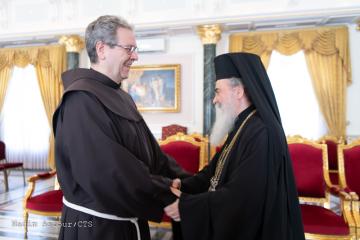 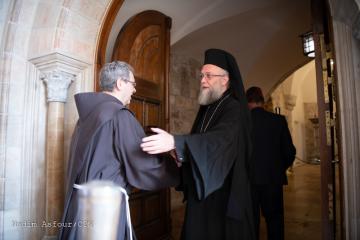 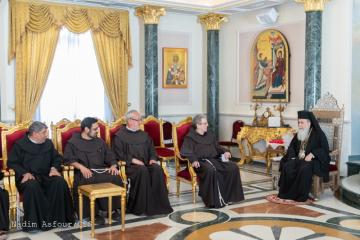 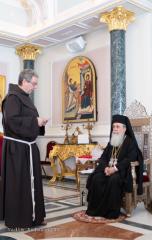 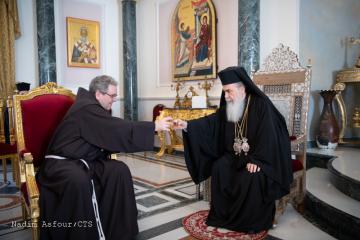 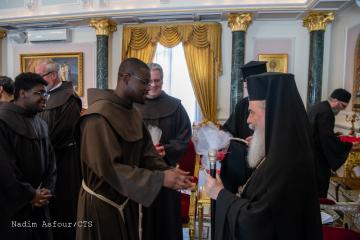 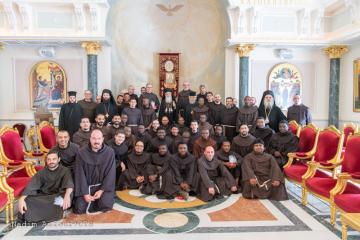 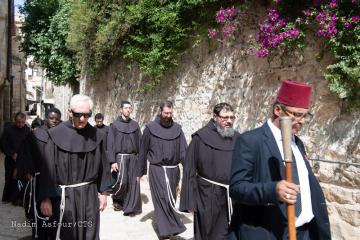 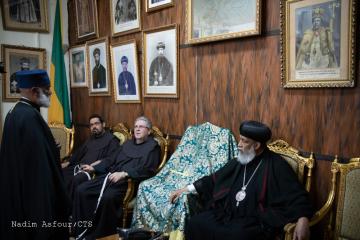 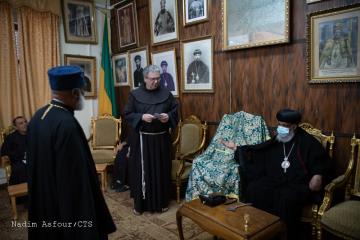 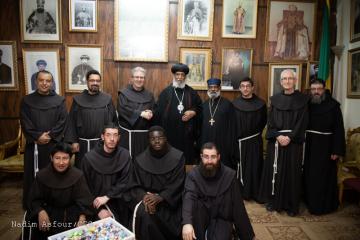 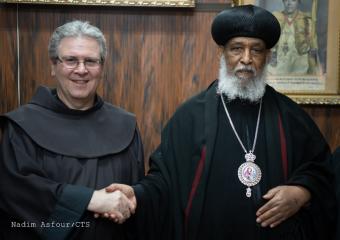 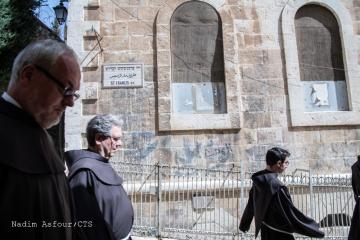 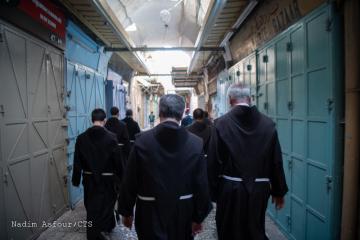 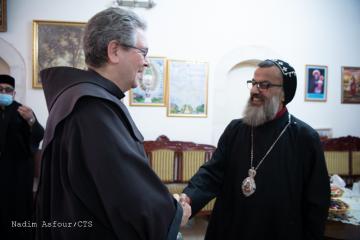 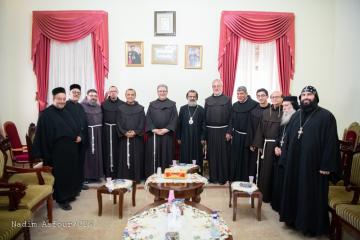 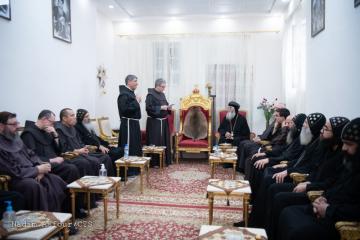 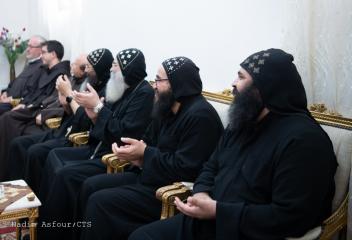 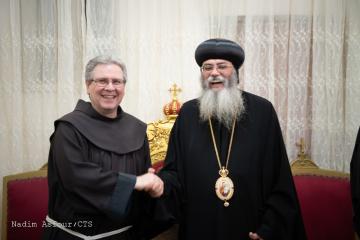 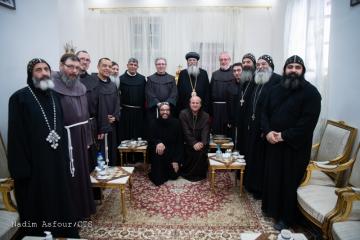