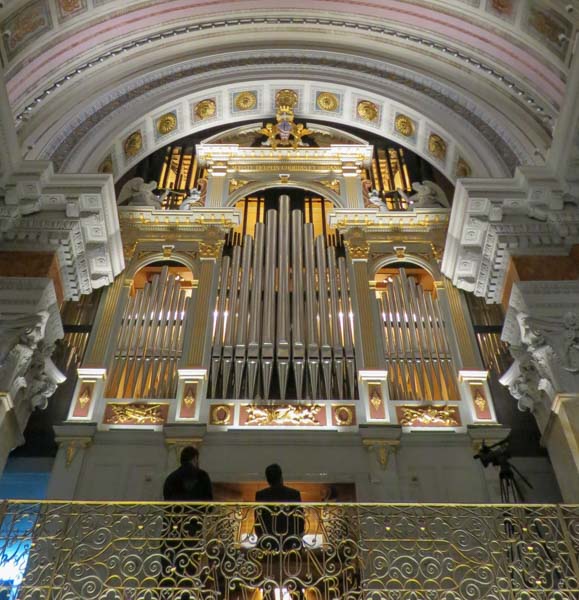 The concerts will feature Spain’s Pedro Alberto Sanchez, organist at the Monastero Reale of the Escorial in Madrid, who will perform in the first week from 23rd to 26th October, and the talented young Italian, Davide Mariano, a soloist of international level who has won some of the most important competitions, in the week from 30th October to 2nd November.

The concerts in Nazareth on 24th and 31st October can be followed in live streaming on the website of the festival - www.tsorganfestival.org - where it is also possible to consult the complete programme of this and the previous four seasons.

The Terra Sancta Organ Festival, organized by the Custody of the Holy Land in all the countries where it is active, is a way of showing the presence of the Christian communities in the Middle East and in the Levant in the field of music and culture. Organ music here represents an exceptional artistic repertoire, perceived as specifically Christian, as the pipe organ is present almost only in churches. The concerts take place in churches but the audience is made up of music lovers of all religions: the Terra Sancta Organ Festival is one of the rare occasions in the Middle East and in the Levant when the sound of a pipe organ can be heard outside the normal liturgical context.

The fifth season of the Terra Sancta Organ Festival opened on 20th September in the Basilica of Mount Nebo in Jordan, continuing on the island of Rhodes from 28th September to 6th October with the Organ & Music Festival Rhodes, in Harissa, Lebanon on 20th October for the inauguration of the new organ and the dedication of a street to St. Francis, and then in Israel and Palestine. In November, the festival will be in Syria with the fourth Damascus Pipe Organ Week to then start the new year in Lebanon with the Lebanese Organ Week and concerts in Cyprus.

Dialogue with Br. Francesco Patton - Illness in the life of St. Francis and the Franciscan Sources