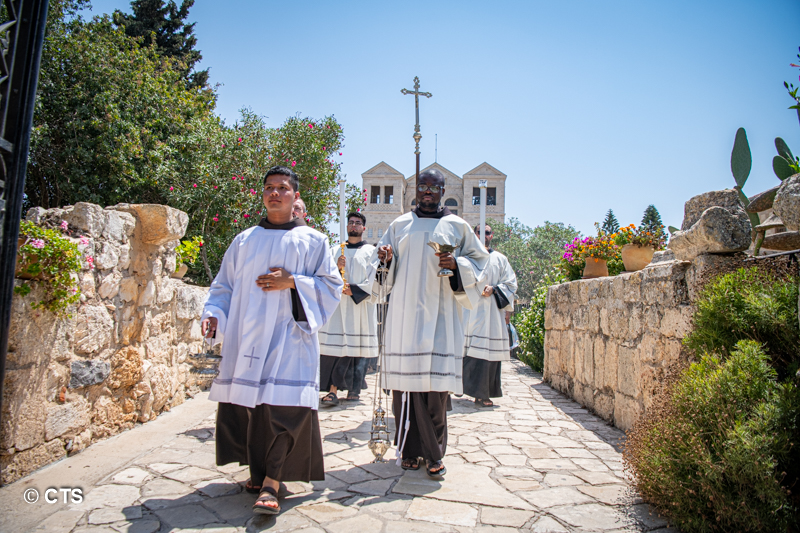 Every 6 August, the Custos of the Holy Land celebrates the solemn stational liturgy of the Transfiguration of Our Lord on Mount Tabor, with the participation of a large number of local worshippers and pilgrims. As tradition has it, the solemn stational liturgy took place on the site where, according to the Gospels, the Transfiguration of Jesus took place: "on a high mountain […] his face shone like the sun and his clothes became white as light" (Matthew 17, 2). The identification of this mountain as the one where the Transfiguration of Jesus took place dates back to the 4th century by St Cyril of Jerusalem; in his Catechism, he was the first to associate this site with the event narrated by the Gospels.

Mount Tabor is in Galilee and is a hill about 500 metres high which dominates the surrounding plain. In the Old Testament this mountain was considered sacred by the Israelite tribes of the north: Zebulun, Naphtali and Issachar. Three churches were built on its summit in Byzantine times to recall the three tents that Peter wanted to erect after having witnessed the luminous apparition of Jesus and the contextual apparition of Moses to Elijah (Matthew 17, 3-4). Today, the Basilica of the Transfiguration, the work of the Italian architect Antonio Barluzzi, stands on the ruins of these three churches. Built in the first half of the 1950s, this church has a majestic façade made up of two lateral towers, linked by a central Romanesque arch which marks the entrance. The interior, on the other hand, is architectonically consecrated to the prevalence of the element of light: light recalls the event of the Transfiguration narrated in the Gospel. A majestic and dazzling Christ stands out against the mosaic gold background of the upper apse dome.

As per tradition, the Custos of the Holy Land, Fr. Francesco Patton,presided the solemn mass, and the homily was delivered in Arabic by the parish priest of Nazareth, Fr. Marwan Dides, ofm. Considering the solemnity, the apostolic nuncio for Israel and Cyprus and delegate for Jerusalem and Palestine, Mons. Tito Yllana, was also present, greeted by Fr Patton at the end of the mass. A  very large number of local faithful and pilgrims from all over the world were also present.

The mass came to an end with the final prayer to God to “transform humanity into the image of Christ who in the Transfiguration revealed to men the mystery  of his glory." The liturgy continued with the traditional procession "indescendentibus", in the direction of the chapel of the same name located a few hundred yards from the Basilica. This procession intends to evoke the episode narrated by the Gospel in which, coming down from the mountain, Jesus ordered  the disciples present, Peter, James and John, not to speak to anyone of what they had just seen until after the Son of man had risen from the dead. Some small branches of the oak tree which stands in the shrine of Mount Tabor were blessed here and distributed to the faithful. 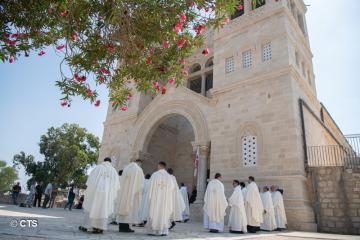 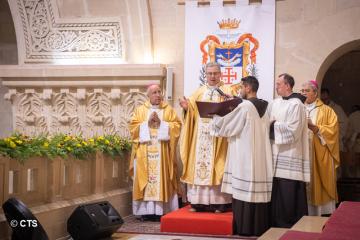 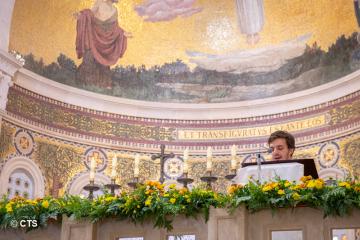 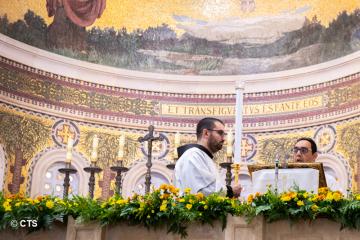 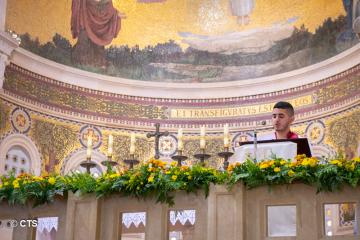 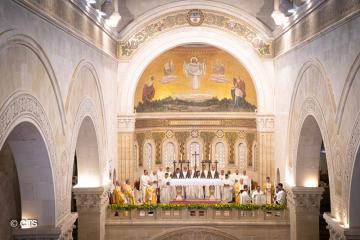 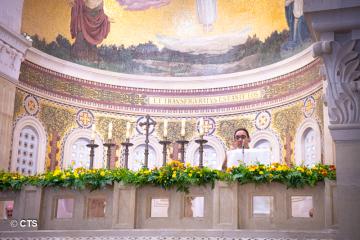 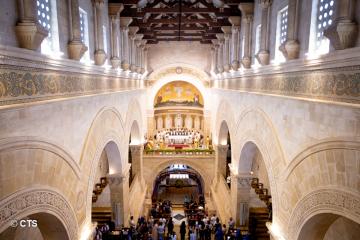 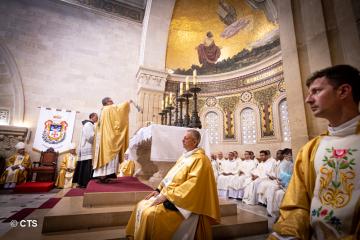 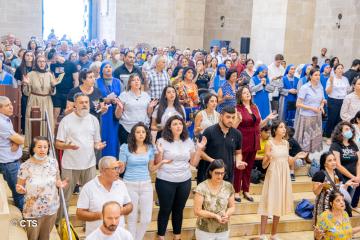 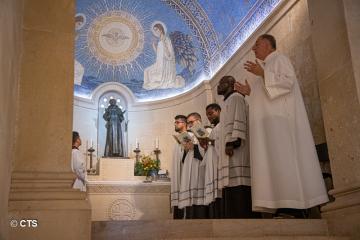 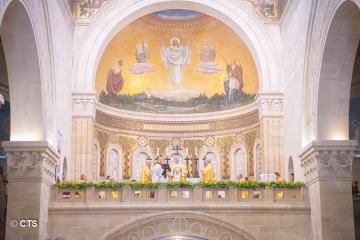 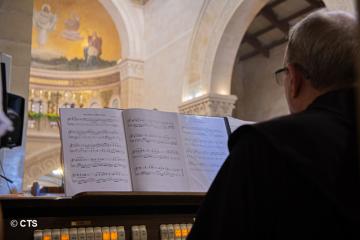 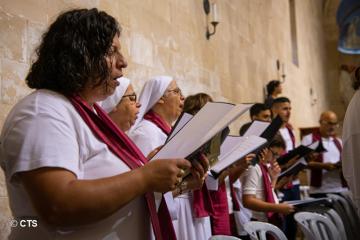 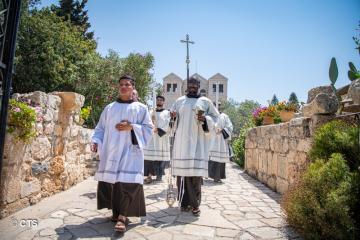 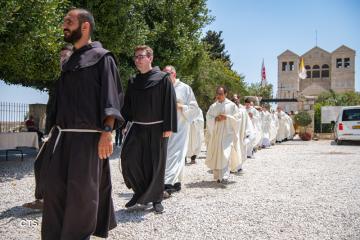 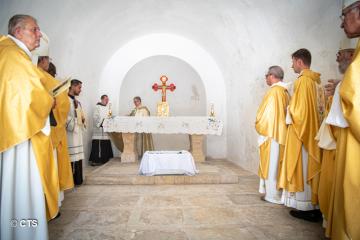 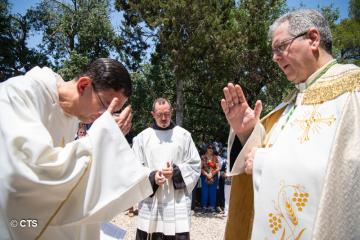 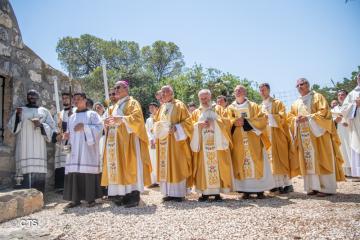 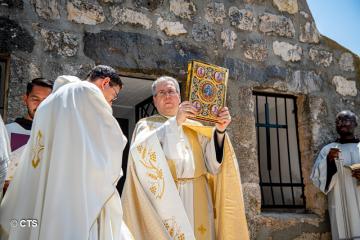 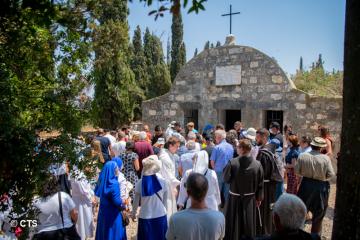