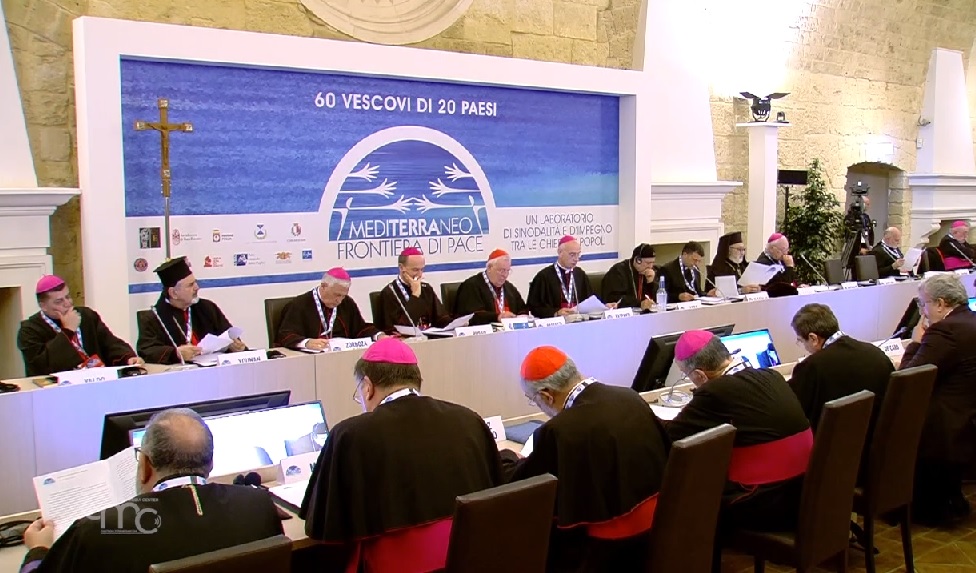 It already promises to be the first step on a path that cannot stop. The meeting dedicated to the "Mediterranean frontier of peace" brought together for three days 58 bishops and patriarchs of 20 countries to discuss the main challenges of the Mediterranean basin - peace, migration, dialogue -, challenges that must be faced together.

Br FRANCESCO PATTON, ofm
Custos of the Holy Land
"All churches, therefore, from an ecumenical perspective, must be able to speak with one voice and have common positions. And then it is necessary - in the spirit of the Abu Dhabi Document - to begin to work together also with Muslims and Jews".

In Bari - already renamed "capital of unity" - Pope Francis arrived too. On the final day of the event, he spoke about the many situations of tension on the shores of the Mediterranean, drawing attention to the conflict still open in the heart of the Holy Land.

Pope FRANCIS
"Today the Mediterranean area is threatened by many outbreaks of instability and war, both in the Middle East and in various states of North Africa, as well as fights between different ethnic groups and religious and confessional groups. We cannot forget the still unresolved conflict between Israelis and Palestinians with the danger of unfair solutions, which might herald new crises".

The words of the Pope on the war are clear.

Pope FRANCIS
"It's madness... that we cannot resign ourselves to... ever.
The ultimate goal of every human society remains peace. There is no sensible alternative to peace."

Pierbattista Pizzaballa, the Apostolic Administrator of the Latin Patriarchate of Jerusalem, explained to the Pope that "we are only at the beginning of a journey". Illustrating the summary of the long days in Bari, Mgr. Pizzaballa announced the commitment "to organize permanent common prayers for peace with all the churches and to establish inter-religious committees where there are none. In search of dialogue, he pointed out, to which "many in these days have said they prefer the term "conviviality" because we live together".

HE Mgr PIERBATTISTA PIZZABALLA, ofm
Apostolic Administrator of the Latin Patriarchate of Jerusalem
"In a complex and articulated reality like the Mediterranean one, where plurality is the characteristic of our societies, we intend to take on its contradictions, learning and teaching to live them with Christian hope. Many of these contradictions will remain, we will not change them, but we can live them with hope".