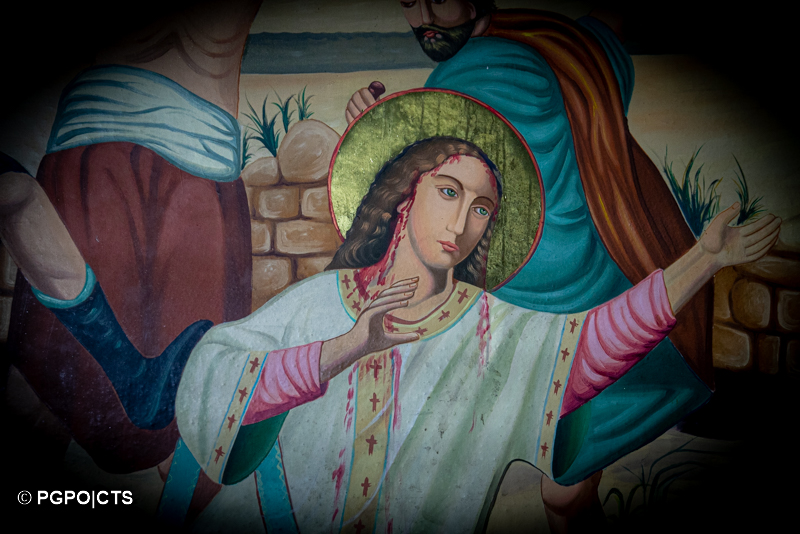 “The doors of heaven open to Stephen, the first to be crowned with the glory of the martyrs.” With this antiphon, sung during the recital of the second vespers on 26th December, the friars of the Custody of the Holy Land recalled the protomartyr Stephen in the place where tradition suggests his stoning occurred. The Franciscans go on a peregrination to this site on the day after Christmas, which also always sees great participation by faithful and pilgrims. The Acts of the Apostles (Acts 6,8-15; 8,13) narrate the arrest, the trial and the lapidation of Stephen who, with this extreme sacrifice, became the first martyr of the Church.

In Jerusalem, there are two places which are identified as the exact site of the lapidation of St Stephen, corresponding to two different traditions: the first sets the episode east of the city, outside what is known as the Lions’ Gate; the other places it to the north, where today the church of Saint-Étienne of the Dominicans stands. Over time, the first hypothesis has prevailed, i.e. the one that puts the site of the martyrdom outside the Lions’ Gate (which for this reason is also called St Stephen’s Gate). In favour of this hypothesis there is an ancient Judeo-Christian tradition and the geographical vicinity of the Temple.

Today, here, just a few dozen yards from the Basilica of the Nations in Gethsemane, there is a grotto incorporated in a Greek Orthodox chapel named after St Stephen, decorated with mural paintings illustrating the life of the saint. “Here” (hic), the vespers were presided by Fr. Zacheusz Drazek from the nearby convent of Gethsemane, while the commentary on the word was given by Fr. Sinisa Srebrenovic.

“Today we receive a slap in the face,” Fr. Sinisa began his homily. “We receive a moral slap in the face from those who die for Jesus. Yesterday we celebrated the birth of the Saviour, but today the liturgy gives us the memory of Stephen, the first martyr, he who gave everything for Christ. The liturgy therefore almost seems to suggest we forget the celebrations for the birth of Jesus and exhorts us to wake up. It advises us to arouse from  the consumerism of Christmas. In this period we risk forgetting who the central figure of the celebration is, the one for whom we should be willing, like Stephen, to give our lives, i.e. Jesus Christ. Here in Jerusalem, where we have the grace of living in these holy places, we have to give even more testimony with our lives. Our Jerusalem liturgy itself exhorts us to do so. The slap of today’s liturgy is this: There is not only the beauty of Jesus coming into the world, but also the terrible thing of Stephen’s martyrdom. This great saint today teaches us and comes to us to remind us who the central figure of the feast-day we celebrated yesterday is.”

At the end of the vespers, the Franciscans and all those present stopped to venerate in the shrine the spot which recalls the extreme sacrifice of Stephen, placing lit candles on the stone steps in the grotto. These steps are also particularly important for the purposes of establishing the place of the saint’s martyrdom as they find continuity with the steps dug in the rock under the esplanade of the Temple, where the ancient access way to the old walls stood. 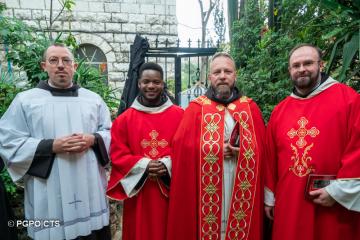 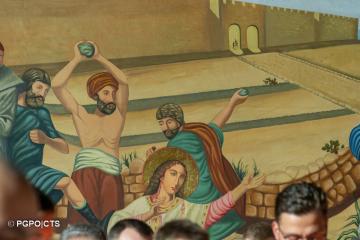 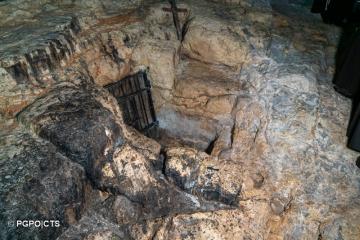 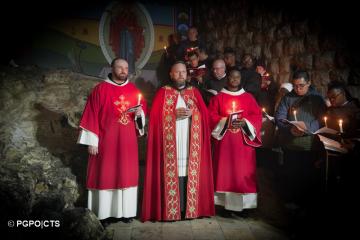 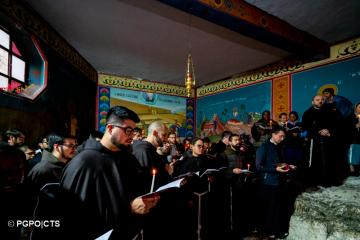 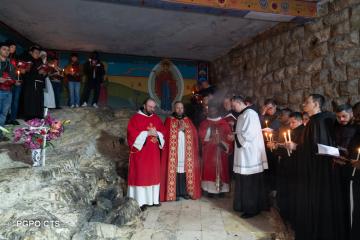 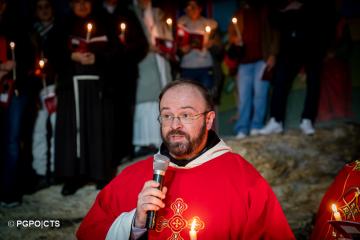 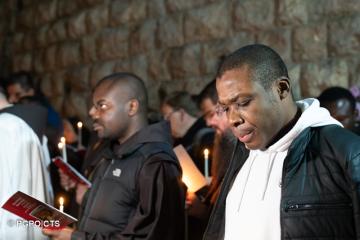 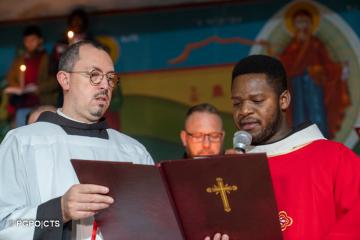 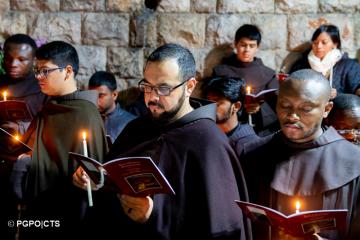 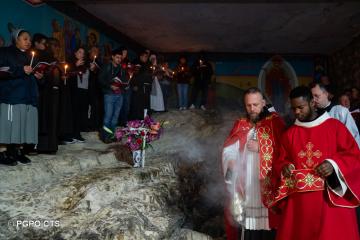 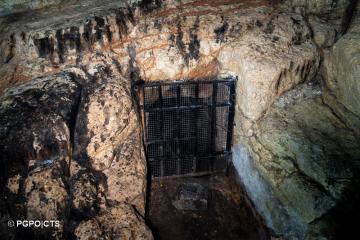 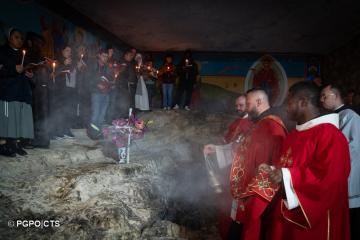 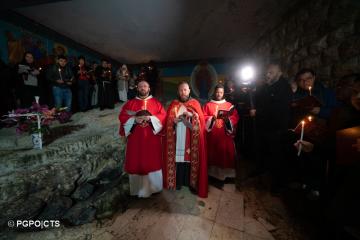 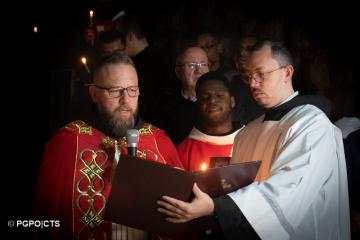 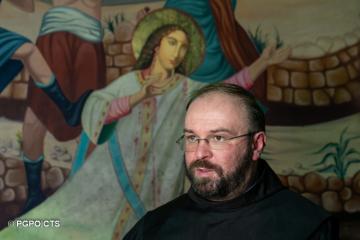 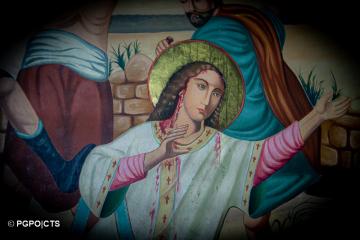 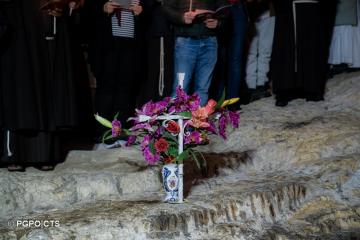 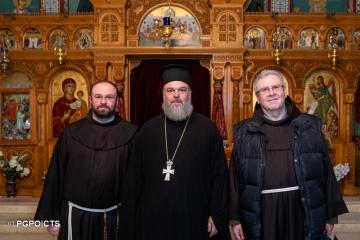