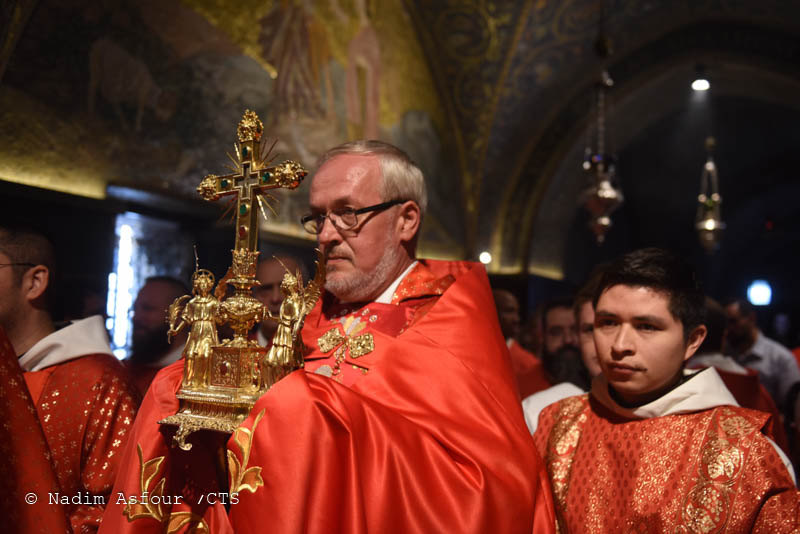 The solemnity of the Exaltation of the Holy Cross was celebrated on 14th September on Mount Calvary in Jerusalem as well.

During the liturgical year, there are various moments of celebration dedicated to the cross, which for the Christian is the tree of life and a mark of the authority of Christ over those who, in baptism, are configured to him in death and in glory. This day can be linked directly with the start of the public cult of the Christians in the world and in the Holy Land: the edict of Constantine (4th century) and the consequent possibility and decision to build the Basilica of the Anastasis have their real justification in the discovery of the remains of the cross of Christ in the area of the Sepulchre by St Helen, on 14thSeptember of about 327.

As Fr. Dobromir Jasztal, Custodial Vicar, who celebrated the Holy Mass on the day of the solemnity.  said in his comment to the Gospel, for the first four centuries it was impossible for Christians to identify themselves in this symbol. There were various reasons for this: probably not to run the risk of profanation of the symbol, but also because the mystery and the depth of the death of Jesus on the cross had not yet been fully understood. At the beginning, there were other symbols of the faith; breaking bread and the symbol of the fish. As time passed, the great sacrifice of Love that Jesus makes for us in that act, testifying in his turn a great faith as well, was increasingly understood.

“The Church and all of us were born from the death of the Son of God and his resurrection. Those who believe, will have eternal life,” concluded the vicar. After the mass, the friars and the faithful went in a procession to the Franciscan chapel, where the veneration of the relic of the Holy Cross took place. 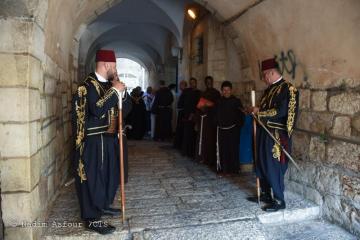 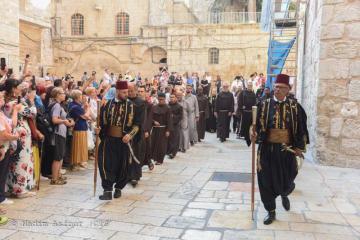 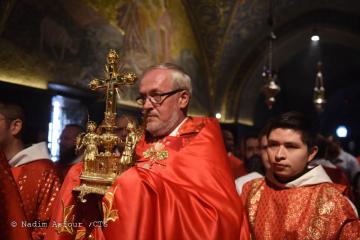 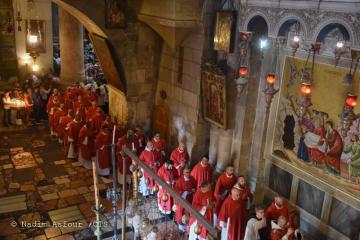 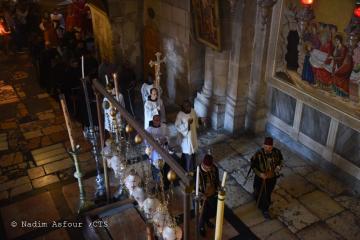 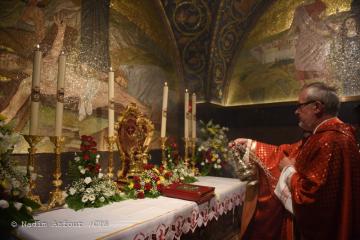 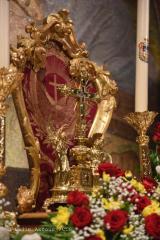 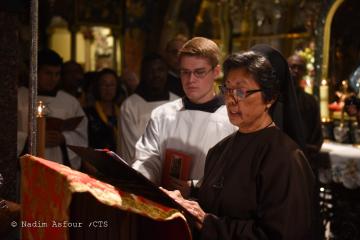 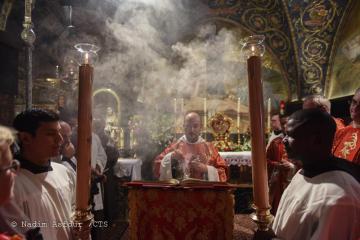 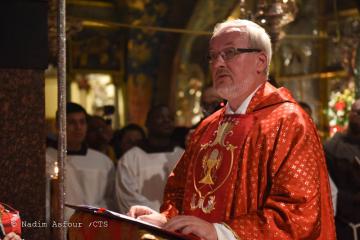 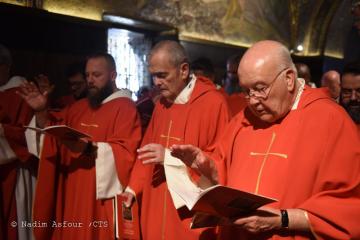 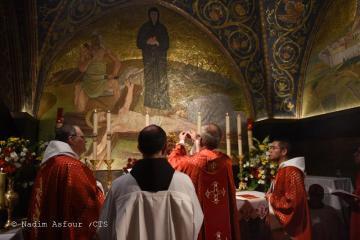 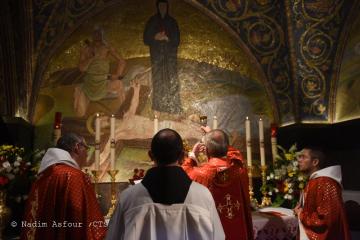 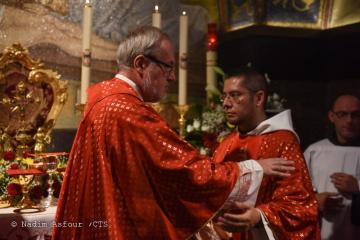 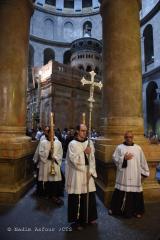 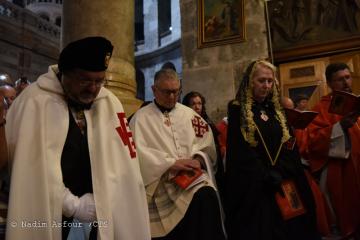 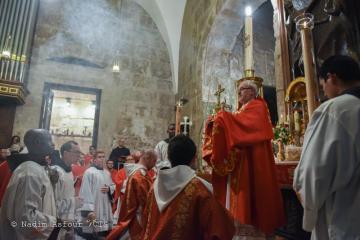 In the Places of the Passion of Jesus: the peregrination to Dominus Flevit