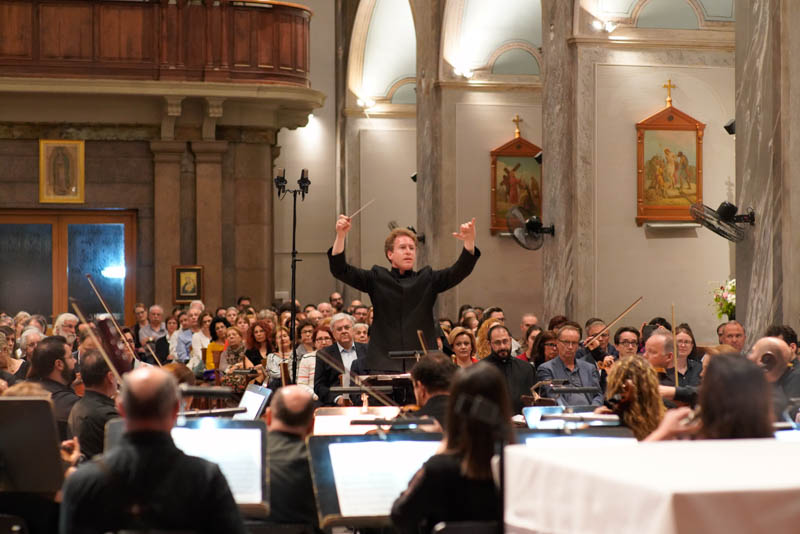 From 15 to 20 April 2018 the first Cyprus Church Organ Festival took place in the Latin churches of Larnaca, Nicosia and Limassol.
The Cyprus Church Organ Festival introduces in Cyprus the repertoire for organ and orchestra. The organ as a virtuoso instrument is not that very well-known among Cypriot audiences, given that the specific instrument, with its roots in western European ecclesiastical music, is largely absent from the eastern Orthodox Church’s liturgies of the country. Only for two years the Terra Sancta Organ Festival (the international organ festival of the Middle East and the Levant organized by the Custody of the Holy Land) had organized some concerts in the Latin church of Larnaca on the only existing pipe-organ of the island.

In the Middle East organ music is a sign of the presence of Christian communities, organs being present almost exclusively inside churches. In the Levant, and particularly in Cyprus and Rhodes, the Terra Sancta Organ Festival is perceived as an high music expression of the Latin Church.
The festival has been organized with the patronage of the Representative of the Latin Community at the House of Representatives and the support of the Embassy of Italy in Nicosia. The Embassy of Italy in Nicosia continues its collaboration with the Custody of the Holy Land for organ concerts in Cyprus, which began in 2015 with the repair of the pipe-organ of St. Mary of Graces in Larnaca by the Italian organ builder Saverio Anselmi Tamburini, technical sponsor of the Cyprus Church Organ Festival.