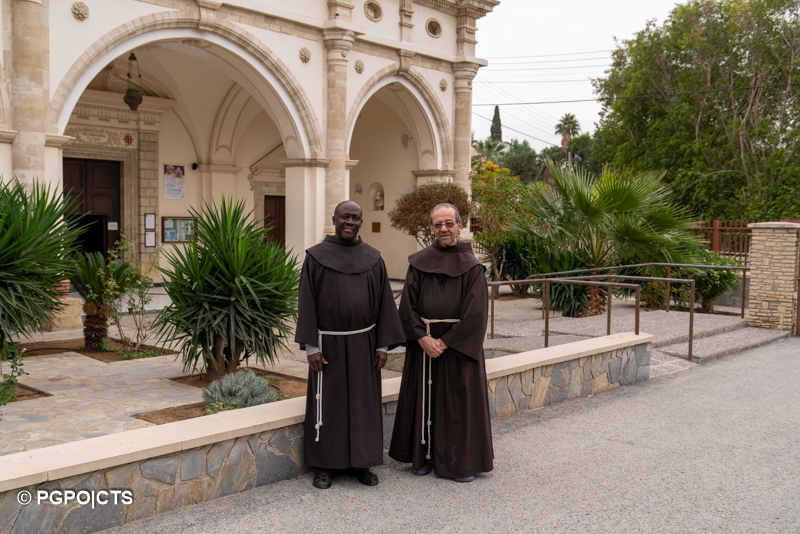 Larnaca, the third most populated city in Cyprus situated on the south-east coast of the island, is also the seat of one of the four Latin parishes: it is called St Mary of the Graces and is run by the Franciscan friars of the Custody of the Holy Land. The commitment and the dedication of the Franciscans for the local community, made up above all of immigrants, have their roots in history. The Franciscan presence in Larnaca dates back to the first decades of the fourteenth century, when a convent stood in the ancient port of Citium (Larnaca).

After the Ottoman conquest of Cyprus (1571) – which led to the massacre or the enslavement of all Christians  - the Franciscans were the only Western religious who obtained permission to return to Cyprus. The church in Larnaca was one of the first churches to be rebuilt on Cyprus. after the arrival of the friars in 1593 but the building of the present-day parish is from the early 19th century.

Today the parish priest of Larnaca is Fr. Gabriel Vormawah, of Ghanaian origin, who has been in Cyprus for about thirteen years, and he carries out his service with the help of the deputy parish priest Fr. Raymond Camillieri, originally from Malta. “When I arrived here as parish priest, the faithful were like sheep without a shepherd. They attended mass, but were not involved in any service in the parish or in any activity.” His pastoral commitment therefore developed to take care of this flock and ensure that several groups and movements could be started which today bring the parish to life.

“Here in Larnaca we have a large church, but few parishioners. We depend on the donations from the people and at times it is not easy to continue, also because our church needs restoration,” explains Fr. Gabriel “Nevertheless, I always say that Larnaca is a little paradise for me. When I go into the church, I feel the marvel and the joy of praying here, because I love our people.”

Every Sunday, the two priests of the church of St Mary of the Graces celebrate six masses, so that they can be close to all the faithful who speak different languages are come from different countries: Greeks, Filippinos, British, Sri Lankan and Irish. The chapel of the sisters of the Immaculate Sacred Heart of Mary, next to the parish, is also the place of prayer of another Catholic group in Larnaca: the Maronites. The same sisters run, with tireless service, a home for the elderly who are non-self-sufficient.

In addition to the service in the parish of Larnaca, Fr. Gabriele and Fr. Raymond also go every week to the towns of Ayia Napa and Paralimni, to guarantee spiritual support for the small – but fervent – communities of Latin faithful who live there.

“In Paralimni in the past we used to celebrate mass in a garage, until one day we decided to meet the Greek Orthodox bishop, to ask him for a space for our celebrations.” The story of  Paralimni is one of brotherhood and help which the parish priest of Larnaca recalls with joy: “The Orthodox bishop was a friend of my predecessor and was also well disposed towards the Catholics because when he was in Italy for his studies, he had been hosted by Catholics, This way he allowed us to celebrate in the church  of the Archangel Gabriel, even if not on the same altar as them.”

In Ayia Napa as well, the mass for the Latins used to be celebrated in the past in a hotel, but then an agreement was reached to receive hospitality in a small chapel. “The faithful – even if it rains, is cold or in the torrid summer heat . never complain about the church, they are happy, they sing and play the guitar  and then go home with joy and serenity.” Since the pandemic has limited the activities in presence and the government restrictions started to prevent infection, the parish priest  has excogitated a way of being close to the faithful: reciting a  short prayer, giving the blessing and distributing communion to those present.

The recent visit by Pope Francis to Cyprus has already borne fruit in the local community, the fruit of fraternity and communion. Many Orthodox and Protestants wanted to be united at the time of prayer with the Pope, especially at the mass at the stadium in Nicosia. “We filled several buses which left Larnaca and, on the return journey, everyone was filled with joy. I was very impressed by the words of the Pope, when he said that there is no need for proselytism. God created us in his image, but we have different characters, a different language and of different colours. But we all belong to the same family of Mary and Jospeh.” 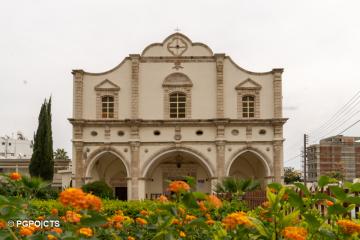 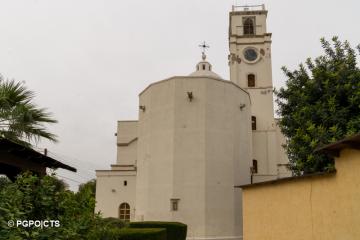 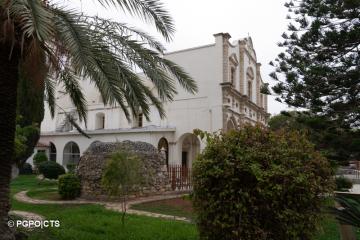 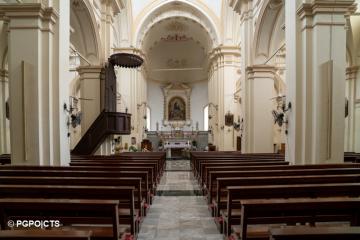 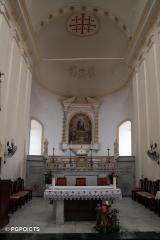 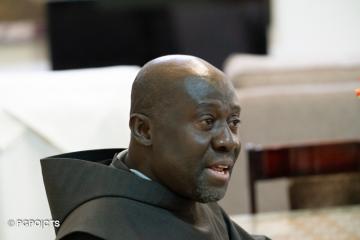 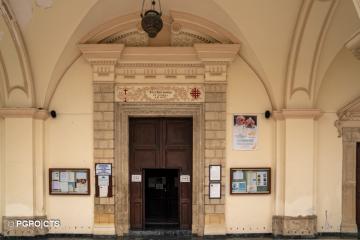 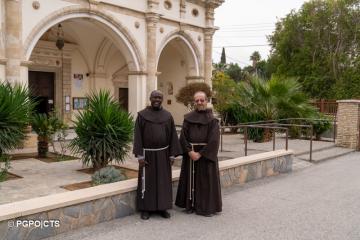