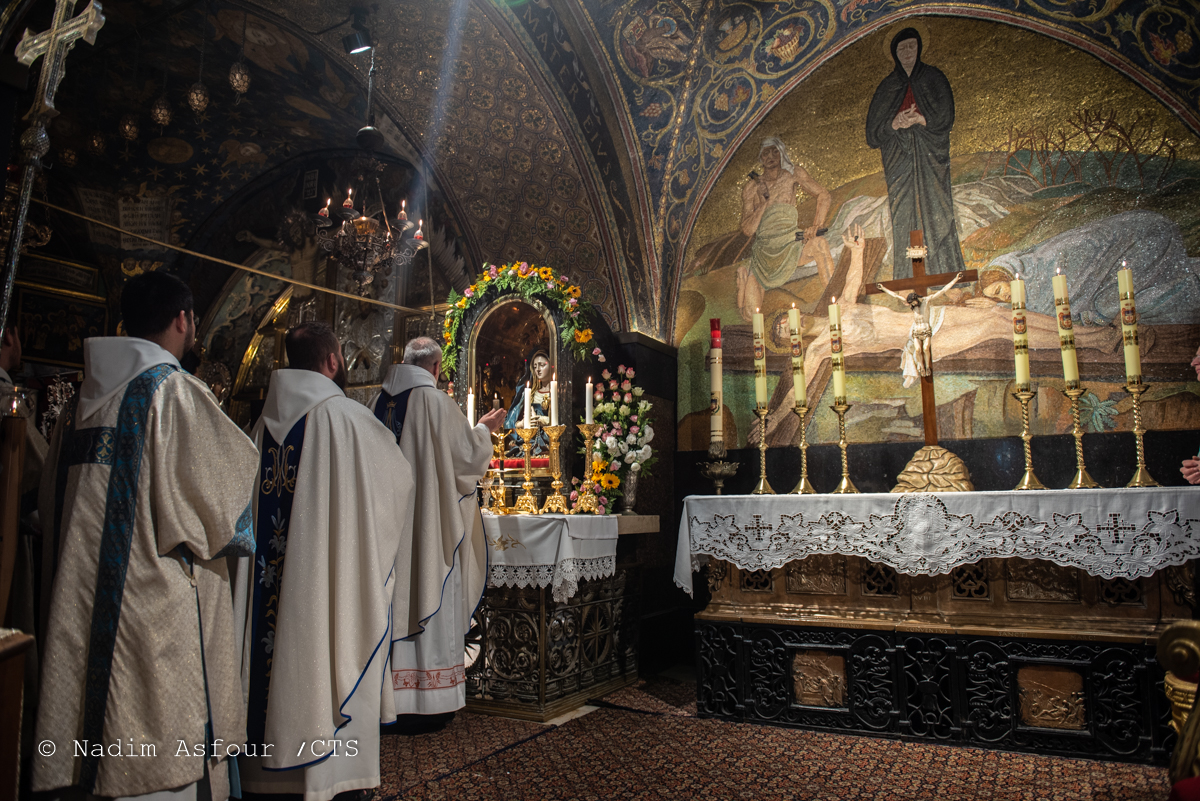 As tradition has it for the Holy Land, the celebration of the solemnity of the Blessed Virgin Mary, Our Lady of Sorrows on Calvary introduces the Holy Week in the Basilica of the Holy Sepulchre.

Thanks to the Status Quo, the tradition of the Custody of the Holy Land continues to place this solemnity on the Friday before Palm Sunday. Fixed on this day by Benedict XIII in 1727 and then moved to 15th September during the Second Vatican Council, the pre-Council solemnity lives on at the Holy Sepulchre and is remembered as the solemnity of the SeptemDolorumBeataeMariaeVirginis(Seven Sorrows of the Blessed Virgin Mary) celebrated at the altar dedicated to her, in the part that separates the property of the Greek Orthodox from that of the Latins. The Seven Sorrows of Mary mentioned by the Gospels run through the story of the Virgin Mary recalling the prophecy of the elderly Simeon, the flight to Egypt, losing and finding the twelve-year-old Jesus in the temple  of Jerusalem, the meeting of the Mother with her son on the Way of the Cross towards Golgotha, being at the foot of the cross taking part in the suffering of her dying Son, taking her dead son into her arms when he was laid down from the cross and entrusting Jesus’ body to the tomb.

According to tradition, the celebrant was the Custodial Vicar, Fr DobromirJazstal. The singing of Stabat Mater, attributed to Jacopone da Todi, preceded the reading of the Gospel and allowed those present and the concelebrants to enter the heart-breaking depth of today’s Mystery. During the homily, Fr. Dobromiremphasized that "Mary’s sorrow, which truly makes her Our Lady of the Sorrows, has the same connotation as the sorrow of Christ," i.e. it is also an “instrument of redemption” because profoundly united with that of her Son who dies on the Cross. Mary was able and wanted to take part in the salvific mystery "uniting herself with a maternal heart with his sacrifice, lovingly consenting to the immolation of this victim She herself had brought forth," as recalled by Lumen Gentium 58. Mary, at that moment, once again becomes a Mother: no longer of the Son of God but of the nascent Church, she becomes the Mother of men saved by Christ’s Passion and death.

As we have been saved and are believers, each of us has a mission to complete; to receive the Word of God and to ensure that the received Word is carried out in our lives, as it was carried out in Mary. "We continuously need to look at the Cross to draw on that strength which it conveys to us,” said Fr. Dobromir in conclusion. "And looking at the cross we will see the Mother intercede for us and teaches us how to receive, how to obey and how to do the will of the Father until the very end." 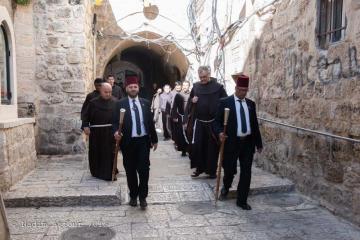 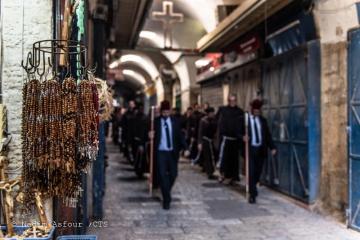 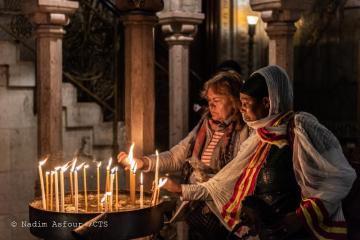 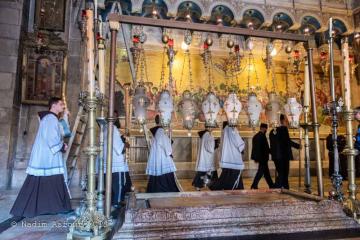 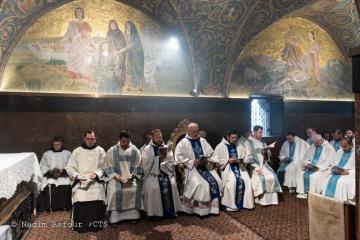 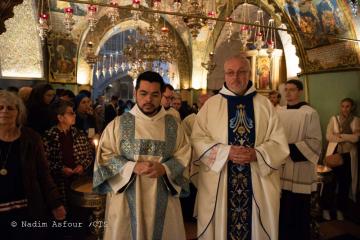 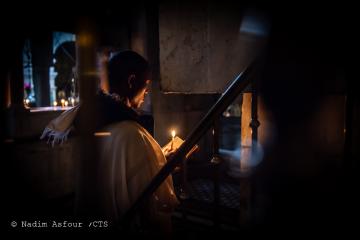 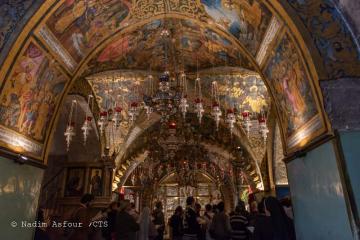 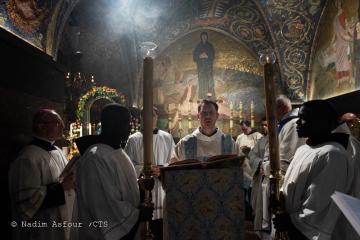 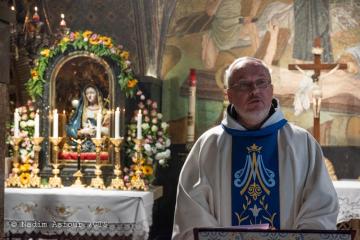 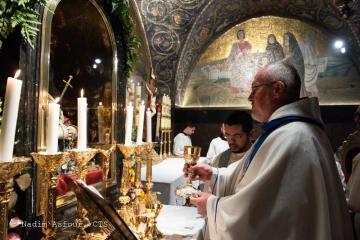 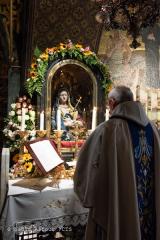 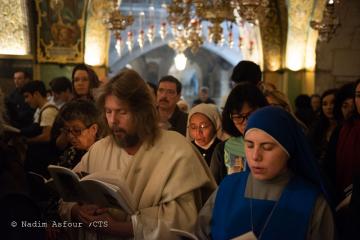 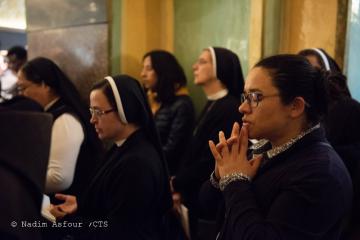 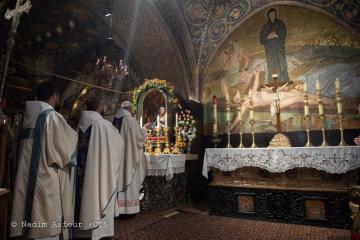 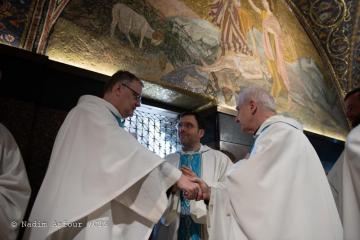 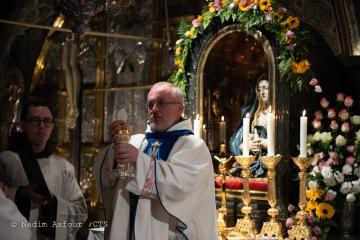 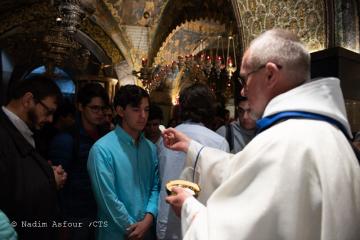 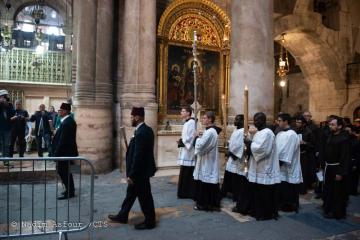 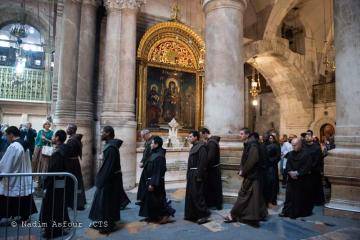 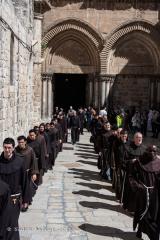 The church of Jerusalem united in the Chrism Mass