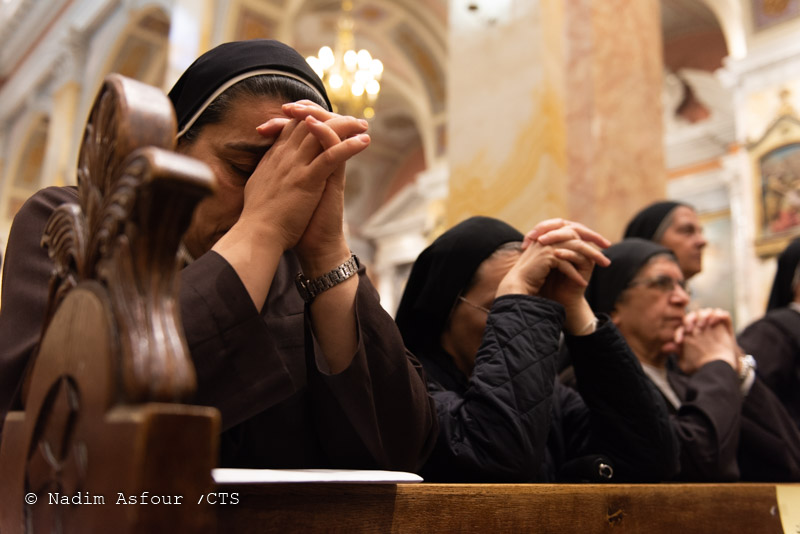 One hundred years after the canonical erection of the Province of the Holy Land, the Franciscan Sisters of the Immaculate Heart of Mary (IHM) celebrated at the St Saviour Church in Jerusalem with a Eucharist presided by the Custos of the Holy Land, Fr. Francesco Patton.

In his introduction, Fr. Patton recalled that this celebration coincided with Divine Mercy Sunday, which appeared in its maximum expression in a place very dear to the founder of the Order, the Blessed Maria Caterina Troiani: Calvary. During his homily, the Custos wanted to recall the words of Pope Francis "we have to look to the past with gratitude, live the present with passion and embrace the future with hope; testifying and embracing that the Lord’s love is forever,” he said.

The collaboration between the Franciscan sisters and the Friars Minor dates back to 1859, when Mother Caterina and other nuns traveled to Egypt, to the district of Musky to then move to other parts and continue their work of Charity, trusting in Providence and devoting themselves to – as they used to call them -  “the little dark girls”, abandoned children and young women often sold as slaves. After her pilgrimage to Jerusalem, Mother Caterina fell in love with the Holy Land, feeling that “the place of a Franciscan is close to the Calvary” as she herself said: a place where to look back in gratitude at the past and one’s history, and a place where God can be praised. The Sisters of the IHM have been in the Holy Land for 134 years, but a Province was not created until their presence became large and it now includes the whole of the Middle East. Their service started in Jerusalem when they looked after the facility very close to the Holy Sepulchre called "Maria Bambina": an orphanage for young girls.

The sincere thanks of Sister Elena, the current Superior of the Province, joins the continuous collaboration with the Franciscans of the Custody in different places in the Holy Land. At the end of the Mass, she said, “Thank you from the bottom of my heart. Our thanks are translated into constant prayer for all of you; you have allowed us to experience moments of Paradise, in which we have experienced Franciscan joy and we have felt welcomed.” 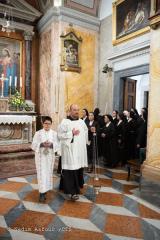 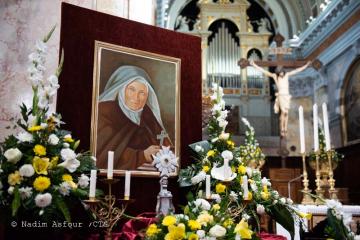 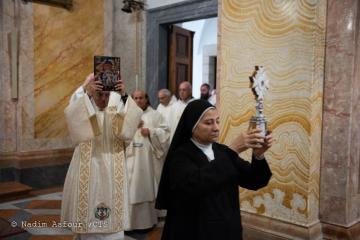 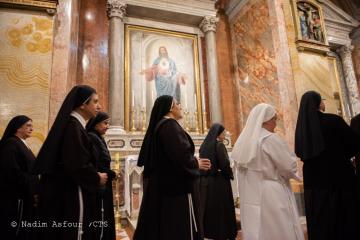 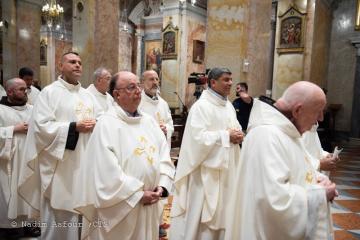 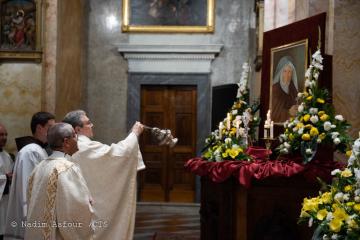 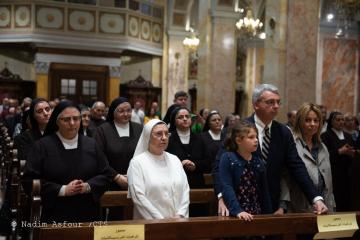 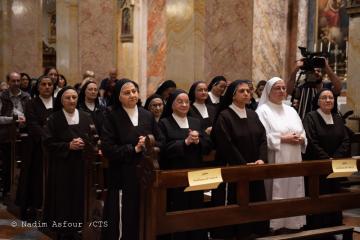 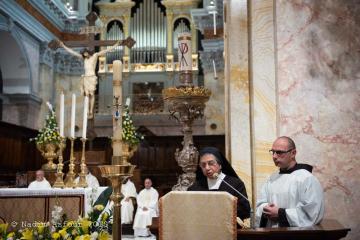 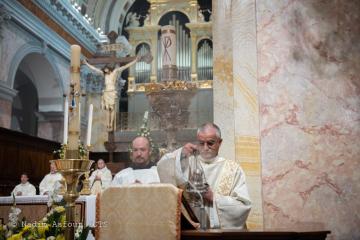 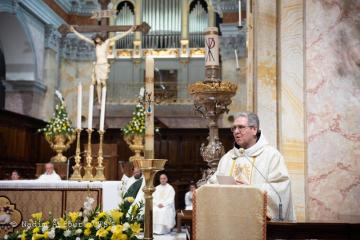 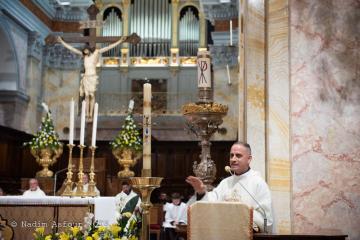 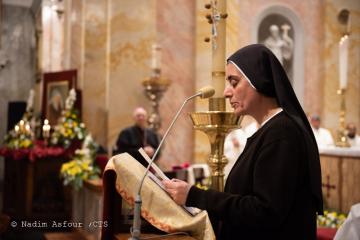 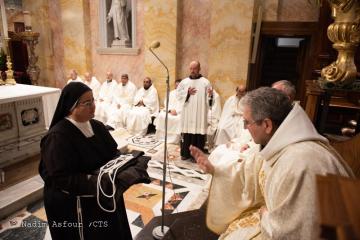 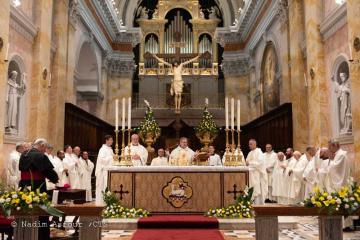 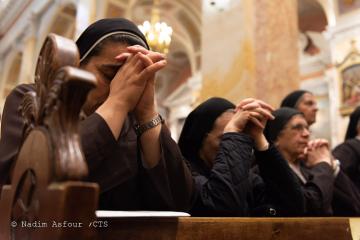 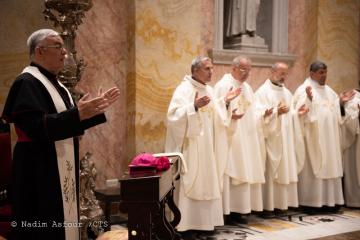 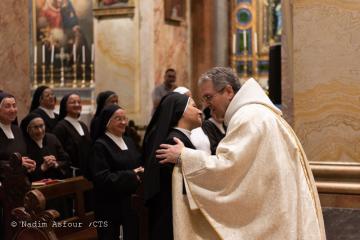 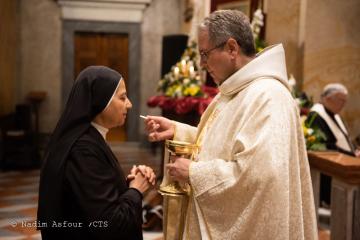 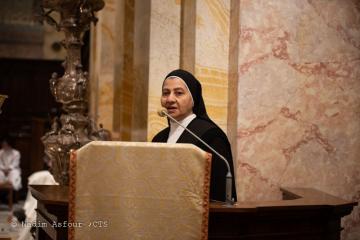 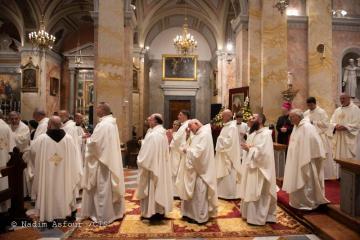 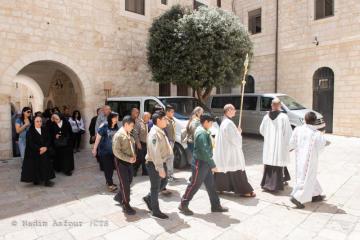 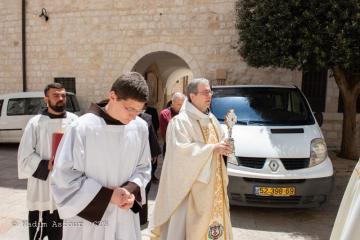 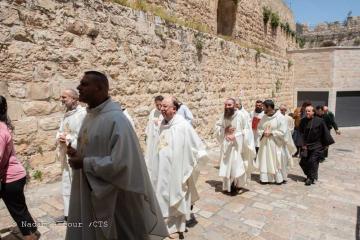 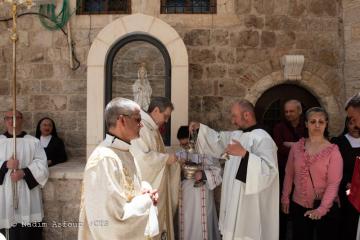 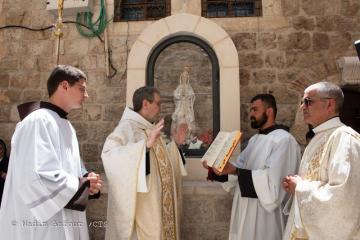 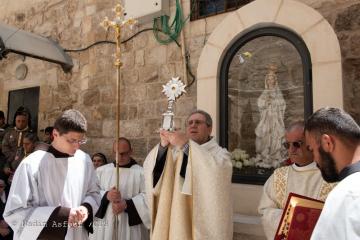