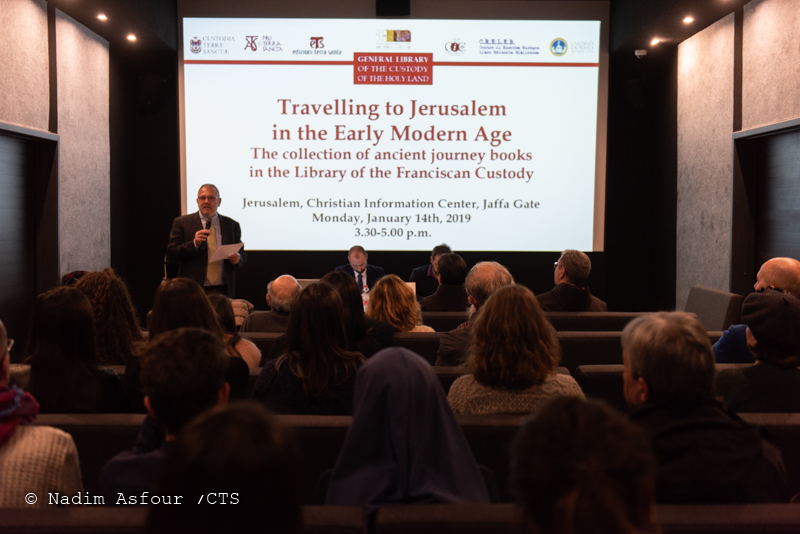 The book “Itineraadloca sancta. Travel books in the Franciscan Libraries of Jerusalem, Catalogue of the editions of the 15th-18th centuries,” by Alessandro Tedesco, published in 2017 by Edizioni Terra Santa, was presented in Jerusalem on 14th January.

The event, hosted by the Christian Information Center, is part of the international project of “Books, bridges of peace” created in 2011 by the Centro di RicercaEuropeo Libri Editoria e Biblioteche [European Research Centre on Books, Publishing and Libraries] (CRELEB) of the Università Cattolica of Milan, together with the Custody of the Holy Land and ATS (Associazione pro Terra Sancta), which, over the past few years, has catalogued and set value onthe books kept in the Franciscan libraries in Jerusalem.

The catalogue describes the ancient section (15th-18th centuries) of the special collection of Itinera ad Loca Sancta (ITS), kept in the General Library of the Custody of the Holy Land and in the Library of the Studium Biblicum. As emphasized by Maria Gioia Tavoni, an Italian bibliographer and historian of books, through the description of the works, the reader is accompanied “on a journey the historical and documentary elements, the thought and imagination of which are inseparably woven together, establishing a solid correlation between the collection of books published here and the presence of the Franciscans, who celebrate with a fortunate coincidence, in 2017, the year the book by Tedesco was printed and published, the eight hundredth anniversary of their arrival in the Holy Land.”(“Biblioteche oggi”, July-August 2018, pp. 56-58).

Professor Edoardo Barbieri, lecturer at the Università Cattolicaof Milan and promoter of the project “Books, bridges of peace”, opened the presentation by introducing the two speakers: Sundar Henny, from the Centre of Mediterranean Studies of Haifa, and the author Alessandro Tedesco. “The situation of the collection of the Itinera (as is usual in a historical library) was stratified and complex," Tedesco commented, speaking about his work of cataloguing, "both in relation to the effective number of books it contained and in relation to the catalographic instruments describing it.”Today, after the work of redefinition and cataloguing, it can be said that the collection has a defined form and consistency and can be used by scholars thanks to two new updated instruments.

The second part was focused on the pilgrimage. “The people who made the same pilgrimage actually had very different experiences,” concluded Sundar Henny, "this is also shown by the extremely heterogeneous nature of their writings."For an in-depth study of this diversity, the book by Alessandro Tedesco, which comes no less than 150 years after the publication of the Bibliographia Geographica Palestinæ by Titus Tobler, appears essential. 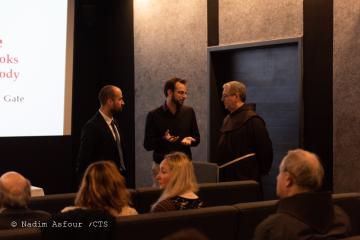 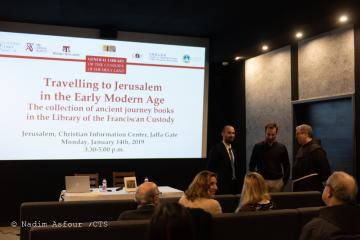 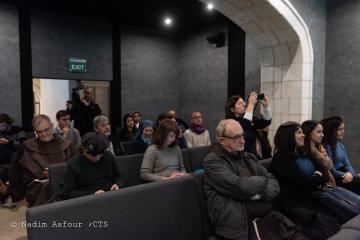 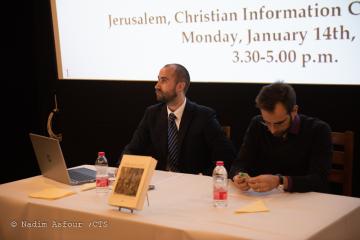 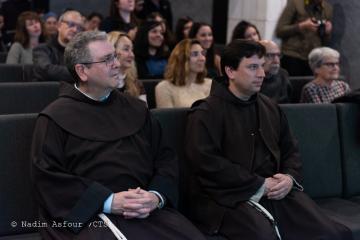 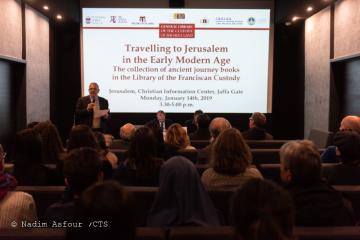 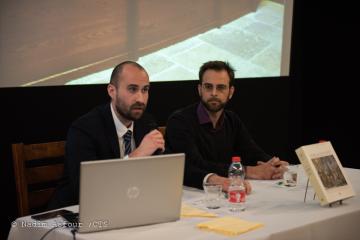 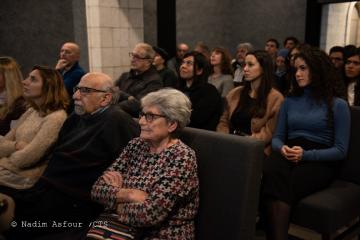 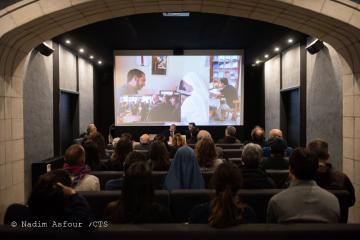 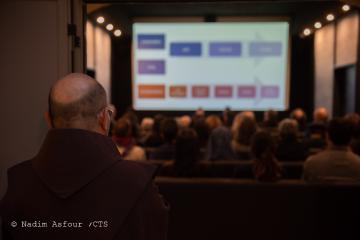 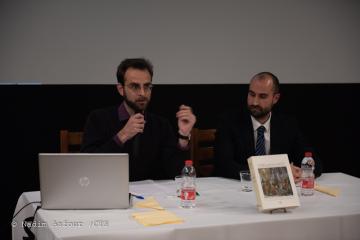