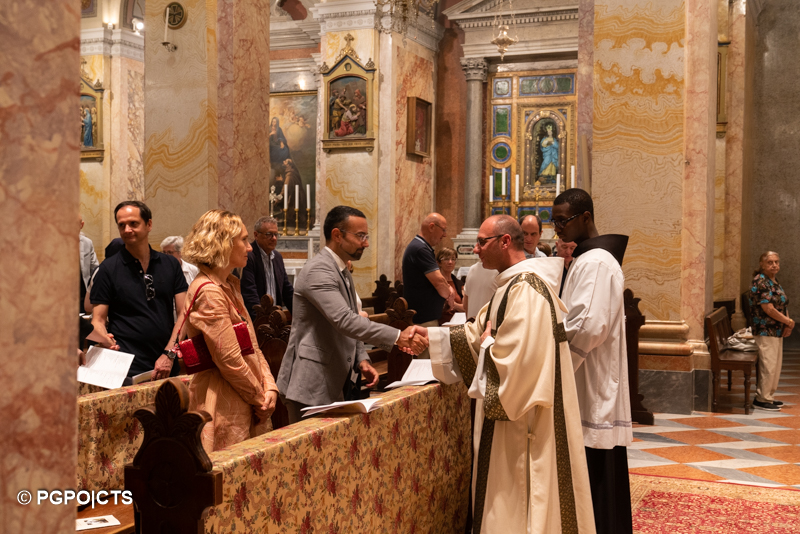 “In celebrating the Eucharist for Italy today, we have to ask what this religious celebration means in the context of a civil event.”

With these words, the Custos of the Holy Land, Father Francesco Patton, opened his homily during the Holy Mass celebrated on Saturday 4 June in St Saviour’s Church in Jerusalem, for the Day of the Italian Republic, which falls on 2 June each year. As per tradition for its national day, the Custody of the Holy Land pays tribute with a Holy Mass to the State of Italy, with which it shares a lasting and deep bond of friendship. It is a tribute that the Custody also pays to three other countries of the Catholic tradition, France, Spain and Belgium, for their commitment shown in the past and in the present to fostering and protecting the Christian communities in the Holy Land.

The Consul General, Giuseppe Fedele and his wife; the Deputy Consult, Alice Amoriello and members of the civil and military diplomatic personnel of the Consulate General of Italy in Jerusalem were present.

The bond between the Custody of the Holy Land and Italy dates back to long before the birth of the Republic in 1946, and is even earlier than that of the State of Italy, which was not formed until 1861. Various kingdoms of the peninsula, before the union into a single State, gave an example of particular attention to the Custody. In particular the Kingdom of Naples played a key role for the Franciscans of the Holy Land: in 1333, the sovereigns of Naples purchased the site on Mount Zion which tradition recognizes as the Cenacle (the first base of the Custody) and paid the entrance tributes to the Holy Sepulchre so that the Franciscans could celebrate the sacred liturgies there. The rulers of Naples, Robert of Anjou and Sancha of Majorca, considered themselves the sovereigns of Jerusalem, by virtue of their lineage going back to Frederick II, married to Yolande de Brienne, heiress to the Kingdom of Jerusalem.

“From the times of the Apostolic Church,” said the Father Custos, explaining the meaning of this religious celebration in the context of a civil event, “St Paul recommends all Christians make requests and entreaties, say prayers and give thanks for all men, for kings and all those who are in power, so that we can lead a calm and quiet life that is dignified and dedicated to God,” quoting the first letter to Timothy. It is a prayer which, as in more recent times, said Pope Francis, “is to be said above all “not to leave alone” those who are less “aware” that their power is not absolute but is given by the people and by God.”

“A prayer for the good of one’s country, as for the rulers ad for those who are in power is always a prayer in view of the common good and peace, so that all can live with dignity and be able to express their freedom of conscience through the free exercise of their faith.”

Trying to understand how to do the service well to which every citizen is summoned, the Custos appealed to the Word that had been listened to shortly before, obtaining a lesson of great civil value from the reading from the Acts of the Apostles, which recalls the Roman imprisonment of the apostle Paul (Acts 28, 16-20.30-31). He was arrested in Jerusalem in 58 AD to then be transferred to Caesarea, where he stayed in prison for two years. From there – as a Roman citizen he had appealed to Caesar – he was transferred to Rome, where he served another two years of imprisonment, this time under home arrest, under military custody and at his own expense.

“It is particularly interesting to note that the apostle Paul essentially trusts the Roman institutions. He does not elude arrest or prison and confidently awaits his judgement and obtaining justice from a human court of law. Each one of us should have the citizen Paul’s trust and confidence in the institutions.

However, this trust should also be guaranteed and deserved by the institutions the citizen turns to.

The Holy Mass closed on the notes of the Italian national anthem, performed on the church’s organ. A reception in the rooms of St Saviour’s convent followed, where the faithful gathered around refreshments cordially offered by the Custody. 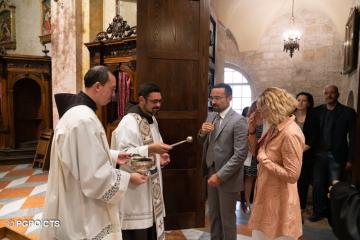 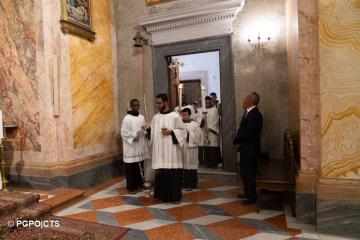 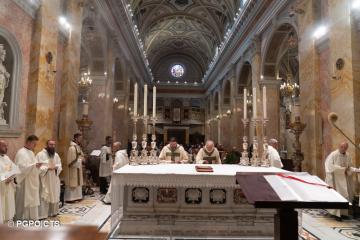 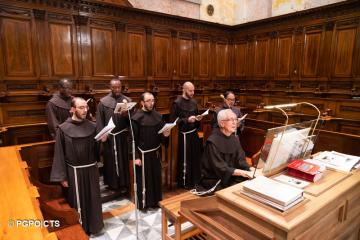 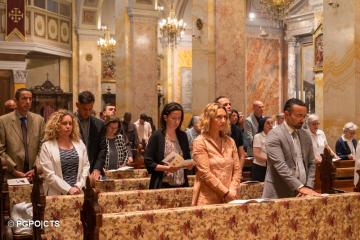 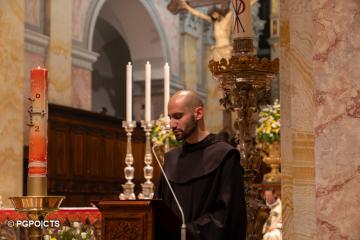 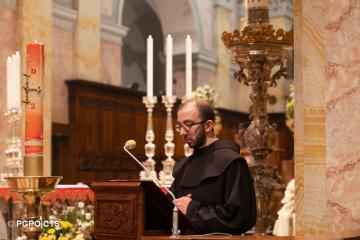 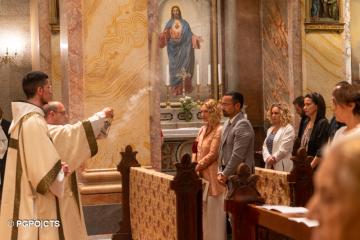 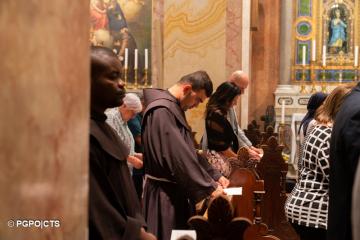 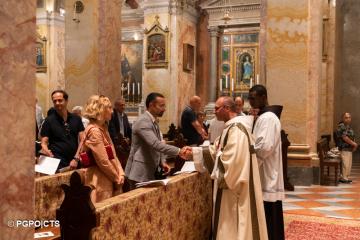 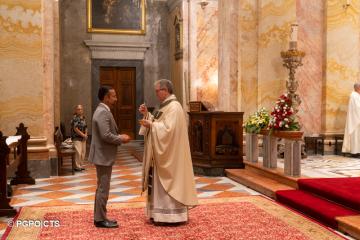