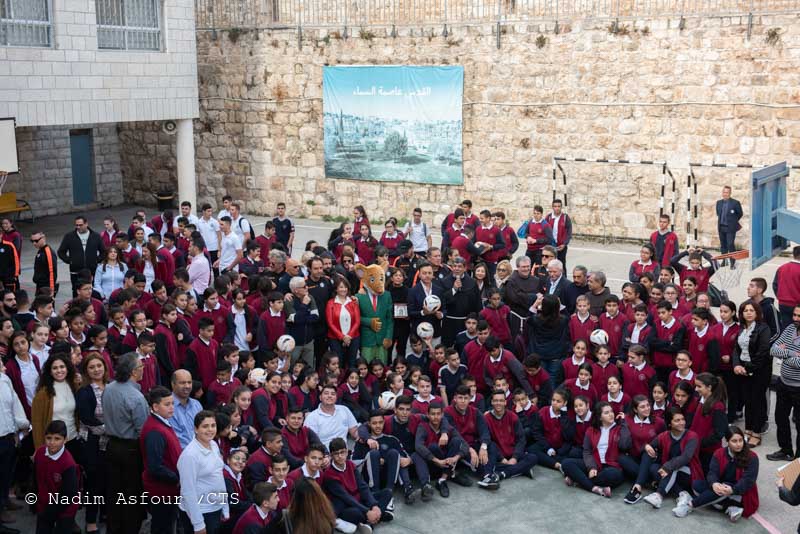 On 29th October, the children of the Terra Santa school in Jerusalem received a special visit: from the national Italian football team of singers. This is a football team made up of some of the most prestigious names in Italian music, who have decided to use their image as artists and athletes to support charitable projects.
They were welcomed to Jerusalem by Fr. Ibrahim Faltas, head of the school of the Custody, together with the teachers and pupils gathered in the courtyard. After enthusiastically reciting texts and poems about Jerusalem, the pupils were answered with words of affection from the President of the team of Singers, Paolo Belli and the sponsors of the trip, the entrepreneur Giovanni Acanfora for Givova and the writer Elisabetta Dami for the Fondazione Geronimo Stilton. The Custos of the Holy Land, Fr. Francesco Patton, was also present at the ceremony and, as a mark of gratitude, he gave them an icon in Bethlehem's mother-of-pearl depicting the meeting between St Francis and the Sultan.

The national team of Singers wanted to make a concrete contribution to the project “Children without frontiers”, desired by Fr. Ibrahim, which makes sport an instrument for building peace. Thanks to this initiative, the aim is to teach mutual respect and openness to the other,  through sports competitions.
“Today we have visited the school of the Holy Land, which brings together Muslim and Christian children and teaches children to live together, to be integrated and not to hate each other,” commented Briga (the stage name of the Italian singer Mattia Bellegrandi). “I was very impressed by the serenity and the smiles of the children and also when the mobile phones were handed over before going into school. The youngsters prepared songs and poems for us and they were brilliant, performing in three languages: Italian, English and Arabic.”

In the sports field of the school, the Singers’ team played a friendly game against the young pupils. As a sign of the bond with the Holy Land, drawings from a school in Pompeii (an Italian town in the province of Naples) were then presented. This was the idea of little Vittoria, the daughter of the sponsor Giovanni Acanfora,  who, learning that she was to travel to the Holy Land with her parents, wanted to send the love of all the children in her school, through their drawings.

The charitable trip of the association of the Singers’ Football team also has visits to other cities scheduled. On 28th October the singers visited the Peres Centre for Peace in Jaffa and made a donation to the project “Saving Children”, which allows ill Palestinian children to be treated in Israeli hospitals.
On 30th October, there will be the climax of the trip: a football game in the Al-Qhader stadium in Bethlehem between the Singers’ Team and a team made up of Palestinian artists.
On their last day in the Holy Land, the Singers’ national team will visit another facility of the Franciscans of the Custody, the Hellen Keller School for the visually impaired of Beit Hanina. 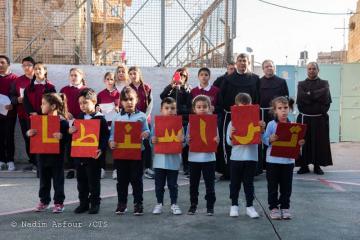 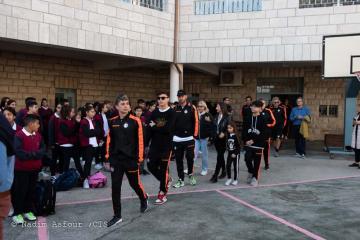 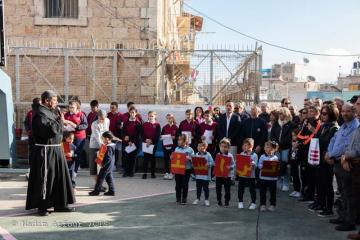 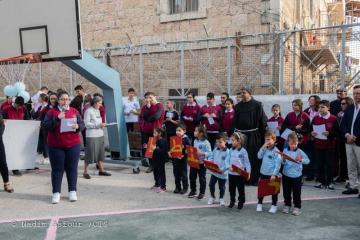 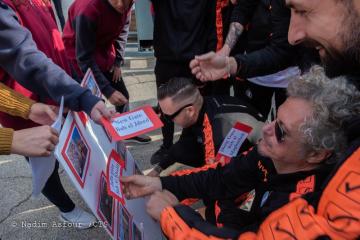 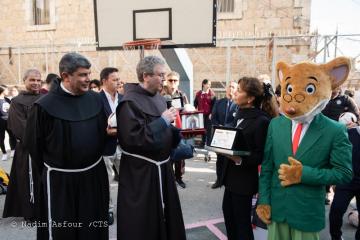 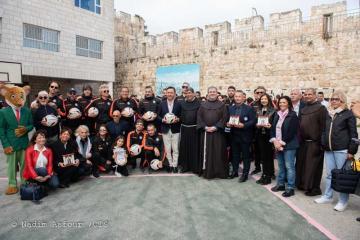 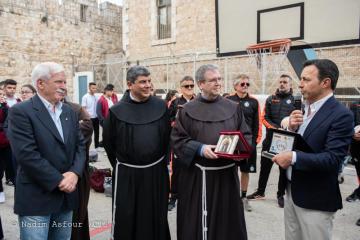 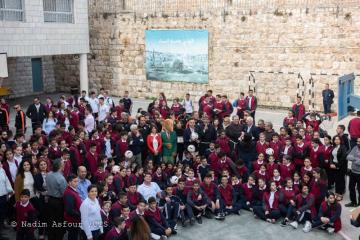 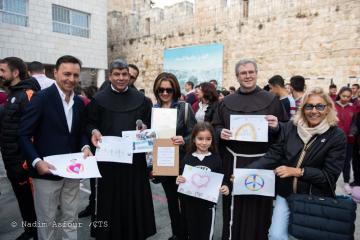 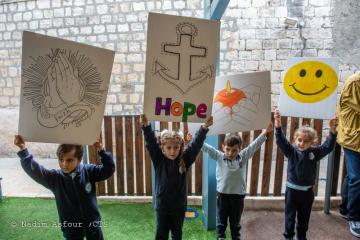 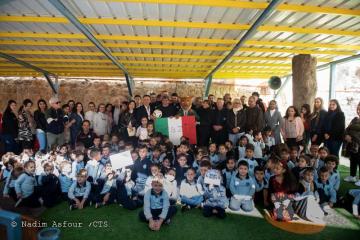 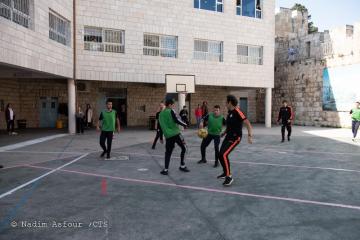 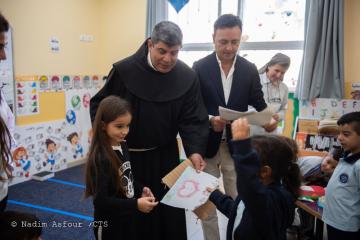