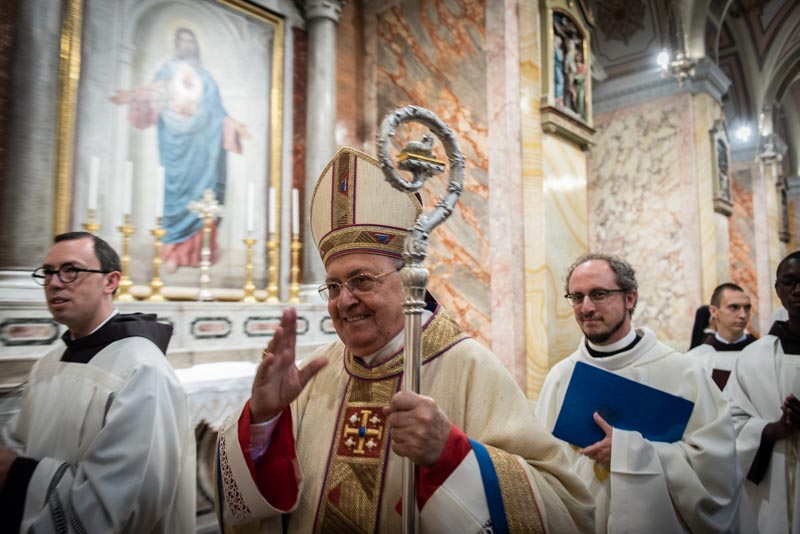 At the end of his trip to Jerusalem and the surrounding area, Cardinal Sandri, Prefect of the Congregation for the Oriental Churches, briefly gave us his reflections on this Land, starting from the celebration of the 800 years of the Franciscan presence in the Holy Land.

The visit was rich in meetings. In addition to the lecture and the celebration with the Franciscans of the Custody of the Holy Land, the Cardinal met the local Catholic faithful in the Christian quarter of Jerusalem, including the children and youngsters of the schools, and the charitable activities such as the Pontifical Mission and Caritas, as well as the meeting with the faithful of the two Oriental Catholic churches who live in the same neighbourhood: the Greek-Melkite Catholic church and the Maronite church. The Cardinal visited the site of the Baptism at the River Jordan, close to Jericho. He also paid a significant visit and celebrated Holy Mass at the St Vincent Institute in Ein Karem which, with an organized medical team, accepts disabled children and adults of all religions.

The meetings with the two presidents, Mahmoud Abbas, and Reuven Rivlin were also of great importance.

Starting from the topic of the 800 years of the Franciscan presence in the Holy Land, which culminated with the meeting on the Esplanade of the Mosques: can we add this meeting to the direction pointed out by the Church and by Francis’s papacy in recent years?

Of course. We are both on the path indicated by the Church from the joint declaration by Pope Francis and the Grand Imam of Al-Azhar, made in Egypt, but also on the one indicated by the Document on Human Fraternity signed by the Pope and the Grand Imam of Al-Azhar in Abu Dhabi. Moreover, in this context, there was also the meeting between the Pope and Muslim leaders who had gone there to meet him and he was very impressed by this, he told me so personally.
We have to respect the autonomy that the different components of Islam have but without forgetting to highlight some values and the topics that the Pope offers us. For example, the respect for the Creation: one of the topics of the declaration of Abu Dhabi, which today is becoming increasingly urgent and agreed by all, and that therefore we also have to repeat for those who were not able to be there.

In your opinion, what does the meeting between St Francis and the Sultan symbolize today for the Church and for the reality of the Holy Land?

What happened to St Francis, who came here and had the chance to visit the Holy Places, for me is a prophetic prefiguration of what is taking place today, after so many centuries, in this search for sharing, dialogue, and respect for mutual knowledge between Islam and Christianity.

In this particular context, what is the value of mutual cultural respect and how important is culture for dialogue?

The cultural value in this scenario takes on a very important role, especially for a place with so many components, like Jerusalem. The Dome of the Rock and Al-Aqsa are crucial places for the Muslim faith and culture and as such must be respected; by doing so, we join the path already taken by Benedict XVIand continued by Pope Francis. Jerusalem -  in my way of seeing it – is a place to be respected in its entirety, because here there is still a level of enmity and hostility and peace has not been completely reached yet: it is a place still on its way.
It is important everywhere, of course, but believing strongly in this need for meeting in a place where, praise to God, everything is in a situation of peace takes on a different meaning with respect to doing it here, in this context of differences, which always brings new sparks of pain and emigration: I believe that here the values of the Document on Human Fraternity signed by Pope Francis have and have to have an even more concrete bearing for this region. Reading the declaration of Abu Dhabi here takes on a completely different light.

What has been your strongest experience during this visit to Jerusalem?

Everywhere I went I was received very well, in particular by the Franciscans of the Custody who keenly wanted me for the celebrations of the 800th anniversary of the Franciscan presence. What moved me most was the entrance to the Holy Sepulchre because this way I  was able to renew my personal prayer of continuous conversion but also to ask for help for the whole Church, from the Pope downwards, so that all of us can always remain and return to Christ. This, together with the chance of presiding the celebration of the Eucharist on the solemnity of St Francis in Jerusalem. 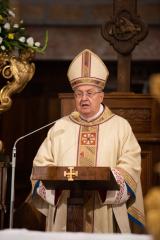 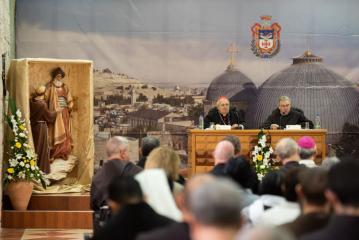 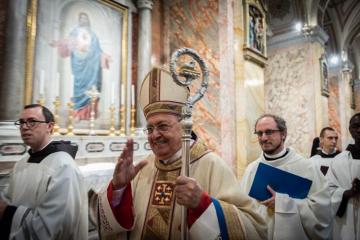 St Nicholas Tavelić: the link between Croatia and the Custody of the Holy Land