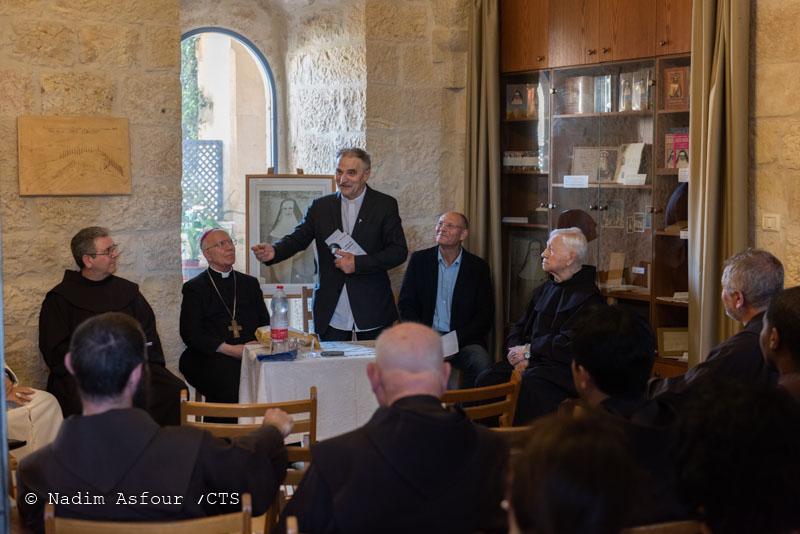 The book “Come un respiro”, a look at the spiritual path of Sister Mary of the Holy Trinity, born Louisa Jaques, was presented on Tuesday 25th June 2019 at the Monastery of the Poor Clares in Jerusalem.

The presentation was organized by Edizioni Terra Santa and Fondazione Terra Santa in collaboration with the Custody of the Holy Land and the Studium Biblicum Franciscanum. Before the various speakers, Sister Maria Chiara, the Mother Superior of the Monastery, introduced the afternoon, greeting the audience on behalf of the sisters. “We are the first to be surprised that this testimony is making an impression on so many people around the world,” she said, “and with today’s meeting we also want to express all our gratitude towards all those who have broken the bread of this story." The first speaker was the director of Edizioni Terra Santa ETS, Giuseppe Caffulli, who moderated the meeting. Caffulli told of his feeling of closeness to Sister Mary who for a time lived in his city, Milan, in the very area where the offices of the magazine are.

Other speakers then followed on. First of all, the translator, the Salesian Don Pier Giorgio Giannazza, who told the story of his encounter with the figure of Sister Mary from when he met Sister Marie de l'Enfant Jesus, a companion of Sister Mary of the Holy Trinity during their novitiate, who introduced her to him, until he got to know the first book by Mons. Sayegh. This book “which lets you enter spirituality very deeply, is overwhelming with all its interiority and lets you remain very attached to this figure,” he commented. He was followed by the Custos of the Holy Land, Fr. Francesco Patton, who spoke quoting one of the thoughts of the Poor Clare, who reminded us that there always has to be strong awareness for the Lord always to inspire the most beautiful and deepest thoughts.

Luisa Jaques was born on 26th April 1901 in South Africa, to a mother who died giving birth to her, and to a father who was a Protestant pastor and founder of a mission in Pretoria and Johannesburg. The young girl was brought up by an aunt in Switzerland, the family’s original homeland. After a number of disappointments in work and in relationships, with her body exhausted by a fragile state of health, she could no longer understand the meaning of life and this made her state firmly “There is no God.” From that night, the light entered and she sensed a presence visiting her, identified as a nun wearing a dark habit with a cord as a belt. That moment was to mark the start of a profound conversion, with her coming increasingly closer to the Catholic Church and the Eucharist. After an unusual journey, she arrived in Jerusalem in 1938, and entered the Monastery of the Poor Clares where she found her “interior voice” and started a real spiritual conversation with the presence of Jesus as her guide. It is from this journey that “Interior Words”, the first book on her spiritual life recorded by Sister Mary herself and now translated into five languages, came into being. 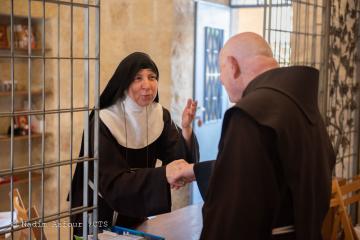 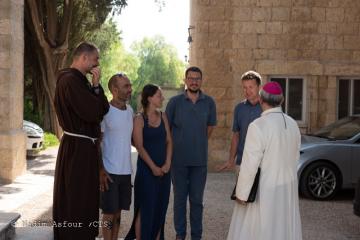 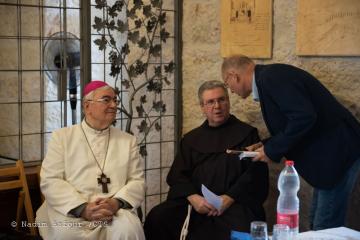 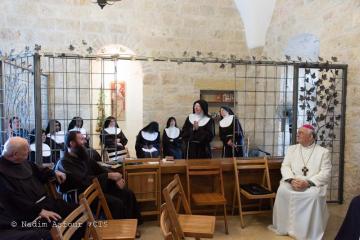 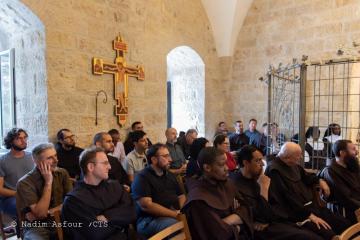 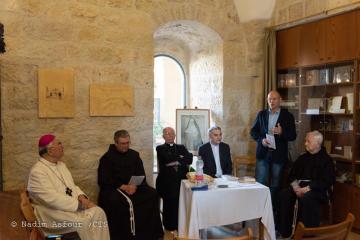 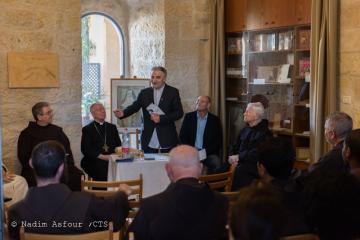 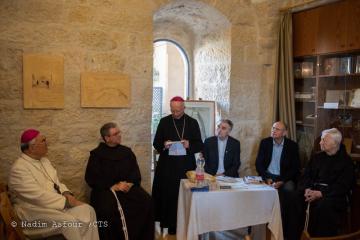 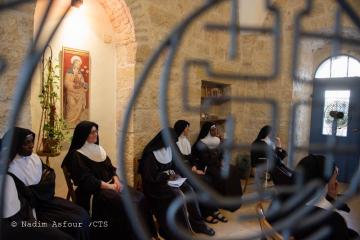 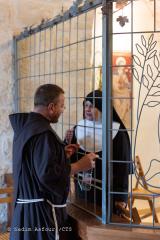 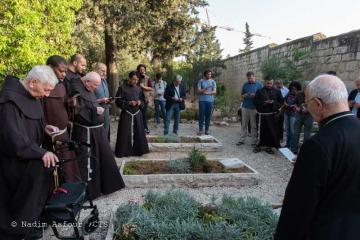 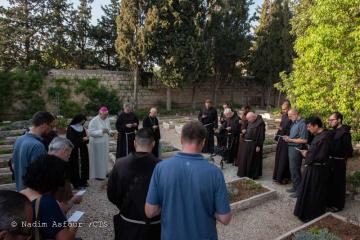 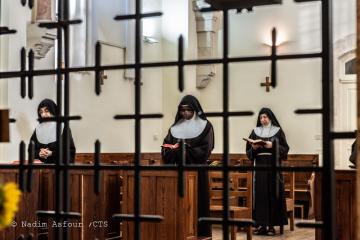 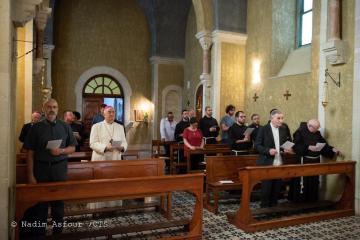 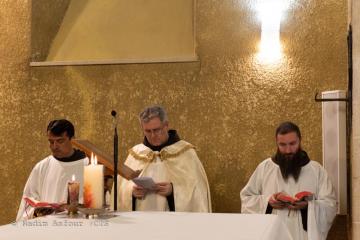 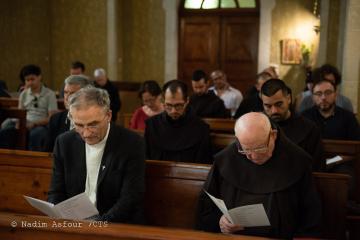