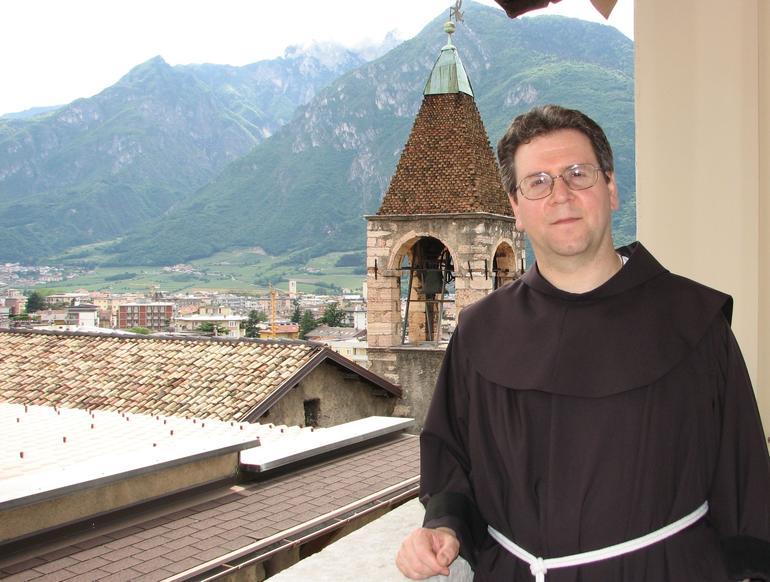 The General Definitory of the Friars Minor, with the consent of the Holy See, elected fr. Francesco PATTON as the new Custos (Curriculum Vitae). He will succeed Fr. Pierbattista PIZZABALLA, who held the position for twelve years.

The figure of the Custos is especially significant for the Church in the Holy Land and the Middle East.

• In the Holy Land

The Franciscans have been present in the Holy Land since the XIII century. It is the Custos who, on behalf of the Catholic Church cares for and guards most of the places of Jesus' Incarnation. He also takes care of the “living stones” of the Holy Land, in other words, the Catholic community who is present in this land, and the Custos is the point of contact for Greek-Orthodox, Armenian, Coptic, Syriac and Ethiopian churches, with whom relations are regulated by the Status Quo, a customary law that governs the relationship between the various churches.

• In the Middle East

The territory of the Custody is spread out over several countries: Israel, Palestine, Lebanon, Syria, Jordan, Cyprus and Rhodes, and in Cairo, at the monastery in Mouski, the Custos is the liaison between the patriarchs, bishops and apostolic nuncios of these countries.

The current situation in the Middle East requires that the Custos follow the social and political situation in these countries in order to decide what the Franciscan mission’s priorities are, wherever it is present.


He must constantly adapt this mission to the needs of local Christians, with the goal of communicating to them that the fact that hope that comes from Christ, like the material goods they need in order to sustain themselves.

Thus the Custody of the Holy Land has developed over the centuries a network of social, educational and cultural activities so as to maintain and revitalize the faith and life of local communities.

• At the service of the universal Church

But the Custody, being ever mindful of local realities, is also concerned with welcoming pilgrims and foreign tourists in all of the (50) shrines that it has under its jurisdiction. Facilitating their experience in the Holy Land, as the Land of the Fifth Gospel—in the words of Pope Paul VI—the Custody and its provincial leader give homage to the universal character of this land chosen by God.
This is why the Custos must be attentive to the needs and spiritual and material aspirations of the pilgrims, as well as the preservation of the holy places.

The General Definitory of the Order of Friars Minor elects the Custos, with the approval of the Holy See.
Previously, the friars of the Province of the Custody were consulted, accompanied by a canonical visiting priest.

• Election by the friars of the Custody

The election by the friars of the Custody is carried out by secret ballot in two rounds. Each friar may designate three potential candidates.
The result of the first round is public, while that of the second is kept a secret.
Only the first 12 names that receive the most votes in the first round, make up the list for the second ballot. The first three names that receive the most votes in the second round are sent to the General Definitory of the Order of Friars Minor in Rome.

The choice of the Definitory is presented by the Minister General to the Congregation for Eastern Churches, which evaluates and approves it.

Once the ratification has been made, and the candidate has accepted the assignment, the Minister General, along with the Definitory of the Order, informs the Visitor General, who then transmits the news to the Custody.

Three ceremonies mark the installation of the new Custos.

It begins at the Jaffa Gate on the way to Saint Savior’s Monastery, the headquarters of the Custody’s Curia.
The outgoing Custos, surrounded by the guardian of St. Saviour’s and canonical visitor, welcomes his successor.
After the visitor has read the nomination decree, the outgoing Custos solemnly gives him the seal of the Custody, on which is written “Conventus Sigillum Guardiani Sacri Montis Zion.”

The Custos makes his vows. Then, each friar pledges him obedience.

• Solemn entry into the Holy Sepulcher

From the monastery’s church, the friars then head to the Holy Sepulcher for a solemn entry. He is welcomed into the basilica’s threshold by the superiors of the three main communities of this holy place: the Greek Orthodox, the Franciscans and the Armenians.

Leaving from Jerusalem, the procession takes the ancient path of the patriarchs with the traditional stops at the Mar Elias Monastery, which marks the entrance into the conglomeration of the three Christian villages of Bethlehem, Beit Sahour and Beit Jala; it then stops at Rachel's Tomb, and finally, at the Church of the Nativity. After being welcomed by the Franciscan superior of the local community, it enters through what is called the door of humility that leads into the nave of the Justinian church where the Custos is welcomed this time by the superiors of the Greek Orthodox, Franciscan and Armenian communities.
Then, the friars head to Saint Catherine’s Church, at the parish run by the Franciscans.

The Statutes that governed the rules of the Custody of the Holy Land into the 1980s were approved in 1746 by Pope Benedict XIV with the Papal Brief In Supremo. On this basis, the Custos who had always been Italian by tradition, became Italian by right.
In rare cases, the Custos elected was of another nationality: Fr. Martino of Aragon (1375), Fr. Gérard d'Aquitaine (1392), and Fr. Mauro (1501, Spain) etc.
Based on these laws, the Custodial Vicar was French and the prosecutor was always Spanish. These statutes having been revoked, the Custos today can be of any nationality, and in order to guarantee a sense of internationality, the Custodial Vicar must be of a different linguistic origin.

Archbishop Pierbattista Pizzaballa appointed Patriarch of Jerusalem of the Latins

Message of solidarity for the friars and the people of Lebanon