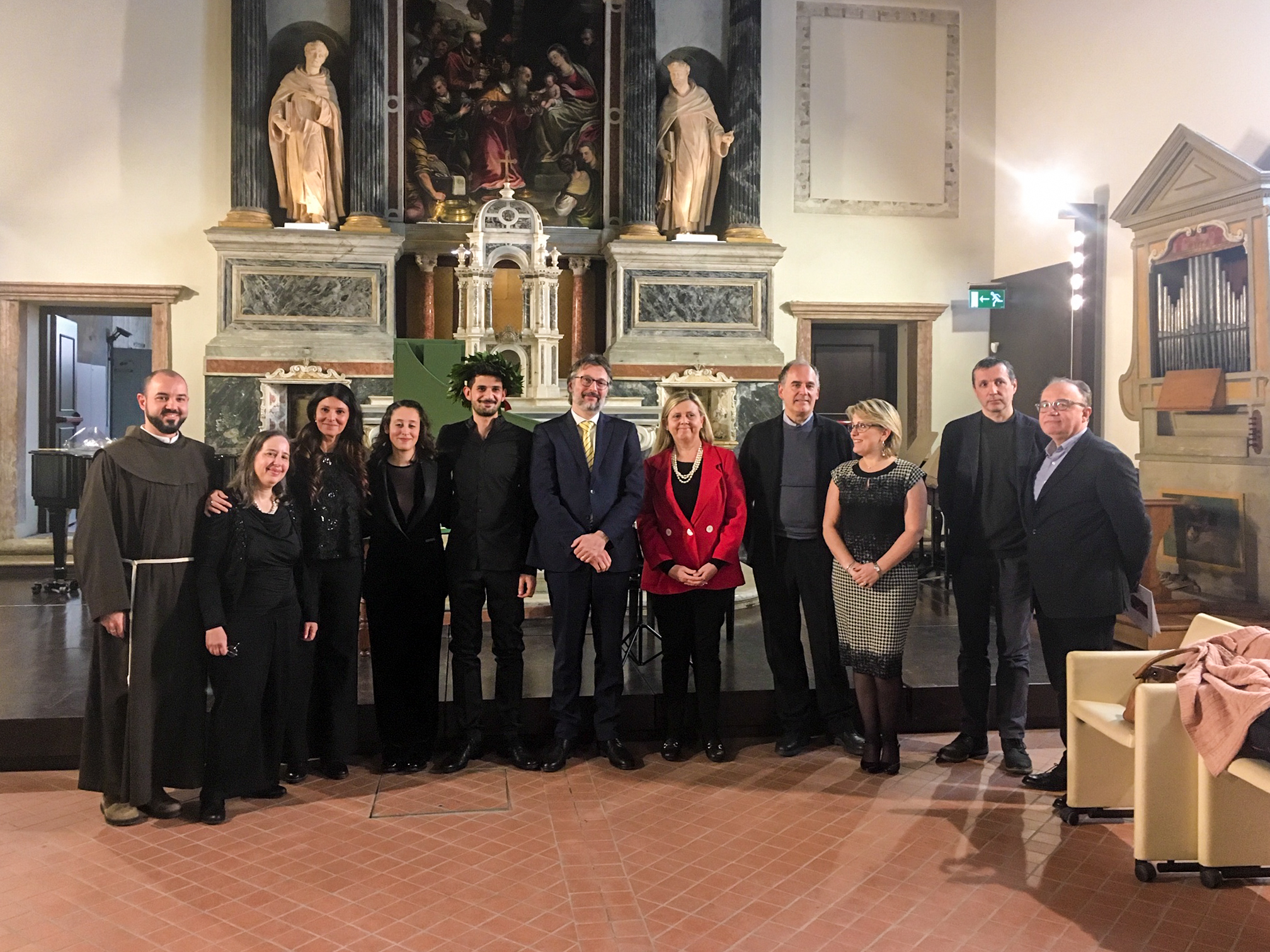 A native of the Old City of Jerusalem, JamilFriej, 27 years old, is the first student to have completed his studied at the Magnificat Institute. Having obtained a diploma in piano and solfege, Jamil was employed by the administration of the Magnificat Project and Marketing Coordinator and is in charge of relations with the PPAN (Palestinian Performing Art Network). After finishing the exams of harmony and composition, he began to teach children at the school the first courses of solfege, joining the teaching staff of the Magnificat Institute. On 19th March, after a final examination consisting of a concert of 50 minutes of his repertoire, accompanied by Lucia D'Anna (violoncello) andNettaLadar (harpsichord), he obtained the Baccalaureat.

The MagnificatInstitute of Jerusalem is a music school founded by Fr. Armando Pierucciin the heart of the Old City of Jerusalem in 1995. Unique of its kind, it encourages the study of music offering professional training but above all a place of dialogue and education on peaceful coexistence, where Muslim, Christian, and Jewish children and youngsters study together, united by their passion for music. At the moment the school has over 200 young pupils and about 18 teachers, with growing success. Piano, Violin, Viola, Violoncello, Organ, Singing, Guitar, Composition, Flute, Percussion, Choral Music, Solfege and the History of Music are taught at the Magnificat.

The collaboration with the "Arrigo Pedrollo" Conservatoire of Vicenza started in 2003 with an agreement between the two schools consisting of support for the organization of the teaching. Since then, the Magnificat has used the Conservatoire of Vicenza as a teaching model but also much more: this agreement gave the go-ahead for students to attend the Italian Master Classes, the workshops and the concerts in collaboration with the Conservatoire. This relationship allowed the Magnificat to become a school for obtaining the diploma in piano and organ. In 2014, there was an addendum to the previous agreement that made access to the diploma for all the instruments active in the Conservatoire of Vicenza. In recent years, a new precious result has been obtained with the attainment of the title of baccalaureate, of which Jamil is the standard bearer.

Since 19th February 2019, in addition to the degree, the Magnificat is also officially recognized as being able to continue assisting students, guaranteeing a continuation with the Academic two-year course, the equivalent of post-graduate course.

This is a great objective for the Magnificat, which is confirmed as a school of great value. "What we are starting to work on now,” said the Director, Fr. Alberto Pari "is an even greater challenge: we would like a greater exchange between Italian students and students from Jerusalem, to allow a different musical experience and foster a career in music.”