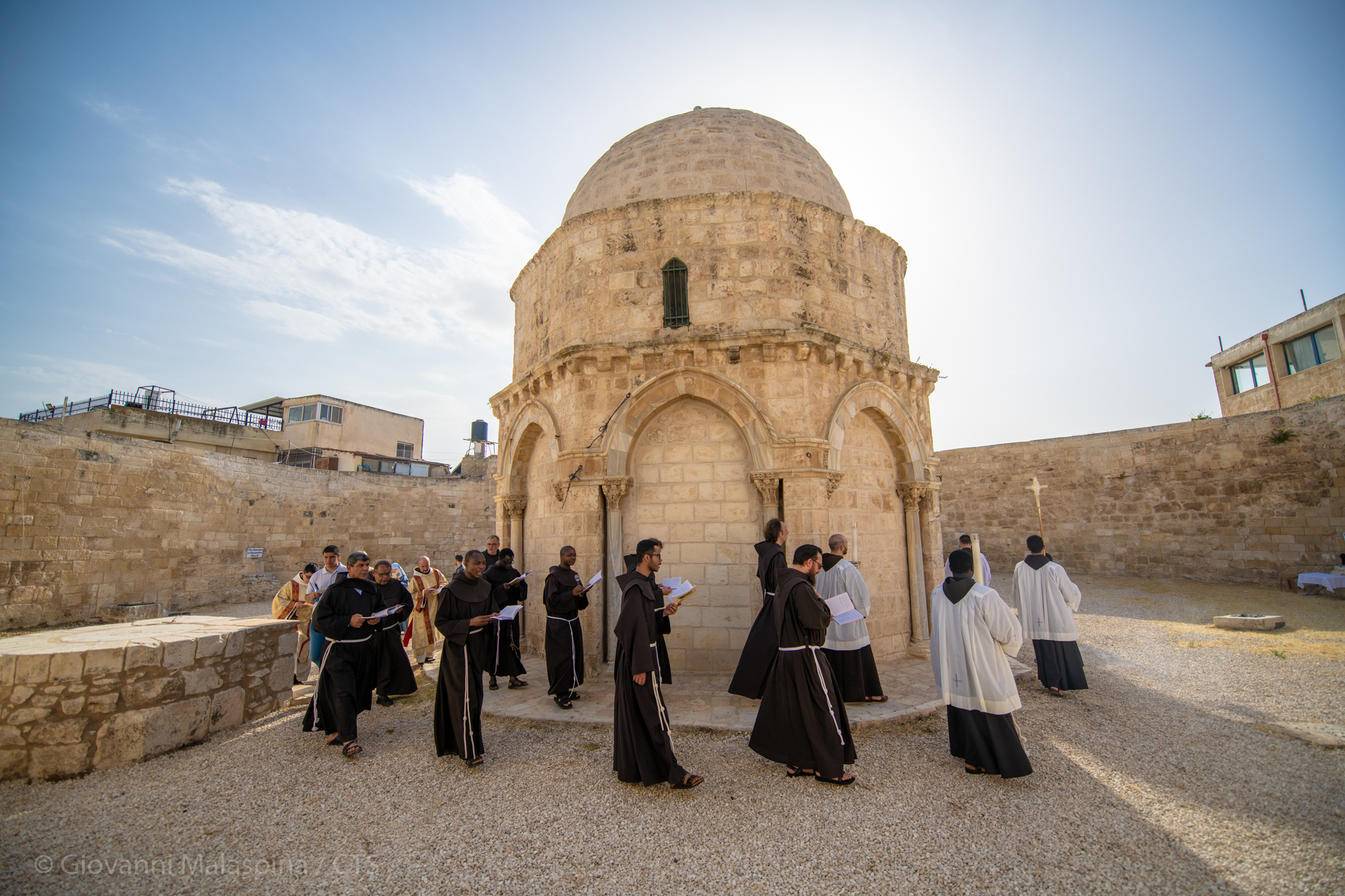 It is on the Mount of Olives, in the place which commemorates the last moments spent by Jesus on Earth, that the Franciscans of the Custody of the Holy Land celebrated the Feast of the Ascension. The celebrations in Jerusalem started on the afternoon of 20th May with the solemn entrance of the Custodial Vicar, Fr. Dobromir Jasztal, into the chapel of the Ascension where, only once a year, on this solemnity,  the Eucharist can be celebrated. The friars and the nuns then prayed  Vespers and Compline in the open, in front of the chapel. The religious, together with very few other lay people, then led the solemn procession which went around the Crusader Edicule, which holds a rock on which tradition recognizes Jesus’ right footprint, three times.

The first Christians commemorated the Ascension by gathering in a grotto on the top of the Mount of Olives, where the Biblical episode is alleged to have taken place, according to the Acts of the Apsotles (Acts 1, 12). The present-day Edicule is all that remains of a Crusader church, destroyed by the Muslims, who bought the place in 1198 and since then it has been the property of the Islamic waqf of Jerusalem. A first church had been built as early as the fourth century: according to some, in 390 by Poimenia, a devout Roman woman, whilst according to the writings of Eusebius, in 333, by the Emperor Constantine, on the request of his mother Helen. The church was destroyed twice over the centuries, until it was rebuilt by the Crusaders. The building of the Edicule which still remains today has been transformed into a mosque, but is not currently used for worship.

On 21st May, the day of the feast of the Ascension, the friars celebrated various Masses in the chapel on the Mount of Olives from very early in the morning. The Solemn Mass, presided by the Custodial Vicar Fr. Dobromir Jasztal was held in the open, outside the chapel. “The Ascension to the Father is an act that completes the comprehension of the resurrection itself, until the effusion of the gift of the Holy Spirit”, said the Vicar in his homily.  By ascending to his Father, Jesus does not abandon his disciples, he remains with them with his work and entrusts them with a mission: “Therefore go and make disciples of all nations, baptizing them in the name of the Father and of the Son and of the Holy Spirit, and teaching them to obey everything I have commanded you. And surely I am with you always, to the very end of the age” (Matthew 28, 19-20).

“Understanding the mystery of salvation and the mission entrusted arrives with time and above all with the personal inclination to accept the gift of the Holy Spirit which has been promised,” explained Fr. Dobromir. “Today, after two thousand years, we could even be tempted to wonder: Lord, when will you come to take us all, to take us where you ascended and to let us enjoy the happiness and the glory to which we are summoned? Unfortunately, we will not receive any answer either containing a date or any precise indication. We also receive the invitation not to look at heaven, but to remain on earth and like the disciples then, to look around us to see where and how we can indicate the presence of the Lord.” The Vicar concluded saying not to ask the Lord for other miracles for us: “We ask for the light and the strength of the Spirit so that we can serve Him in our brothers, always be united with God and reach the glory that we celebrate here.” 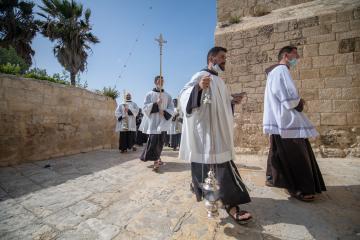 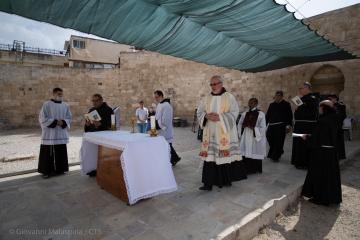 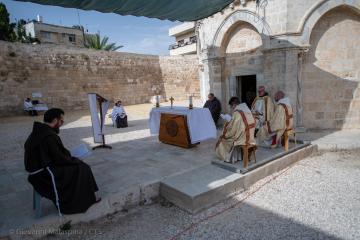 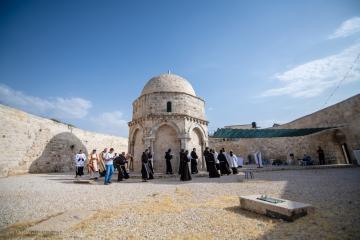 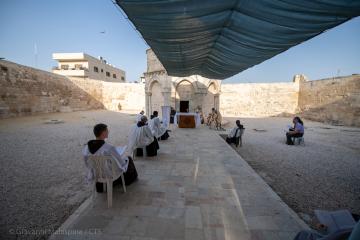 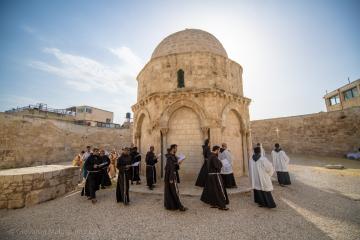 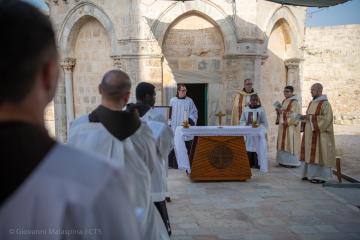 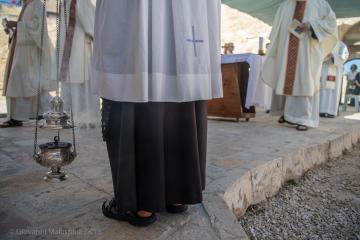 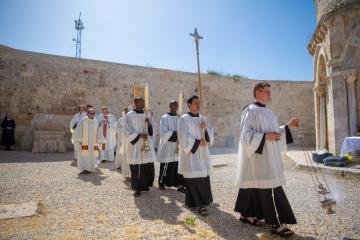 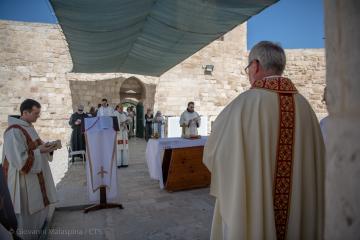 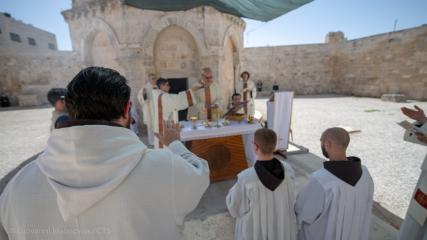 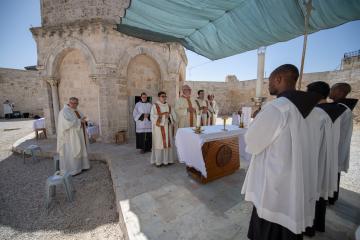 Like Simeon and Cleophas, we recognize Jesus in breaking bread