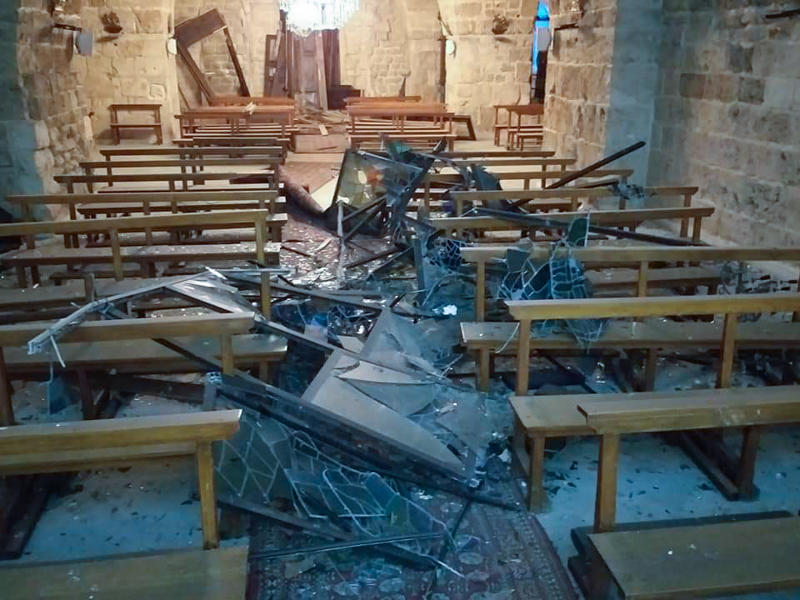 “I was in the rooms of our convent, above the church of Beirut when I heard a very loud noise, like a plane. I went upstairs, I looked outside and the great wave caused by the explosion arrived.” These are the words used by Fr. Roger Saad, a Lebanese friar of the Custody of the Holy Land, who has been in service in Beirut for four years as bursar of the convent, to describe the catastrophe that yesterday befell the capital of Lebanon. The church, closed for the time being due to the rules to prevent the spread of Covid-19, is very well known and constantly visited by tourists and the faithful. It is in the district of  Gemmaize, only 800 metres from the port, where the double explosion took place.

“At the time of the explosion, everything went white, I could not see anything and I was blown away,” Fr. Roger continued.” I immediately ran to find the other friars and I found that they were fine, like me. Outside people were screaming and nobody knew what had happened. I saw injured people, because many had been hit by glass from the windows exploding due to the shock. It was like an earthquake that has destroyed everything.” Because of the explosion, some walls of the convent collapsed, the doors have fallen in, the glass in the windows has been broken and the roof also appears to be seriously damaged. The day after the catastrophe, the Franciscan friars from the nearby convent of Harissa to remove the broken glass to be able to walk in the rooms and then major repair work will also have to be considered.

“When I went out into the street, I saw the houses destroyed and that hurt me even more: this has all happened after a very difficult economic crisis for Lebanon,” says Fr. Roger. “In the past few months, everything has got worse and worse and the cost of living has become very expensive. Many people had already lost their jobs. I felt terrible thinking about the poor people. I am a religious, but people who have families, friends, how will they manage to repair their homes?”. The Franciscan then explained that he spent the night keeping vigil in church, because the doors of the church of the convent had been destroyed. At the time of the explosion,  Fr. Maroun Younan, the local Vicar and Fr. Angelico Pilla, who looks after the church were with him. The guardian of the convent of Beirut and Minister of the St Paul region, Fr. Firas Lutfi, was at that time in Syria, to  see the conditions of four friars infected by Covid-19 in Damascus.

“As soon as the explosion took place, the friars contacted me with a video call and  I heard the cries of a friar who said that everything had been blown up: the convent, the rooms, everything,” says Fr. Firas. “I immediately thought it had been a car bomb or a missile, but the friars told me that it was only something very serious and they did not know  what had happened. Their faces were covered with dust, but I could see that they were all right. We sent the oldest friar to the nearby Franciscan convent of Harissa for the night. The other two friars remained to keep vigil b they were worried about someone coming in.” The Franciscan of the Custody of the Holy Land explained that in situations like this there is chaos  e that there had been demonstrations and protests in Beirut in the past few months because of hunger, a problem  which had got even worse due to the Covid-19 pandemic. “Because of the explosion, many families will be homeless and could attack the stores because of hunger,” the friar continued. We will then have to think about restoring the convent and the church. We are speaking about a house with a great artistic value, as two hundred years ago, the very first theatrical performance in Beirut was held here. The convent is considered part of the historic heritage of Beirut”. Fr. Firas Lutfi has called on international solidarity: “I believe that the word solidarity summarizes everything: spiritual solidarity with  prayer, human solidarity in helping the thousands of casualties. Very many families are now homeless and this adds one more catastrophe to many other difficult situations Lebanon is going through at the moment.”

From Jerusalem, the Custos of the Holy Land, Fr. Francesco Patton sent a message to the friars to invite them to pray: “I invite you all the pray for the dead, for the wounded and for their families. I invite you to pray so that this episode remains an accidental episode and does not generate into a new conflict. May the Prince of Peace, Our Lord Jesus Christ, give peace to Lebanon, and May, Queen of Lebanon, protect all her children.” 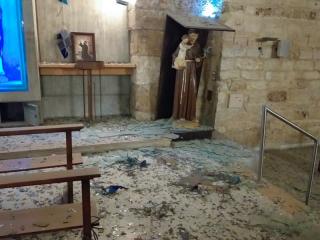 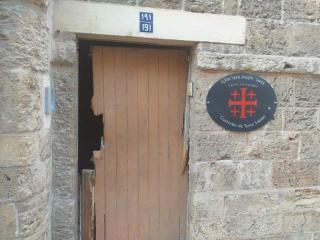 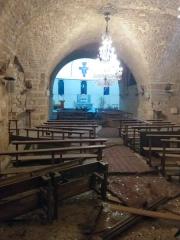 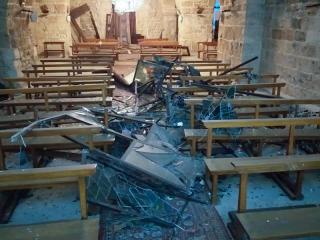 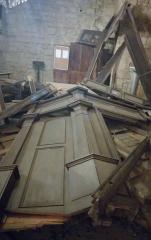 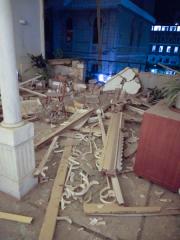 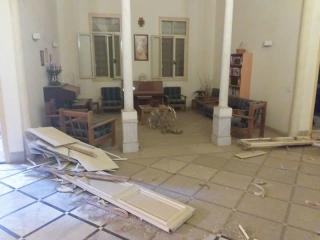 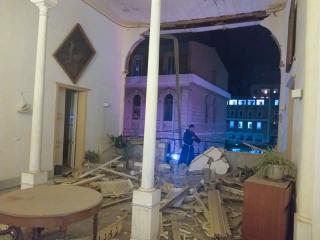 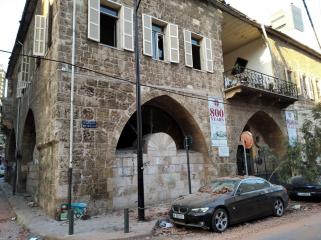 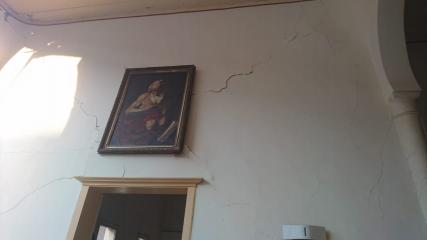 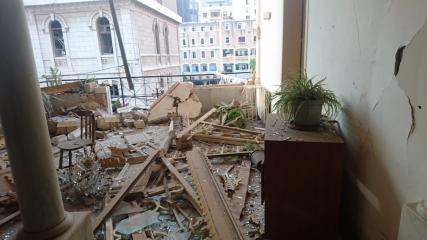