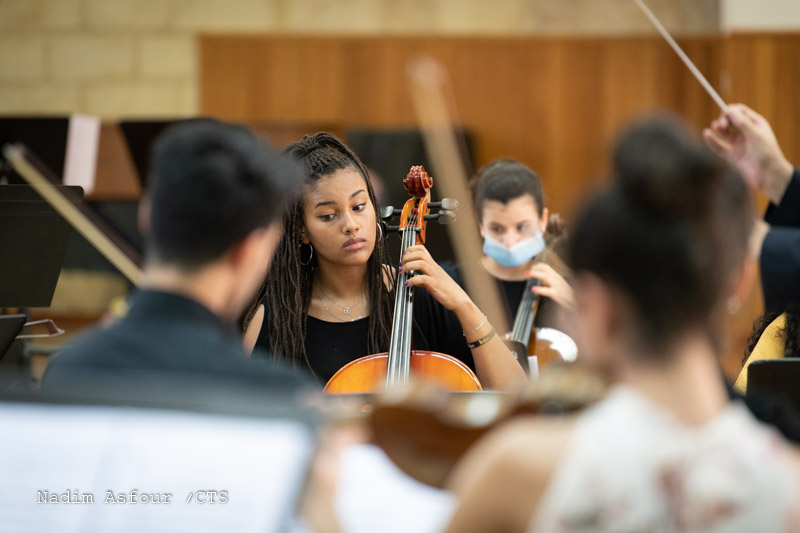 The Magnificat Institute of Music of Jerusalem, in spite of all the difficulties, officially ended the academic year in Friday 17th July with a concert that wsa live streamed on the school’s Facebook page. Despite all the difficulties due to the measures that the State of Israel has implemented to fight the global pandemic, the Institute, founded in Jerusalem in 1995 and linked to the "Arrigo Pedrollo" Conservatory  in Vicenza (Italy), has continued to prove itself a centre of excellence for music even in this particular period.

“When the communication about total isolation arrived,” Fr. Alberto Pari, Director of the Magnificat Institute, said, “as it had already been announced by rumours, at the administration level we were already ready. Just a few days earlier we had held a meeting with the teaching staff when we pooled ideas to cope with this new adventure.” Thanks to their technological knowledge, during the meeting, various teachers suggested systems for holding classes online and sending material safely, as well as using platforms to continue rehearsals and let the youngsters meet, ensuring a high quality of teaching, in order to avoid repercussions and echoes for the practice sessions.

Over the weeks, especially at the beginning, the Administration monitored how the lessons were progressing. “The most successful ones,” continued Fr. Pari “were the lessons on theory and solfège: the youngsters were used to being in classes of seven or eight students, with the classic difficulties of distraction. This time, they were at home, supported only by their parents, therefore there was maximum profit.

Those who found it hardest, on the other hand, were the small children, the beginners, in particular of the violin and cello, because having a teacher who corrects the position of the finger on the string, the posture of the hand and of the body is necessary right from the start.”

Once sure of the success of the online platforms, they had to deal with unexpected events. Fr. Alberto relates that “strings broke and instruments were out of tune. Sometimes the teacher had to go to their students’ homes but staying outside, wearing gloves and a mask and keeping the due distances, tune or adjust the instrument in the carpark and return it to them.” All said and done, it was a period that also left room for a great deal of creativity, as can be seen from the videos that were very popular on the Facebook page: in the percussion lessons, for example, the teacher suggested using the set  of kitchen pots and pans to obtain different sounds and work on the different rhythms.

Despite everything, as soon as it was possible to go back, the Magnificat gradually resumed its regular activity, at first staggering and using the largest and best ventilated rooms available, and shortly afterwards it was time for the final examinations. All the students sat the exams, some online and others in person. “The most courageous thing,” comments Fr. Alberto “was facing the grading examinations, the ones with thresholds, which are certified and given by the  “A. Pedrollo” Conservatory of Vicenza. I am proud to say that  100% of the students passed the examinations and three of them have been selected for the introductory course in three different instruments: violin, guitar and piano.”

Another point of merit was the surprising preparation of the Orchestra: although they could not meet, the conductor decided to have the instrumentalists practise by sending them their parts online and following them first individually and then in groups of four, to outline, in the end, the total harmony. Or like the teacher of the trumpet and wind instruments, who played together with the musicians in a video-conference, each from their own home.

“When we were able to meet again, the idea of an end-of-year concert was suggested. Because of the new restrictions imposed in the country, we decided to hold the concert behind closed doors, for the first time live streaming it in full on our Facebook page. The feedback was surprisingly good, with more than three thousand five hundred views and more than ten thousand people reached. These number also make us hope that it will be possible to use this instrument again in the future.” 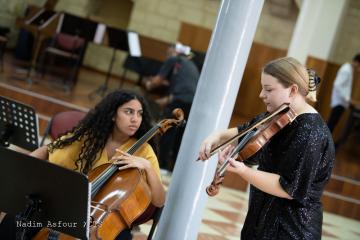 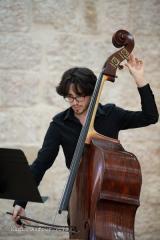 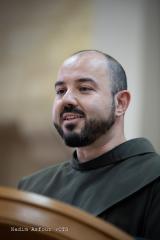 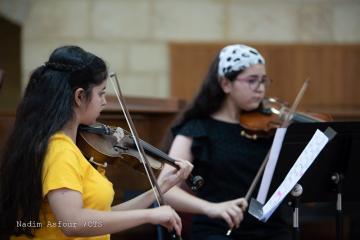 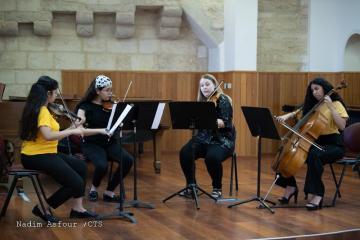 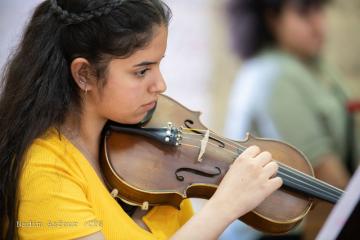 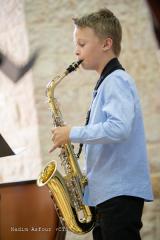 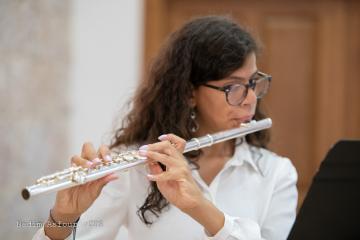 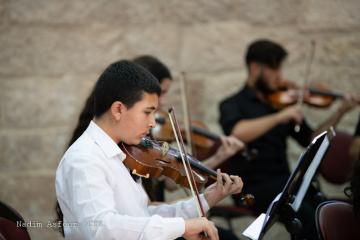 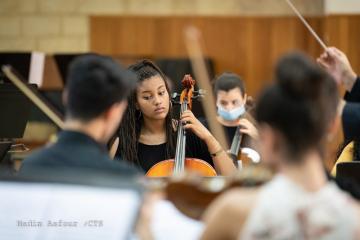