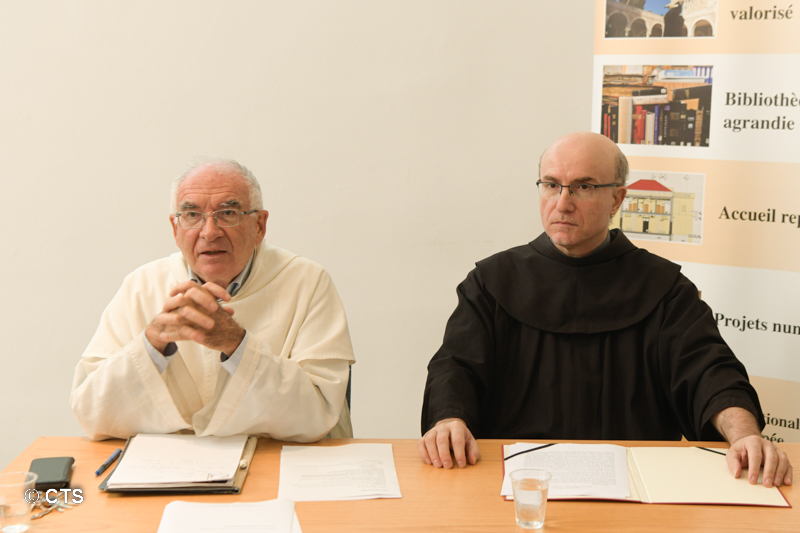 The Dies Academicus, the annual meeting opening the academic year of the École biblique and of the Studium Biblicum Franciscanum (SBF), two of the most important Catholic academic institutions present in the Holy Land, took place on Tuesday 15th November in St Stephen’s church at the Dominican convent – seat of the École biblique et archéologique française of Jerusalem (EBAF).

Each year, this event is hosted alternately in one of the two seats.

In the first part of the morning, there was the participation and the addresses by Father Jean Jacques Pérennés, OP, director of the EBAF and fr. Rosario Pierri, ofm, dean of the SBF: both illustrated the events and the scholastic and scientific excursus of the past academic year and anticipated the activities of the current year.

“As every year, we are delighted to host the Studium Biblicum and continue the many projects of collaboration with them,”  said Father Jean Jacques Pérennés. “Today represents a fundamental moment that acts as a hinge between two academic years: it serves to present what has been done and speak about what will be done.” Father Pérennés emphasized how, after the years of Covid, the situation has recovered with great enthusiasm and illustrated all the activities carried out, anticipating the important day of study on 15th December, which will be on the Latin Vetus,  the oldest version in Latin of the Bible, a topic which has recently been greatly studied by researchers.

Fr. Rosario Pierri also recalled the events that marked the academic year in the two seats of study at St Saviour and the Flagellation, including the numerous scientific publications, the various lectures given and the Biblical-theological refresher course.

“We alternate in organizing this Dies Academicus, a sign of the precious collaboration, now a decade old, between Dominicans and Franciscans,” said Fr. Rosario Pierri, dean of the SBF.  “Over time, we have learned to collaborate with more synergy, putting an exclusive heritage of books at the disposal of students and researchers. The presence in Jerusalem of these two institutions makes our Biblical training offer truly unique, which is shown in the variety of literary production and in the liveliness of thought that circulates in these milieus.” Fr Pierri insisted on the need to work together so that “in these times when humanistic studies are now relegated to an ancillary condition compared to purely technical ones, the lantern on them must not be extinguished, as they include, although independently, our studies.”

Fr. Pierri reserved a particular focus on the Library, the jewel in the crown of the Studium Biblicum: “In addition to the students and readers of the institutes of Jerusalem, the users from abroad who are here for periods of study and research have also increased,” emphasized Fr. Pierri. “In the past year, more than 1,000 books have entered the library: now the library  of the Studium Biblicum Franciscanum possesses about 59000 volumes and over 1118 titles of journals.”

At the end of his address, Fr. Rosario Pierri evoked Father Frédéric Manns, the Biblical scholar and specialist in exegesis of the New Testament who died last December, showing the images of the video prepared by the Christian Media Center in his memory, and inviting those present to the “Immaculate” Auditorium at St Saviour’s on 9th December for the presentation of the book “Raccontando la Bibbia”, which brings together the articles by Father Manns which were published in the Osservatore Romano.

In the second part of the morning, there was the lecture “Le Psautier. Un commentaire d’un nouveau genre” by Marc Girard, Professor Emeritus at the University of Quebec in Chicoutimi and Visiting Professor at the École Biblique et Archéologique Française de Jérusalem. Girard, a specialist of the biblical psalter, spoke of a new kind of commentary on the Psalms which he is carrying on as part of the research programme of the EBAF “The Bible in its Traditions”. The original characteristics of this project, called BEST (La Bible en ses Traditions), are the translation of the Bible through the comparison of the Hebrew text with the most important ancient versions (Syriac, Greek and Latin), going back over the reception of the text over the centuries and creating a dialogue between the historical study of the Scriptures and their rich variety of interpretations over the centuries, in different categories of annotation (including music, classic and modern human sciences and the history of art). 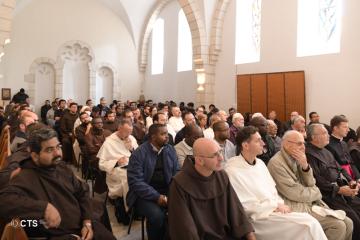 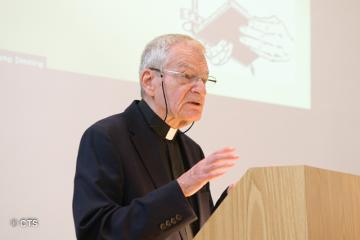 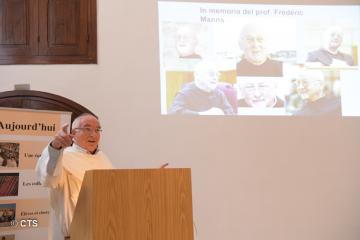 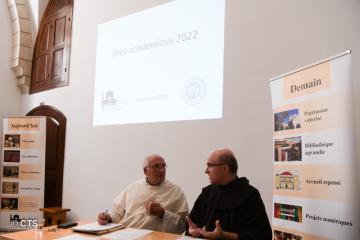 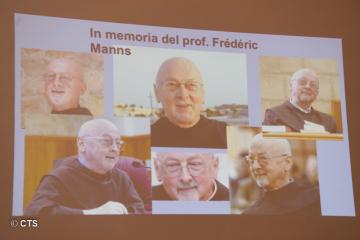 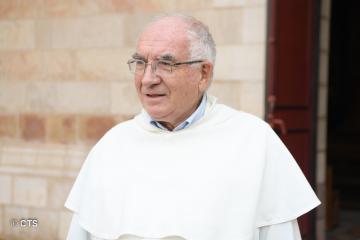 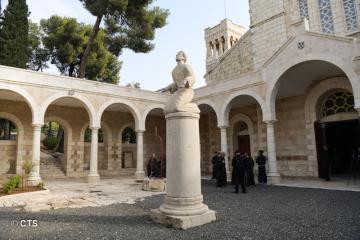 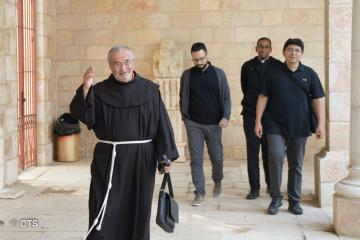 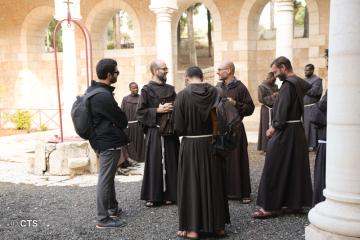 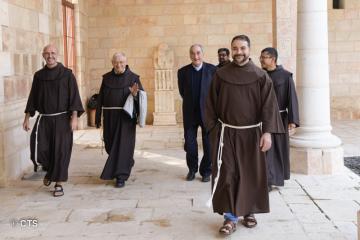 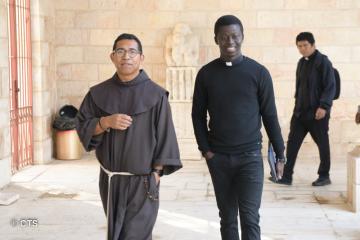 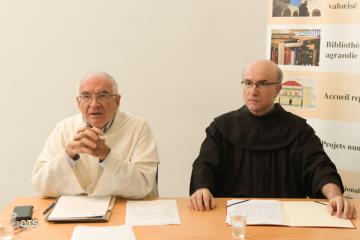 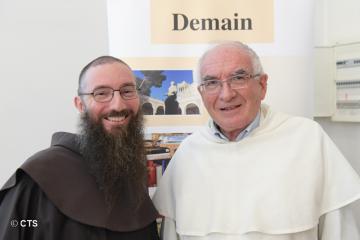 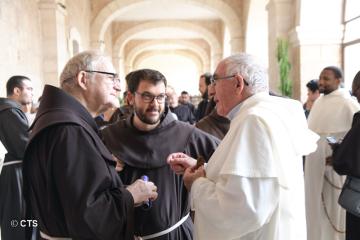 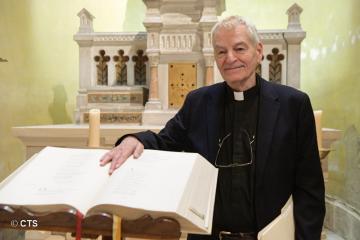 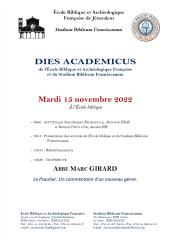