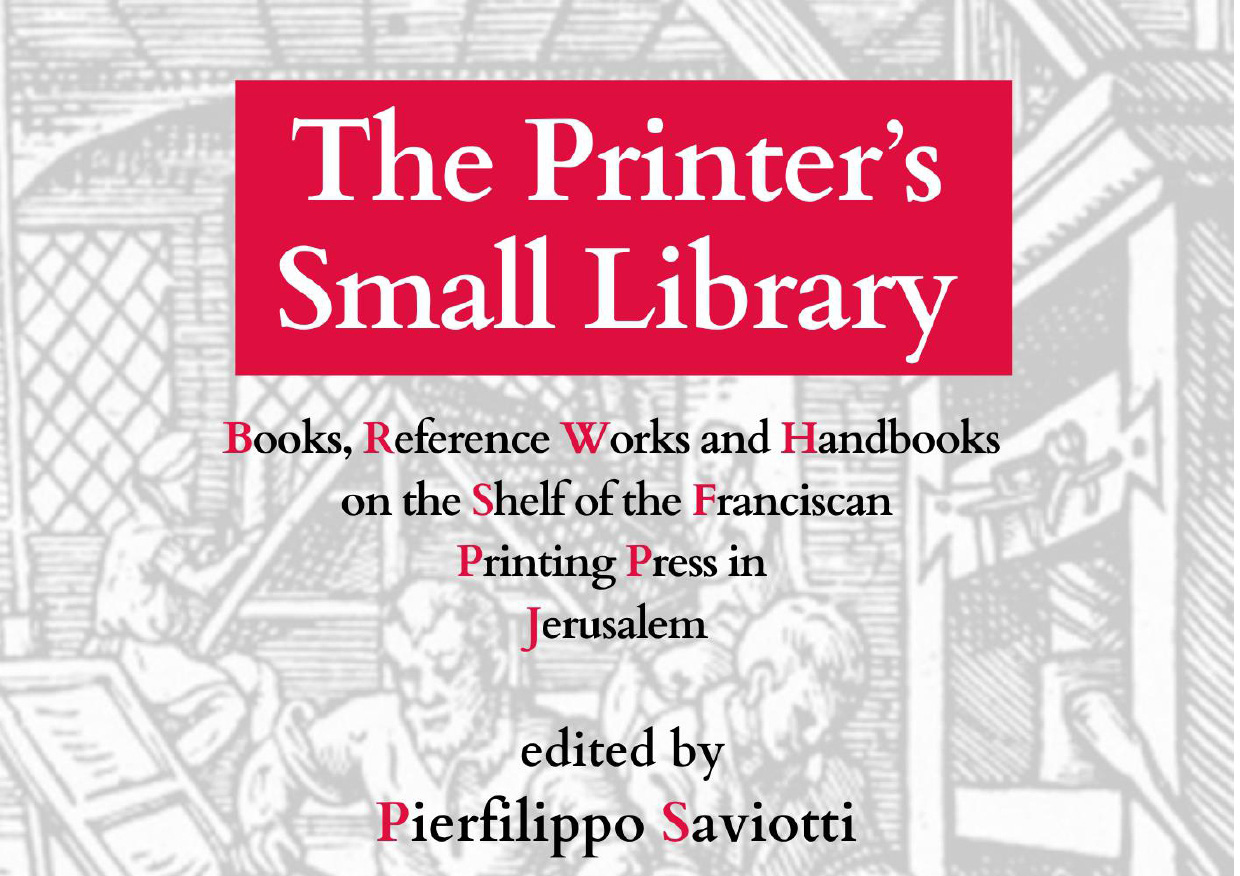 The new digital exhibition entitled "The Printer’s Small Library. Books, Reference Works, and Handbooks on the Shelf of the Franciscan Printing Press in Jerusalem" will be online on the site of the Custodial Library from19th May 2020.

Curated byPierfilippoSaviotti, the exhibition is part of the initiatives of the  "Books Bridges of Peace” project of the C.R.E.L.E.B. (European Research Centre for the Book, Publishing, and Libraries) and the Catholic University of the Sacred Heart of Milan (Italy), in collaboration with the NGO Pro Terra Sancta and the General Library of the Custody of the Holy Land. The exhibition focuses on the collection of handbooks and reference books that were necessary for the work of the Franciscan Printing Press of Jerusalem, which was founded in 1847 by the Franciscan Friars Minor of the Custody. According to the Curator’s note, the aim of the exhibition is to present some of the texts that have been part of the library of the Franciscan Printing Press, now kept in the “Franciscan Printing Press” collection of the General Library of the Custody of the Holy Land in Jerusalem. Mainly handbooks and collections of samples, the books on display were overtime essential for the friars-printers, who every day had to deal with problems on the technical, graphic or productive side, as well as finding the characters, or on the maintenance of the machines.

The exhibition route is divided into seven sections, based on the source taken into consideration: after a historical introduction with the display of a text by Steinberg which outlines the ups and downs of the spread of printing, there are more technical texts such as typographic handbooks, books on the description and use of printing presses, but also collections of samples and books on graphics and on the binding.

The Franciscan Printing Press was founded on 14th July 1864 thanks to the support of Fr. Sebastiano Frötschner and Fr. Barnaba Rufinatscha, sent by the Commissariat of the Holy Land of Vienna, who started this activity. At its birth, during the Ottoman Empire, the Franciscans needed their own printing works so that they could easily circulate books such as grammars or catechisms for the local population, in a non-Christian context.

As time went on, the "tipografia de' PP. Francescani" of the beginnings, based at St Saviour’s Convent, changed home and name, becoming the "Franciscan Printing Press" during the British Mandate. There was then the recent decision to move to Bethphage, where it is currently run by local Christians, with another office in Milan (Italy), called "Edizioni Terra Santa".

"It is precisely this evolution,” we can read in the introduction by Edoardo Barbieri, a lecturer at the Catholic University of the Sacred Heart in Milan and Director of theC.R.E.L.E.B. "that has made the experience of the FPP “historic”,  such as to allow its reinterpretation and restore the value of its cultural heritage." 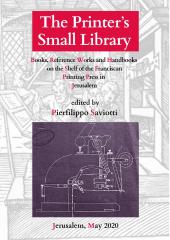